What is the Clery Act?

In April 1986, Jeanne Clery's life ended tragically when another student sexually assaulted and murdered her in her residence hall room. Alarmed at the lack of transparency around crime and violence on college campuses, Jeanne's parents committed themselves to create enduring change. In 1990, Congress approved the Crime Awareness and Campus Security Act. Later renamed in Jeanne's memory, the Jeanne Clery Act took effect in 1991.

The Clery Act requires all institutions of higher education that participate in the federal student financial aid program to disclose information about crime on their campuses and in the surrounding communities. The Clery Act affects virtually all public and private universities in the United States and is enforced by the U.S. Department of Education. Campuses that fail to comply with the act face penalties ranging from fines to suspension of federal financial aid.

A general summary of requirements is as follows:

The Clery Act requires reporting of crimes in eight major categories, some with significant sub-categories and conditions.

Any sexual act directed against another person, without the consent of the victim, including instances where the victim is incapable of giving consent.

The taking or attempting to take anything of value from the care, custody, or control of a person by force or threat of force or violence and/or by putting the victim in fear.

An unlawful attack by one person upon another for the purpose of inflicting severe or aggravated bodily injury. This type of assault usually is accompanied by the use of a weapon or by means likely to produce death or great bodily harm. (It is not necessary that injury result from an aggravated assault when a gun, knife or other weapon is used which could or probably would result in a serious potential injury if the crime were successfully completed.)

The theft or attempted theft of a motor vehicle. (Classify as motor vehicle theft all cases where automobiles are taken by persons not having lawful access, even though the vehicles are later abandoned - including joy riding).

Any willful or malicious burning or attempt to burn, with or without intent to defraud, a dwelling, house, public building, motor vehicle or aircraft, personal property of another, etc.

The reauthorization of the Violence Against Women Act (VAWA) was an amendment to the Clery Act put into place in 2013.  It expands the rights afforded to campus survivors of sexual assault, domestic violence, and stalking.

Violence committed by a person who is or has been in a social relationship of a romantic or intimate nature with the victim; The existence of such a relationship shall be determined based on the reporting party's statement and with consideration of the length of the relationship, the type of relationship, and the frequency of interaction between the persons involved in the relationship. For the purpose of this definition:

A felony or misdemeanor crime of violence committed:

Sexual Assault is an offense that meets the definition of rape, fondling, incest, or statutory rape as used in the FBI's Uniform Crime Reporting (UCR) program.  Per the National Incident-Based Reporting System User Manual from the FBI UCR Program, a sex offense is "any sexual act directed against another person, without the consent of the victim, including instances where the victim is incapable of giving consent." Refer to the definitions above for rape, fondling, incest, and statutory rape.

Engaging in a course of conduct directed at a specific person that would cause a reasonable person to:

Hate crimes include all of the criminal offenses with the addition of intimidation, vandalism, larceny, and simple assault.  The additional crimes will only be counted in the Clery statistics if they are motivated by hate.  The categories of bias include the victim's actual or perceived race, religion, gender, gender identity, sexual orientation, ethnicity/national origin, and disability.

The unlawful taking, carrying, leading, or riding away of property from the possession or constructive possession of another. Attempted larcenies are included. Embezzlement, confidence games, forgery, worthless checks, etc., are excluded. Motor Vehicle theft is also excluded.

An unlawful physical attack by one person upon another where neither the offender displays a weapon, nor the victim suffers obvious severe or aggravated bodily injury involving apparent broken bones, loss of teeth, possible internal injury, severe laceration, or loss of consciousness.

To unlawfully place another person in reasonable fear of bodily harm through the use of threatening words and/or other conduct, but without displaying a weapon or subjecting the victim to actual physical attack.

To willfully or maliciously destroy, damage, deface, or otherwise injure real o personal property without the consent of the owner or the person having custody or control of it.

Bias is a preformed negative opinion or attitude toward a group of persons based on their race, gender, religion, sexual orientation, ethnicity/national origin, disability, or gender identity.  Although there are many possible categories of bias, only the following categories are reported:

This is defined as the violation of laws or ordinances prohibiting the manufacture, sale, purchase, transportation, possession, concealment, or use of firearms, cutting instruments, explosives, incendiary devices or other weapons.  This classification encompasses weapons offenses that are regulatory in nature

Drug Abuse Violations are defined as the violation of laws or ordinances prohibiting the production, distribution and/or use of certain controlled substances and the equipment or devices utilized in their preparation and/or use.  The unlawful cultivation, manufacture, distribution, sale, purchase, use, possession, transportation or importation of any controlled drug or narcotic substance.  Arrests for violations of state and local laws, specifically those relating to the unlawful possession, sale, use, growing, manufacturing and making of narcotic drugs.

Liquor Law Violations are defined as the violation of state or local laws or ordinances prohibiting the manufacture, sale, purchase, transportation, possession or use of alcoholic beverages, not including driving under the influence and drunkenness.

What is a CSA?

A CSA is a person referred to as a campus security authority by the Clery Act.  CSA's are a vital part of data collection for the annual safety and security report.

The Clery Act requires MUW to provide an annual campus safety and fire report. In addition to input from law enforcement, certain positions are designated as Campus Security Authorities (CSA) for the purpose of providing information for this report. CSAs are usually found in departments responsible for, but not limited to, student and campus activities.

How Are CSAs Identified?

The law defines the following four categories of CSAs:

It is imperative that we maintain an effective way to manage reports that Campus Security Authorities receive. The university requires CSA’s to notify the MUW Police Department about crime information as soon as they become aware of it by completing this CSA Incident Report form. CSAs should not investigate crimes or attempt to determine whether in fact a crime occurred. Rather, a CSA’s obligation is to simply report the information as soon as possible.

If you are in doubt as to whether a crime is reportable, please err on the side or reporting the matter. If you have any questions, please contact MUW Police Department at 662-241-7777.

Clery Act reporting is based on where the incident occurred. To help distinguish which properties are reportable for the W campus, the Clery geography map color codes properties based on the reportable location definitions classified by the U.S. Department of Education.
The following areas are distinguished on the W’s Clery geography map for reporting and notifications:

And
Any building or property that is within reasonably contiguous to the area identified in paragraph (1) of this definition, that is owned by the institution but controlled by another person, is frequently used by students, and supports institutional purposes.

Or
Any building or property owned or controlled by an institution that is used in direct support of, or in relation to, the institution’s educational purposes, is frequently used by students, and is not within the same reasonably contiguous geographic area of the institution.

Annual Campus Security and Fire Safety Reports are requirements of the Jeanne Clery Act and must be published each year by October 1.

Each Annual Campus Security and Fire Safety Report documents three calendar years of select campus crime statistics, summaries of campus security policies and procedures, and information on the basic rights guaranteed victims of sexual assault. At MUW, we publish a combined Security & Fire Report which includes information on fire safety policies and statistics for the past three calendar years. Federal law requires schools make the reports available to all current students and employees, and prospective students and employees must be notified of its existence and given a copy upon request. 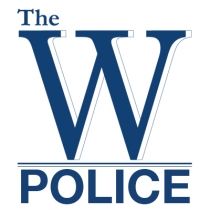