The Eudora Welty Writers’ Symposium, an annual October event at Mississippi University for Women, was established in 1989 by the Division of Humanities to honor Miss Welty and to commemorate the inauguration of Dr. Clyda Rent. During the Symposium, which is sponsored by the College of Arts and Sciences, Southern writers read from and discuss their works to an audience of several hundred. In 1996, the symposium and its director, Dr. Ginger Hitt, were presented the first-ever Chair’s Award for Excellence by the Mississippi Humanities Council.

Each year a theme is chosen to provide coherence and to stimulate interest. Writers whose works embody the year’s theme are invited to read and discuss their work. In its first thirty years from 1989 through 2018, 227 different writers and scholars have appeared, over 40 of whom have returned for a second or third symposium (or more). A list of past themes and participants is provided below.

Many writers featured at the symposium have been prize-winners on state, national, and international levels. Four have been Pulitzer Prize winners: Yusef Komunyaaka in 1994 for poetry, Edward Humes in 1989 for special reporting in journalism, Donald Justice in 1980 for poetry, and Natasha Trethewey in 2007 for poetry. Steve Yarbrough won the Pushcart Prize in 1998; Judson Mitcham won a Pushcart poetry prize in 1989; Al Young won the Pushcart in 1976 and 1980. Young is also the winner of the American Book Award in 1982, a PEN USA award in 1996, and has served as Poet Laureate of California. Other poet laureates include Paul Ruffin (Texas) and Natasha Tretheway, who served as poet laureate of Mississippi and of the United States simultaneously (though Mississippi honored her first).

Other awards abound. Mark Childress’s Crazy in Alabama has been published in the United States, Great Britain, Germany (where it was abest seller for 10 months), Spain, Italy, France, Russia, Holland, and Denmark. It is now a movie as well. Lewis Nordan won the Notable Book Award from Alabama for three different books; twice he has been awarded the Best Fiction Award by the Mississippi Institute of Arts and Letters. His novel Wolf Whistle won the Southern Book Award. Will Campbell was the first recipient of the Alex Haley Award for Distinguished Tennessee Writers; in 1995, he was awarded the Tennessee Governor’s Award. Several writers have been recipients of writing fellowships from the National Endowment for the Humanities and the National Endowment for the Arts, among them Elizabeth Spencer (several times, one for $40,000), Ellen Gilchrist, Dannye Romine-Powell, Brenda Marie Osbey and Judson Mitcham. Guggenheim fellowships have been awarded to Randall Kenan, who also won the 1995 Sherwood Anderson Award, to Elizabeth Spencer, to Donald Justice, and to Beverly Lowry.

Scholars, as well as writers, are invited to the conference. Mississippi University for Women and the University Press of Mississippi jointly award the Eudora Welty Prize to an outstanding work of literary scholarship. The prize consists of publication of the manuscript by the Press and a $2000 cash award by MUW. The winner of this prize is invited to present her or his work at the symposium. Prize winners are exemplary scholars in their respective fields; Phillip Page, the 1996 winner for his work on the novels of Toni Morrison, was awarded the 1997 Toni Morrison Prize by the Toni Morrison Society. Outstanding Welty scholars, such as Suzanne Marrs, Pearl McHaney, Jan Nordby Gretlund, Michael Kreyling, Peggy Prenshaw, Rebecca Mark, and Peter Schmidt have appeared. Kreyling, Mark, McHaney, and Schmidt are Welty Prize winners or finalists.

2021 “’All They Saw Was at the Point of Coming Together’: A Confluence of Southern Writers”

2020 “‘Walking Along in the Changing-Time’: Southern Writers in Uncertain Times”

2018 “‘As If the Ear of the World Listened’: Celebrating Thirty Years of Southern Stories”

2017 “‘So the incident became a story’: Tales and Truths Around the South,”

2015 “‘This Very Leap in the Dark’: New Beginnings in Southern Letters”

2014 “‘Homesick for Somewhere’: Displacement, Loss, and Longing in the South”

2013 “‘Alive as Ever, on the Brink of Oblivion’: Southern Writers in the Eye of the Storm”

2012 “‘River the Color of Blood’: Crime and Passion in a Gothic South”

2011 “Crossing Cultures in the South: ‘into the lovely room full of strangers'”

2010 “‘Never Think You’ve Seen the Last of Anything’: Of Optimists and Other Endangered Species”

2008 “Mirrors for Reality: the Past and Future Wrapped like Butterfly Wings.”

2007 “‘Amending but never taking back’: Hope and Despair as the ‘Closest Blood’ in Southern Literature”

2006 “‘Passing the Torch’ from the ‘Foot of the Ladder’: Teaching and Learning in Southern Literature.”

2005 “‘Playing on the Air. . .Like a Signal or a Greeting’: Convergent Voices in Southern Literature.”

2004 “What might be out of sight. . .”: Focusing the Image, Composing the Scene, and Directing the Eye in Southern Literature

2003 Their own visioning: The Power of Landscape in Southern Literature

2002 The Dear Dust of Our Long Absence: Journeys to and from the South

2001 A Kindred Soul to Laugh With: The Comic Spirit in Southern Literature

2000 Setting New Places at the Reunion Table: Inclusion in the Southern Literature of the New Century or “She knows we’re all part of it together, or ought to be!”

1999 Transforming Autobiography and History: Fiction as “The Continuous Thread of Revelation.”

1997 The Place of Place in Contemporary Southern Writing

1994 Keeping the House in Order: Civil and Domestic Conflict in Southern Literature

1993 The Shaping Spirit of the Imagination: The Creative Art of Southern Writing

1992 Infinite Variety: The Many Modes of Southern Writing

1990 Finding a Voice: A New Generation of Southern Writing

Friends of the Welty Series 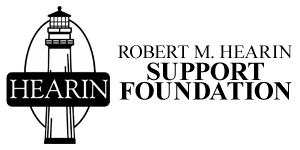 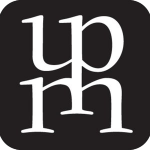