On Friday, October 28, at 7:00 p.m., students from the Ina E. Gordy Honors College, alumni and community members are invited to join us for an elegant evening in downtown Columbus. The Welty Gala begins with a Friends reception with this year’s Welty Symposium authors followed by dinner and presentation by Emmy Award-winning Actor, Author, Director, and Producer Henry Winkler.

The Welty Gala is our annual fundraiser for the MUW Scholarship Fund. To ensure the success of this event, MUW is seeking supporters who will participate as Benefactors, Patrons, and Friends. We are especially grateful for your support of this event and the opportunity it provides to the community and our Ina E. Gordy Honors College students to further their academic experience beyond the classroom. 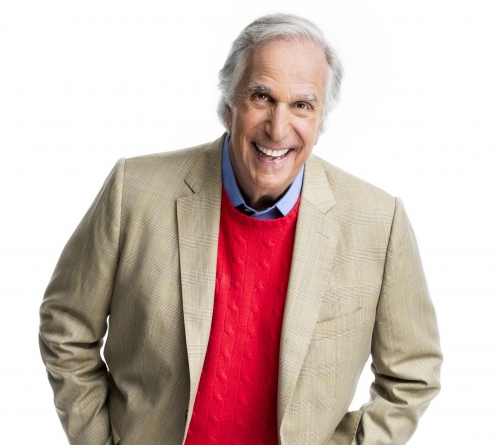 Henry Winkler has enjoyed more than four decades of success in Hollywood and continues to be in demand as an actor, producer, and director. He currently co-stars as Gene Cousineau in the hit HBO dark comedy Barry.

A 1973 audition forever changed the life of the Yale School of Drama graduate when cast in the iconic role of Arthur “The Fonz” Fonzarelli in Happy Days. For that role, he won two Golden Globe Awards, was nominated three times for an Emmy Award, and was honored with a star on the Hollywood Walk of Fame.

Winkler has appeared in many television series and on the big screen. He has lent his voice to several shows and appeared on Broadway. His work has received accolades including an Emmy Award, two Daytime Emmy Awards, two Golden Globe Awards, and one Critics Choice Award.

Winkler is also a New York Times best-selling author. He and his co-author, Lin Oliver, have written more than 36 children’s novels published around the world in nine languages with more than five million copies sold.

Winkler believes in helping others and is especially passionate about children. He has served many organizations advocating for children. For his work, he has received a number of awards including the Chevalier de l’Ordre des Arts et des Lettres, the French Ministry of Culture’s highest honor; an AARP Inspire Award; and he was named an Honorary Officer of the Most Excellent Order of the British Empire by the Queen of England in recognition of his services to children with special education needs.

Of all the titles he has received, he relishes those of husband, father, and grandfather most. Winkler and his wife have three children and six grandchildren and reside in Los Angeles.

Scholarship funds help The W strengthen our dynamic learning environment to benefit our entire student body. Scholarship support does so much more than provide tuition assistance; it recognizes and rewards hard work and dedication giving students opportunities to hone career choice and pursue their dreams. Scholarship funds make the difference in whether or not many deserving students are able to attend The W.

$5000 ($3,800 tax deductible)
Eight seats at a named table including preferred dinner service
Eight invitations to a private reception with Mr. Winkler
Four autographed copies of a top-selling book by Mr. Winkler
Prominent program recognition
One quarter-page advertisement in the Spring 2023 issue of our alumni magazine, Visions
A 20-meal ticket to the MUW Hogarth Dining Center
Or a 20 -session pass to the MUW Stark Recreation Center

$500 ($400 tax deductible)
Dinner seating for one
Invitation to a private reception with Mr. Winkler
An autographed copy of a top-selling book by Mr. Winkler
Program recognition