Program of the 32nd Annual

The theme for this year's symposium is “'Walking Along in the Changing-Time': Southern Writers in Uncertain Times." It is inspired by Eudora Welty's story “The Wide Net.”

Times listed are approximate start times of each reading in Central Daylight Time. Sessions will be at the following times:

All sessions will be live-streamed on Facebook at our WeltySymposium Group.
Books are available for purchase through The Bookend.
For signed copies, contact the author through their author website. 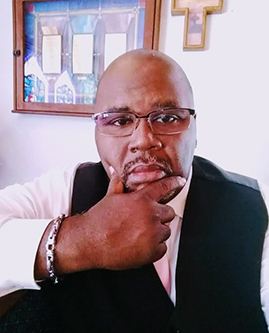 S. A. Cosby hails from Southeastern Virginia, where he writes fiction, works as a mortician's assistant, and is an avid hiker and chess player.  In the title of its review, The New York Times has called Blacktop Wasteland, “A Roaring, Full-Throttle Thriller, Crackling With Tension and Charm,” praising it as "a gritty, thrilling reminder that small-town America has an underbelly, too." Set in rural Virginia, the novel follows amateur drag racer Beauregard “Bug” Montage as he must choose whether or not to follow his father’s path of crime as a getaway driver, in order to save his small-town mechanic shop. It is a story of the clash between Black male identity and Southern identity within its main character and late at night where men gather to race on lonely highways. Previous novels by S. A. Cosby include My Darkest Prayer and Brotherhood of the Blade. His short story, “Slant-Six,” in which Bug Montage first appeared, was selected as a distinguished story for Best American Mystery Stories in 2016. 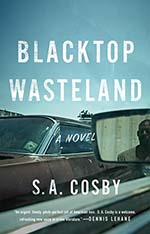