Program of the 27th Annual

The theme for this year's symposium is "''This Very Leap in the Dark': New Beginnings in Southern Letters" which is inspired by Eudora Welty's essay "Words into Fiction" from her collection of essays The Eye of the Story..

The full schedule can be found on our poster. 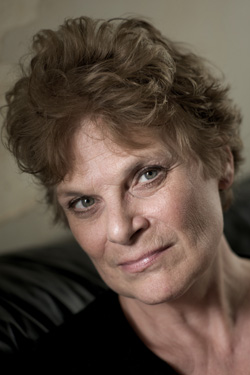 author of The Ice Garden

Novelist Moira Crone returns as the keynote speaker, reading from her recent novel, The Ice Garden, which tells the story of 10-year-old Claire McKenzie, who takes care of her newborn sister Sweetie while their mother sinks deeper into mental illness. Claire and her father are captivated by her mother’s beauty and musical talent, even as they each become increasingly aware of the dangers her neglect and capricious demands create for the family. Set against the segregated backdrop of 1960s North Carolina, the novel also explores the world of the family’s maid, Sidney, who raises the two girls.

Moira Crone grew up in North Carolina and lives in New Orleans. She is the author of six books, and is recipient of the 2009 Robert Penn Waren Award from the Fellowship of Southern Writers for her fiction. In 2015, The Ice Garden received a Gold Medal from the Independent Publisher Awards. 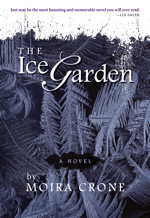