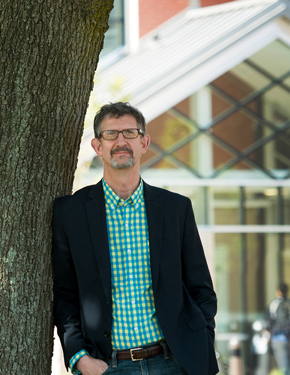 author of the memoir Fear and What Follows: The Violent Education of a Christian Racist and the novel The Jumper

A native of Baton Rouge, Parrish now coordinates the creative writing MFA program at Southern Connecticut State University. He first appeared at the Eudora Welty Writers' Symposium in 2004 with his short story collection Red Stick Men. Since then, he has published widely in literary journals such as Black Warrior Review, Connecticut Review, Louisiana Literature, New England Review, and Shenandoah and anthologies such as Louisiana in Words, and Wide Awake in the Pelican State 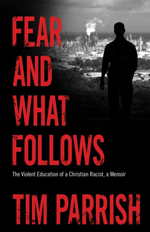 In Fear and What Follows, Parrish takes an unflinching look at his own bigoted upbringing in a newly desegregated South. Growing up in working-class Baton Rouge, the young Parrish becomes involved in street fights, bullying, and race riots, while his Southern Baptist upbringing sends him mixed messages of love for Jesus and intolerance. As his descent into violence threatens to spiral out of control, he is befriended by a star athlete and top student, who also happens to be African American. In a starred review, Booklist called Parrish’s memoir “a dramatic literary performance... one of those books that, once read, is never forgotten.”

The Jumper, follows the story of Jimmy Strawhorn, an orphaned, illiterate ranch hand in West Texas, who returns to Baton Rouge to find his father. There he discovers a complex family history and confronts his desire to jump from high places. Eric Miles Williamson, in awarding the George Garrett Prize for Fiction, noted “Parrish has written a novel of such force and magnitude that he's entered the constellation of American literary stars.” 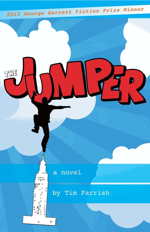