Where there's a Wilcher, there's a way... or a cup of coffee 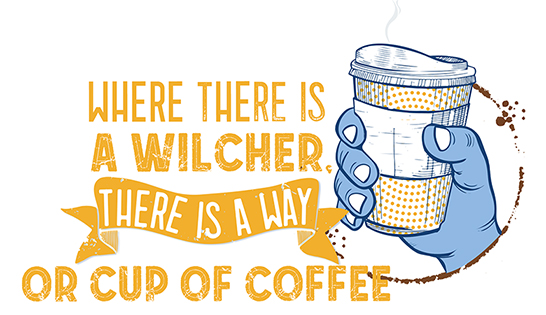 Justin Wilcher already had amassed a diverse resume when he decided to open his own business, J’s Coffee House in Philadelphia, MS. But Wilcher wanted to learn as much as he could in preparation for any situation, so he pushed on. 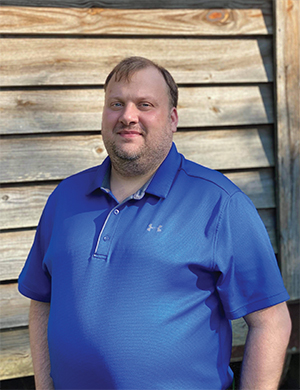 Wilcher’s decision to continue his education led him from East Central Community College to Mississippi University for Women, where he spent the last year earning a bachelor’s of applied science degree in business administration. Wilcher completed that journey in May and earned a new perspective about the business world.

“The W has challenged me to think differently about business,” said Wilcher, who recently was elected the Phi Beta Lambda national president. “It has helped me grow with the knowledge to lead my business into the future.”

Wilcher opened J’s Coffee House in January with no food service experience. Wilcher said his decision to open the business stemmed from conversations with his father, Rayphard. He would bring his father a white mocha latte and they would have long talks about opening the coffee house.

Wilcher, who is the first person in his family to graduate from a senior college, realized his goal after completing all of his classes at The W online. That approach helped him develop more self-motivation he believes will enhance his business.

He continued to grow as an owner and as a leader through the COVID-19 pandemic. He admits it was “scary” when the pandemic hit because no one knew how many people would be affected or how long the pandemic was going to last. While the state and the rest of the country are still feeling the effects of COVID-19, Wilcher said he and employees Danielle Bobo and Amanda Covert have adjusted. J’s Coffee House went to curbside service so the business could stay open; however he had to take a full-time job as billing coordinator at Neshoba General Hospital to keep his business open.

Wilcher, who is still working at the hospital, praised Bobo and Covert for their work to keep the coffee shop open prior to and after he was tested negative for COVID-19. He said they did a great job knowing he could not be there and keeping the business open. 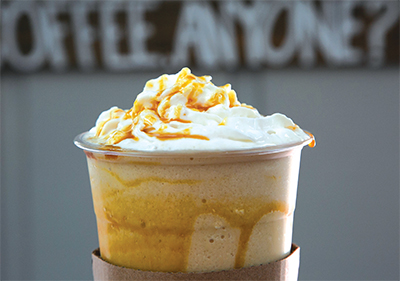 J’s Coffee House offered curbside after Gov. Tate Reeves ordered that food service businesses weren’t allowed to offer inside service. The coffee shop ended curbside service as soon as it could and then used Facebook and Instagram to publicize it was open to serve clients indoors. Wilcher also said he and his employees continue to take every precaution to ensure the safety of their customers.

“We disinfect everything probably too much,” Wilcher said. The busy schedule doesn’t leave Wilcher with a lot of free time. He said he sleeps from 11 p.m. till 4:30 a.m. and that he spends the rest of his time at his full-time job, with his business or working on his master’s of business administration at The W.

Wilcher said Dr. Scott Tollison, the provost at The W; Dr. Marty Brock, the dean of The W’s College of Business and Professional Studies; and Thomas Haffey, an instructor of marketing and management, were instrumental in assisting him in the pursuit of his degree.

“Before Dr. Tollison became the provost he helped me understand what The W would transfer up,” said Wilcher, who transferred 90 hours of classes from ECCC to The W. “Dr. Brock helped me with the classes I needed to start with. Mr. Haffey made me realize I needed to choose a concentration, although I didn’t choose the one he wanted.”

Wilcher said Haffey didn’t hold that choice against him, though, which made it easier for him to keep learning about himself and the intricacies of the business world.

Education will continue to drive him to serve the best products to his customers. It also will motivate him to sell as many of J’s Coffee House’s special white mocha lattes with caramel in memory of his father.

“You always have room to learn,” Wilcher said. “There is no better place than The W to receive your education with a friendly environment and people.”

Haffey’s work with Wilcher as an adviser for PBL, the collegiate arm of the Future Business Leaders of America, enabled him to get a closer look at a successful student, and entrepreneur who also has shown himself to be an inspiring leader.

“Justin is serving his second elected term as the Mississippi state president for PBL,” Haffey said. “He has also served on national planning committees and been a winning competitor in multiple events at the state level and at the PBL National Leadership Conference held annually each summer.”