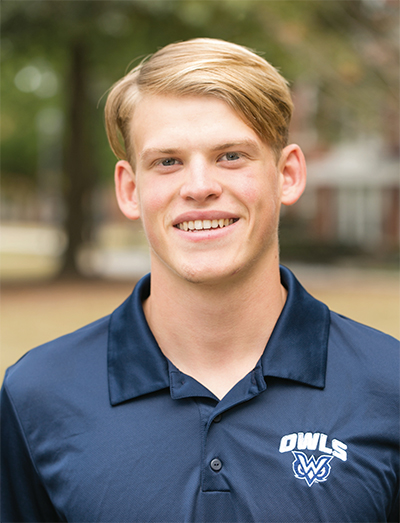 John McGee is focused on making the most of every opportunity.

That’s why the Owls junior agrees when asked if he is making up for lost time. From McGee’s perspective, his past experiences have shown him the importance of doing what he needs to do in the classroom to succeed on the field and abroad.

McGee’s prowess in the classroom has helped him take advantage of the opportunities afforded to him through the Peyton Scholarship in history. With the help of that scholarship, he was able to study in Spain earlier this year. The funding allowed McGee to take part in The W’s bilateral exchange program with the University of Alicante. From January to May, McGee, who has a double major in political science and history and a minor in Spanish, took classes focused on Spanish and political science to help him master the language and to experience different political perspectives. He took classes about the history of Spain and the European Union and NATO and the Politics of the Contemporary Arab World, subjects which aren’t offered at The W.

“I always say MUW has given me all I could want and more,” said McGee, who is a member of the men’s soccer and baseball teams. “Being at The W has broadened my horizons.”

In addition to his studies in Spain, McGee interacted with a student body that has a strong international presence and included individuals from across the world, including England, Chile, South Korea, Australia and Canada.

After finishing his exams, McGee said he spent three weeks in June traveling throughout Europe and North Africa. He went to Portugal, Spain, Andorra, Belgium, Hungary, Croatia, the United Kingdom and Morocco. McGee said the trip also enabled him to visit The W men’s soccer teammates who are from Croatia and Germany.

McGee’s travels weren’t finished. On Aug. 4-15, he was part of a group of 30 College Democrats and College Republicans who went to Israel for the American Israel Public Affairs Committee (AIPAC) Bipartisan Allies Mission, a summit on U.S.-Israel relations and foreign policy. The trip gave the students a better understanding of U.S. relations with Israel and Israel’s position in regard to the Middle East. McGee said the participants attended conferences and lectures and they traveled and talked to people to sample the point of view of Israelis. 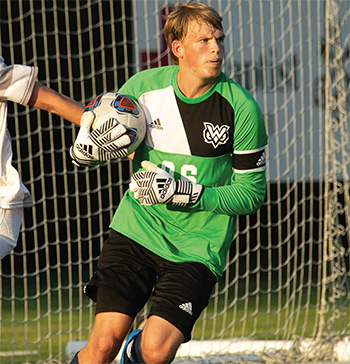 McGee said he had never heard of The W prior to being contacted by the men's soccer program. He pledged to keep an open mind about the school and discovered on his visit that The W was “incredible.” He was part of history as a member of the inaugural men’s soccer team and baseball team, which finished fifth in the United States Collegiate Athletic Association (USCAA) Small College World Series in 2018 and 2019.

He has been as successful in the classroom. He used a political science class at The W to network to start an internship with congressman Cheikh Taylor, a member of the Mississippi House of Representatives, representing District 38, from September to February 2017-18.

McGee also has traveled to Cuba and has a radio show “Whoever, Whatever and Whenever” that is broadcast on the school’s radio station, 88.5 FM. He did 10-12 episodes for the first semester of his sophomore year and three full-length episodes during the fall semester, with plans to do more in the future.

Dr. Chanley Rainey, assistant professor of political science at The W, said McGee’s eagerness to understand all sides of an issue makes him an excellent student and will make him a good citizen and leader.

“John has thoroughly embraced the history, political science and geography department's philosophy of applied academics and service learning,” Rainey said. “He volunteered for a Mississippi House campaign in his first semester of college and has not slowed down, moving into leadership positions with the state College Democrats and even launching a political radio show on The W’s The Edge.

“We are extremely proud of John, and so pleased to see him thrive in the political science and history programs. The opportunities for growth and leadership he has seized-not to mention the résumé he'll graduate with-are exactly what we envisioned when we began increasing the program's focus on active learning and community engagement.” The W baseball coach Matt Wolfenbarger said the baseball team is looking forward to having McGee back with team in 2020. He said he and his players noticed McGee’s absence during the 2019 season that saw the Owls advance to the United States Collegiate Athletic Association (USCAA) Small College World Series.

McGee said his plan is to go to law school after he completes his undergraduate degree in May 2021. From there, he envisions working on the legal or the policy side of things, but he also is open to all areas and destinations because he isn’t sure what opportunities might come along. Whether it is as goalkeeper for the soccer team, as a utility player for the baseball team, as a radio broadcaster or as a standout student with a double major, McGee relishes the chance to succeed at everything.

“Dr. Rainey and the history department have provided me with every resource I needed to do my study abroad, internship, and the radio show,” McGee stated, adding he was also grateful for Dr. Erin Kempker’s support. Kempker is chair of the Department of History, Political Science & Geography.

“The W and the people here definitely want you to succeed and give you the resources and things you do need to succeed. It is a place you can be whatever you want to be, and with help from people I have been able to live up to my full potential in many ways.”