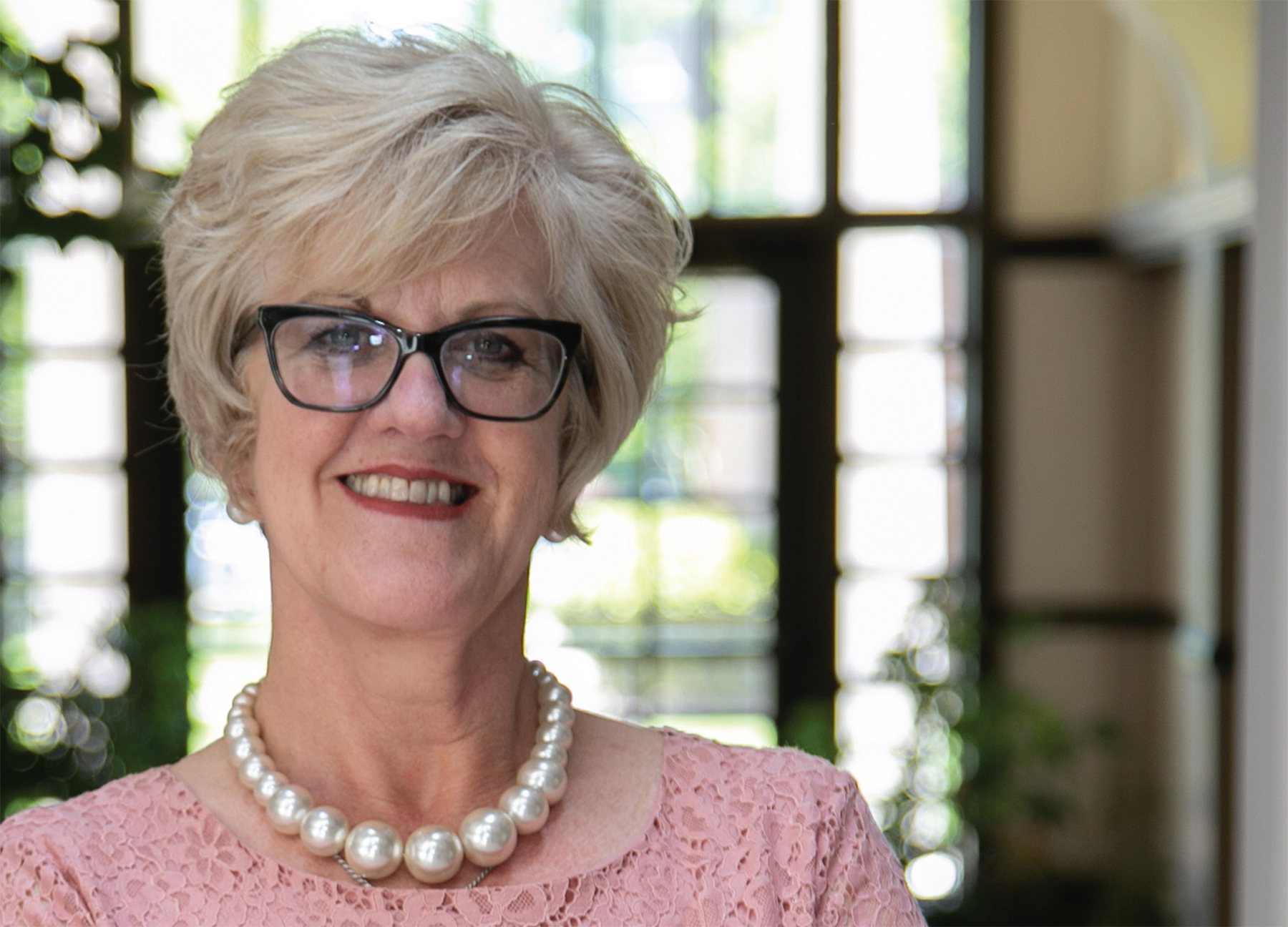 Nostalgia looks remarkably the same to Nora Miller. She sees a Mississippi University for Women campus that hasn’t changed very much in the 30-plus years she has been associated with the school.

An unrehearsed walk that starts near the Old Maid’s Gate at the entrance of The W and winds through campus to construction at the former Demonstration School seems planned. If that’s the case, it’s because Miller has walked every inch of the campus multiple times through the years. Miller’s familiarity with the grounds, buildings and traditions of The W also help explain why she, like many who have attended the school, have a special feeling when they spend 10-15 minutes on a walk through campus.

“It feels the same,” Miller said. “I will say this all the time, it’s a place of opportunity, and as soon as I came onto this campus, I felt like anything was possible. You have all of the tools, support and encouragement you need here. It is just up to you to take advantage of it. That feeling is still here.”

Miller, who earned a bachelor’s degree in business administration and accounting, led a walk Friday, March 29, to coincide with The W’s Homecoming. The purpose of the walk was to share thoughts and memories about a school that has been a big part of her life. On a walk through campus earlier in March, Miller said she could picture herself as a student on the second floor of Painter Hall, looking out the windows. She also recalled being a senior and taking a history class taught by professor Kit Carson Carter III and reveling in the stories he told.

Those experiences have helped shape the feeling of responsibility Miller now has to be a caretaker for The W.

After earning a master’s of business administration from Mississippi State University and becoming a certified public accountant, Miller joined The W staff in 2001 as senior vice president for administration and chief financial officer.

Maridith Geuder, director of special projects at The W, said she quickly discovered she had a twin in Miller when she arrived at The W six years ago. The two are often mistaken for each other. She feels Miller’s experience in numerous professional capacities prepared her to lead The W.

“I love Nora’s ability to listen carefully, to gather information and to make a decision based on facts and input,” Geuder said. “She has a tremendous sense of humor, she’s invested in her community, church, and, as an alum of The W. She has both a historical perspective and knowledge of strengths that will guide our future. She is committed to her goals of accountability, adaptability and positivity as we move forward.”

Listening is a skill many people mention when asked about Miller.

Dave Haffly, the director of Plymouth Bluff Center and campus operations, has known Miller close to 18 years. He said Miller has been a “guiding light” in his career at The W.

Haffly said, “She has the knowledge of both higher education in Mississippi and in the nation through her affiliations with different professional organizations to make sound judgments both politically and financially.

“She is friendly and caring and puts the university first in all aspects. Her time in various roles at MUW has given her an institutional knowledge which is irreplaceable. She is well respected by people on both sides of an issue. Miller is able to take sides when necessary and explain the reasons for it with solidly grounded facts. I think the fact that her long history with MUW as both a student and leader here has prepared her better than anyone could possibly be prepared to be president.”

Angela Jones, coordinator for finance and administration, has worked with Miller for 16 years. She said Miller is “thoughtful, personable and professional.” She said Miller always made sure she understood family was her first priority. Jones said Miller takes that same approach with how she deals with everyone at The W.

“She was always professional and approachable with every one she met,” Jones said. “She always introduced herself, shook their hand and said, ‘Nice to meet you.’”

Miller’s personality fits perfectly with a “home” she calls a “friendly and a fun campus.” She said The W has always embraced and will continue to embrace and celebrate diversity because it is part of the school’s identity.

“We’ve always been accepting and just love people for who they are, and that’s still very much us, and I hope it never changes,” Miller said.

As for her ability to listen, Miller said it comes from being the sixth child. She smiles when she says she “didn’t get a chance to talk” when she was growing up.

As a result, Miller said she discovered she could “learn a lot more by just sitting back and letting them forget I was there. I learned all kinds of things.”

Miller’s years at The W have emphasized the importance of being a good listener. She hopes people are comfortable talking to her, and she feels listening to everyone is important because she admits she cannot be aware of what is going on in every corner of the campus. Miller is open to listening and learning from students, faculty and staff.

“If I can do something, I will try, but at least if I am aware of things we can work through them,” Miller said.

Miller recently conducted listening sessions on campus, which she hopes to do twice a year to give people a chance to be heard. She said the opportunity to listen to the opinions and perspectives of people on campus can help her learn about the institution and do what she can to help make everyone feel they are a part of The W family. Miller admits that is a big responsibility – in fact, she calls it “a feel” and “the mission,” but it is one she is more than willing to tackle.

“I say this, but it’s true, every day, when I come through that gate, ‘This is cool,’” Miller said. “The first time after the Board appointed me interim president, it was like, ‘Whoa.’ It was kind of scary all of a sudden, but in some respects I had the responsibility for the facilities and the finances before, so it was just like there is not that much more. In that respect, although my name is on the bottom line, I had some good training getting used to it.

“I think part of it is the beauty of the campus and it is small, and most of us have been over every inch of this place,” Miller said when asked why she thinks people believe The W feels like home. “You could attend larger institutions and there may be corners of that campus you never knew. I think it is the people. We have a very caring faculty. Our staff, our police, the grounds guys, people treat this like family, like home. I think it just kind of comes natural here.”