In the right position 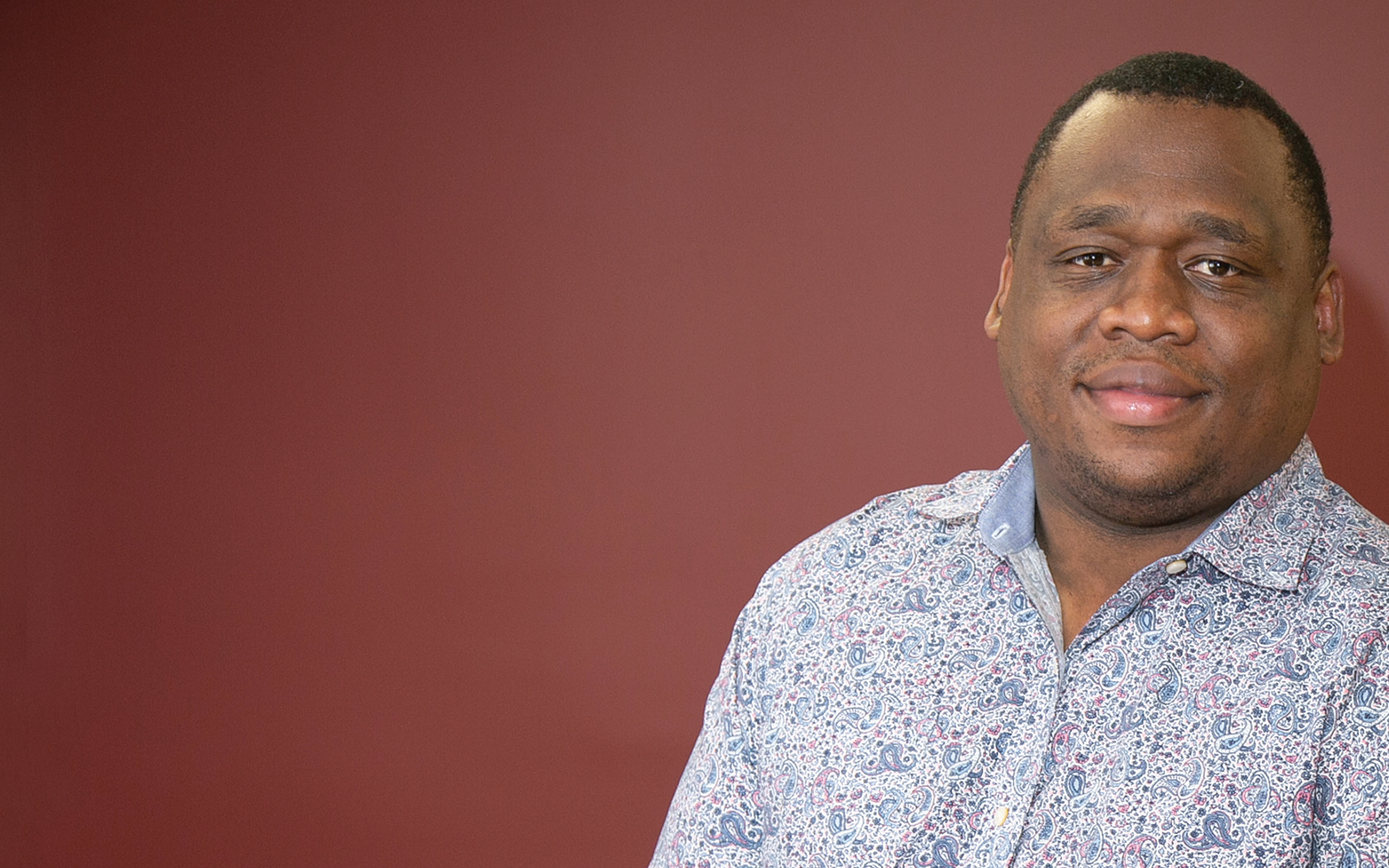 Antwann Richardson could hear Dr. Martin Hatton’s voice in his head as he raced toward the Mississippi University for Women campus.

“Don’t put yourself in a position where you can’t fulfill all of your priorities.”

Those words vexed Richardson as he stole glances at his fuel gauge – which was at empty – and his watch – which screamed his Communication Senior Seminar Class in the Cromwell Communication Center was starting in five minutes.

“I got to the library, almost, and my car ran out of gas,” Richardson said. “I left my car where it was standing, grabbed my books and took off running. I made it right on time.”

Richardson recalled his presentation about agenda-setting going off without a hitch. He also remembered he didn’t receive a ticket for leaving his car in front of Fant Memorial Library. More importantly, Richardson took another lesson from being able to complete his work as a realtor and then making it to The W in time to live up to his responsibilities as a student. “That taught me whatever it takes to fulfill your priorities, you have to do it,” Richardson said. “If you say you’re going to do something, do it.”

That message has remained an important part of everything Richardson has done since he graduated from The W in 2008 with a bachelor’s degree in communications (minor in management information systems).

After graduating from The W, Richardson moved into banking. He first worked at Wells Fargo before shifting to Regions Bank, where he served as vice president and earned numerous awards. He received a second degree from the Ole Miss School of Banking in 2016.

Looking for a new challenge, Richardson became chief financial officer for J5 GBL, which is owned by friend Jabari Edwards, in 2016. As president, Richardson now oversees the day-to-day operations and finances of the National Minority Certified Project Management Firm, which is based in Columbus and has 132-years of experience in the fields of environmental services, construction, project management, industrial maintenance and more. Its specialty is environmental remediation.

Richardson said the personal relationships he developed with his professors at The W helped him navigate a packed schedule that first included academics and his work with Plea 33, a Christian-alternative rock band. He was bassist in the band that also featured Brandon Criswell (lead singer), Patrick Lee (guitar) and Chris Cook (drums), who all graduated from The W. The band, which played 100-plus dates a year throughout the country, released an album in 2007. Richardson said the band called it quits prior to graduation in 2008.

Richardson continued to stay busy as an undergraduate at The W, juggling his studies and then work as a realtor, which he started when he was 19. Richardson started his work as a realtor with ERA and then moved to Crye-Leike, which has an office in Columbus.

“There would be times I had to take care of business and I was able to communicate that with my professors and they were really essential in that development,” Richardson said. “They allowed me to get some real-life development as well as college development and an education. Not just the flexibility, but having that one-on-one, that private feel, was the thing that stuck out for me. I didn’t feel like a number.”

Hatton, who is now head of the Division of Education & Outreach at The W’s College of Arts, Science & Education, doesn’t recall Richardson racing into class to make his presentation that day, but he said the sense of urgency was understandable because there was no forgiveness of sins for missing assignments in Senior Seminar.

“It was clear that he was very bright and very articulate and that he was going to be successful,” Hatton said. “I have been here for a while and done this a long time and just working with students you get a pretty good sense of students. I just knew he had a good sense of himself and what he was capable of and his confidence was well grounded.”

“I really felt Antwann did his 100 percent and maybe a little more,” said Hatton, referring to the commitment Richardson had to all of his responsibilities.

He previously served as a member of the Finance Committee for The W’s Alumni Association. He currently serves the MUWAA as director and treasurer.

Richardson is excited about all of the progress and signs of growth at The W. He said he couldn’t have accomplished everything he has without the help he had at The W.

“What I appreciated about (my professors) is not only did they know me as a student, they got to know me as a person,” said Richardson, who attended East Mississippi Community College before transferring to The W. “They understood that my story is: there is no way in the world I should be here.

There is no way in the world I should be in a position I am in. It is only by God’s grace and His planning that got me to this point. I think it had a lot to do with the fact that by their knowing that story and understanding that their end goal was not to create a student. Their end goal was to create a successful person and a person that was well rounded.

“I think that was the biggest thing. It is easy to get somebody to go through class and to memorize what’s in the book, but to really help mold a man, that’s a different story. I think professors Eric Harlan and Dr. Hatton were quintessential in helping mold me.”