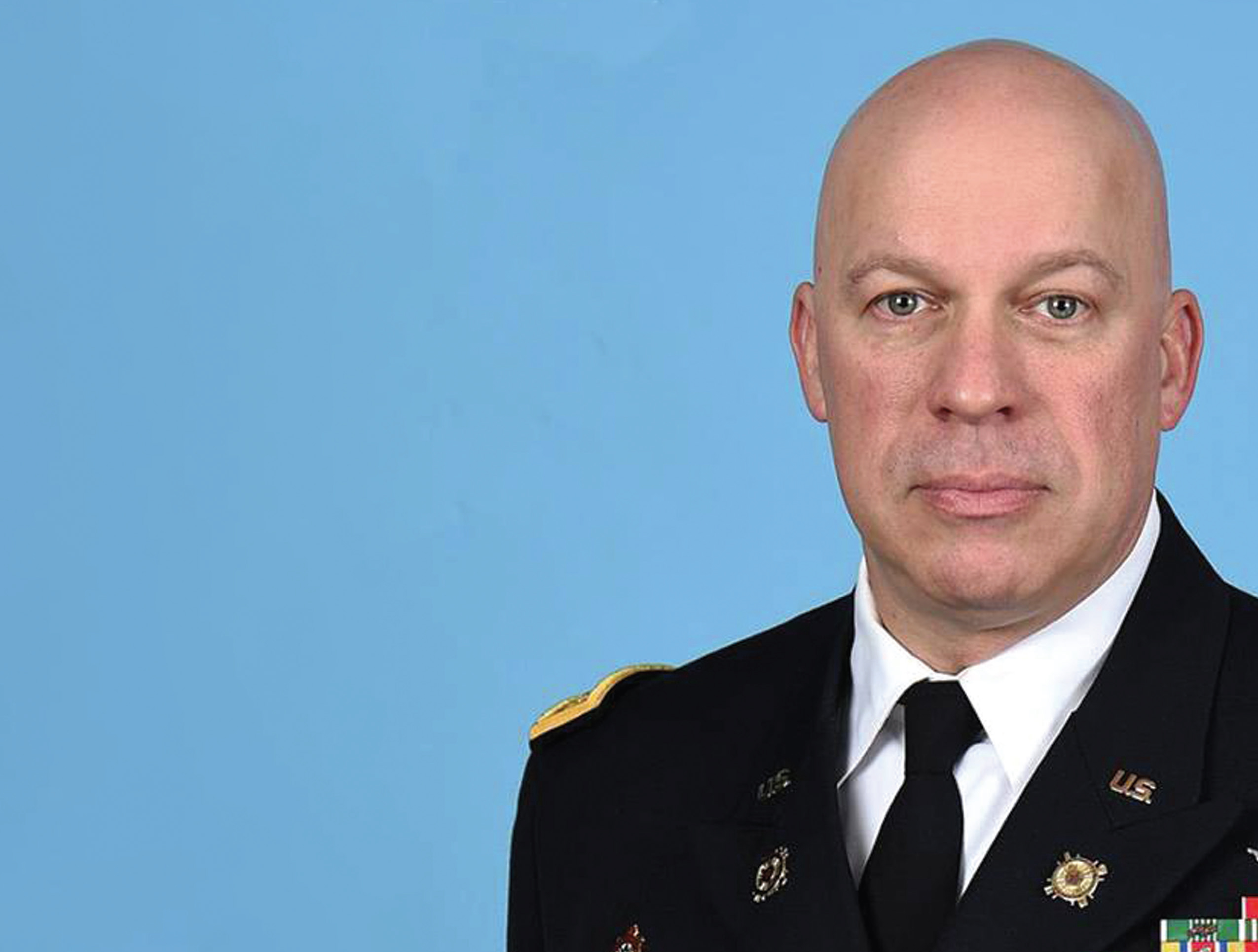 Maj. Andy Thaggard admits it took him a little time to adjust when he first arrived at Mississippi University for Women in 1992.

Thaggard, who is from Madden, already had attended classes at East Central Community College in Decatur and at Mississippi State University in Starkville, but he wasn’t sure how he was going to fit in at The W.

“I didn’t have the insight to communicate effectively with people who were vastly different than myself,” Thaggard said, recalling his initial experiences at The W.

A self-described “introvert,” Thaggard didn’t allow those thoughts to prevent him from fitting in, so he listened and watched, and when he wanted to say something, he made sure he had something thoughtful to contribute to the discussion.

Ultimately, Thaggard thrived in an environment that celebrated diversity and encouraged an honest and open discussion of ideas.

“This is usually the time I tap on the desk and I say going to The W was one of the best decisions I ever made,” said Thaggard, who received a bachelor’s of science degree in broadcast communications in 1994. “I have always said—and I still believe—The W is what a university should be. It’s more than just academics. It’s more than just you have the opportunity to gain wisdom and balance. You can grow as an individual and have a better understanding of the world around you.”

Thaggard strongly believes the broad range of social and academic opportunities he experienced at The W helped him become a public affairs officer for the 184th Sustainment Command, Mississippi Army National Guard.

Thaggard was a member of the Mississippi National Guard when he was at The W. He said that involvement was one of a wide array of activities that filled his undergraduate years, including the Troubadour Social Club, as a big brother, and the chorale group. Thaggard said he learned so much more outside the classroom and in the liberal arts classes he took in addition to the classes for his major. He said all of the things he learned were part of a well-rounded education he believes epitomizes a student’s experience at a university.

“I still consider it like home when I go on campus,” said Thaggard, who is on his third deployment to Kuwait. Thaggard said that connection he found at The W was important because he said he was still “trying to get things sorted out” and “doing his best to get it done on his own.” He said it helped that he met his future wife, Jennifer, at The W and that he is thankful he recognized her special qualities.

Jennifer said she met Andy in 1995 when she was a new student at The W. She said they both were in the chorale group and she was pledging the Troubadour Social Club. Jennifer said Andy was a “voice of reason” to what was a big group at the time and that he offered perspective to a lot of students who still weren’t sure about school.

“He was working and pretty well done by the time I got there,” said Jennifer, who earned a bachelor’s degree in microbiology from The W in May 1999. She went back to nursing school at Mississippi College in Clinton in January 2011. The Thaggards live in Clinton. “He had spent time in the Army and was still in the Guard, and he had some active duty time. He comes from a small town, from a close-knit environment, so he had exposure to other ideas and being around more women who do a lot more talking, it is in your best interest to listen, and he did.”

Now in his 32nd year of service, Thaggard was first deployed in 2004, which is around the time he started to work in a full-time capacity for the Mississippi National Guard. Thaggard still finds time to be involved with The W Alumni Association. He said he talks with students about the opportunities available at The W. He encourages everyone he speaks with to visit the campus and see everything available. If they do that, Thaggard feels they will be inclined to pick The W.

“For me it just stuck,” Thaggard said. “Life is about relationships, and if you don’t have the opportunity to build and grow new relationships and attempt to have them grow, you’re not going to grow as an individual. That is how this works.

It is all about relationships. Just having those opportunities from such diverse backgrounds; even then The W had a lot of international students, people from all over the state and from the Southeast. They had different perspectives and beliefs than my own. Did we stay up at night talking politics? We didn’t have to. If you’re connecting with people you pick up things by just being with them.

“Look at who I was in that environment. I was a young, white male, which for a lot of people was the stereotype of what was not to be at the university. Mississippi State was down the road. I understood that. But the opportunity to meet and grow and learn with others, that really did make a difference.”

Thaggard credits his time at The W for teaching him how to make himself available and how to show people he can be trusted. Once that happened, he felt his college experience, and ultimately, his work as a professional was more fulfilling.

“I couldn’t have articulated that way (when I was younger),” Thaggard said. “I always had known to do the right thing and to be respectful, to listen, and to observe, and speak up when you have something to say. I like to say when I spoke I chose my words as wisely as I could for the time and for my age; in doing that that is when doors opened. It is no different today than what it was then. If you prove yourself to be trustworthy and reliable, then opportunities will open. You will be allowed to have deeper relationships and stronger ties. I am really seeing that in action at The W.

“I always thought I was good at getting to the end game...I think I really did learn how to do that while I was there. I was certainly refined and tested.”