40 Years of Nursing at The W 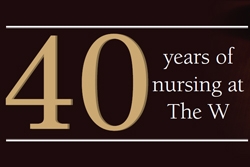 The summer of 1973 was hot. Temperatures consistently hovered around 90 with 75 percent humidity. Not unusual for a Mississippi summer, but culture shock for Sheila Adams, a new faculty member in the fledgling nursing program that had just begun at The W. "By mid-afternoon, we would be dripping," Adams recalled. "It was a real adjustment for someone who grew up in Virginia."

It was a time of doing what you could with what you had. The four faculty members and dean who began the program in 1971 were housed in an unrenovated, unairconditioned Reneau Hall. There were no computers. 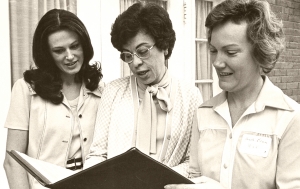 Now dean of the College of Nursing and Speech-Language Pathology, Adams has been a key player in the growth of a highly recognized program and has seen a magnitude of changes. Nursing began with a vision and faith that the program was needed. Harvey Craft, dean of Academic Affairs who also served as interim president, and E.A. Knight, assistant to the president, were strong supporters of establishing an academic program to serve the needs of the region.

"They saw it as something that could be important to the future of The W, as well as this area," Adams said, adding that there wasn't a nursing program in North Mississippi for those who wanted to pursue the career.

The W began with an associate's degree program, graduating 53 in the charter class. The inaugural class would go on to hold positions as teachers, infection control specialists, department chairs and a variety of nursing roles. 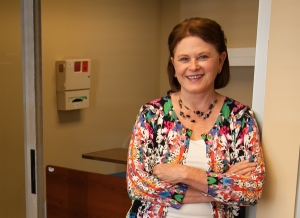 In a very real sense, they pioneered a path for everyone after them.

But the beginning was not glamorous or easy. Classes were taught in then-unrenovated Parkinson Hall auditorium. Many times, the microphone didn't work, and by the end of a three-hour lecture, voices would be gone, Adams recalled.

Nor was there a skills lab. "We worked closely with local hospitals and used empty rooms for clinicals," Adams said. "We improvised. Our philosophy was 'we need to find ways to make it work.'"

McDevitt Hall, then an infirmary, would be used for some things. Hospitals donated IV bags, and students learned to do injections on each other or on oranges. "We didn't think about it," Adams said. "We just did it."

By the second year of the program, progress was evident and faculty positions were added. By the fourth year of the program in 1974, nursing moved to Shattuck Hall, where there were classrooms, a skills lab and additional equipment donated by hospitals. And as the program continued to grow, there were more moves—to Taylor, which could house classrooms, a skills lab, and expanded programs that included, in addition to the ASN, a bachelor's of nursing and a master's of nursing.

The faith of those who saw the need for nursing was being realized. "The job market continued to create more growth," Adams said, and the space in Taylor became inadequate. When science and math, then in Martin, moved into the renovated Parkinson Hall, Martin became the logical home for The W's nursing program.

"It was renovated in 2004-05, but not completed until the end of the fall semester," Adams recalled. "Faculty members left for the holidays and came back to teach out of boxes at the beginning of 2006."

With money from a private foundation, nursing was able to equip a state-of-the-art simulation lab that allows students to learn and practice a variety of procedures on lifelike mannequins—such as the "SimMan," "SimBaby," and NOELL Birthing Simulators--that replicate breathing, heartbeat and other functions, as well as equipment they would find in a hospital setting.

Since the days of unairconditioned, make-do spaces, the program has come a long way indeed. "Since 1971, we have educated more than 5,000 nurses and our mission is statewide," Adams said, noting many graduates are still in the Golden Triangle area making a contribution. "Our graduates not only are nurses, but are nurse practitioners, hospital chief nursing officers, hospitalists, nursing faculty, nursing program administrators and serve in numerous other roles. We have made a difference."

There are now 57 faculty members, and The W offers degrees that include the ASN, BSN, MSN and a recently launched DNP (doctor of nursing practice). It is the only university in Mississippi to offer all four degrees.

In 1983, the Board of Trustees, State Institutions of Higher Learning transferred to The W responsibility for the RN to BSN Advanced Placement Program, located in Tupelo. The following August, The W graduated five students from the program. Today, it enrolls nearly 400 students in that program, many working fulltime and seeking to advance their education. Courses are taught through a combination of online and in-person classes.

"As the demand for the program has increased, The W has responded to and met the need by increasing the faculty and resources to accommodate the demand," Adams said. "Graduates often attribute their success to the strong faculty support and faculty accessibility that are key to its growth." 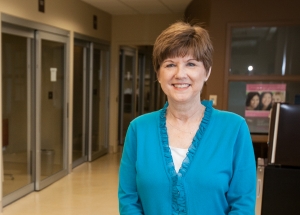 Mary Jo Kirkpatrick, chair of the associate nursing program, came to The W in 1976 and, like Adams, has seen many changes in the profession. At its heart, though, the associate's degree remains essentially the same: a concentration on care of patients at the bedside. It is one of the few such programs in Mississippi at a four-year institution.

"The first semester of this program is always telling, because we're challenging students to develop a new way of thinking," she said. "They have to quickly develop critical thinking and decision-making skills," she said. "It's like learning a foreign language. Every decision you make could be a life-or-death situation."

The five-semester program presents a challenging academic schedule as well, ensuring that students are prepared to manage direct patient care. "Since the program began, I have seen nursing education develop more defined policies for how you progress through your academic coursework," Kirkpatrick noted. "At the same time, I have seen professional standards become more rigid every year. It has made a difference in how we prepare students."

Faculty members from The W served on a nursing education redesign team that helped develop a new competency model for Mississippi, one of approximately a dozen states with such a model outlining required 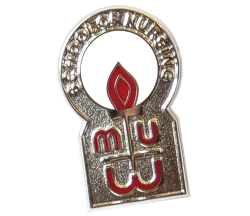 Technology also has made a difference. "Technology is much more advanced," Kirkpatrick said. "Students have to be comfortable with it and with how to use it." The outcome for those in The W's associate's degree program, she said, is that they are equipped to meet the changing needs of healthcare. With an ASN degree, a student successfully completing licensing requirements becomes a registered nurse.

"Hospitals expect us to produce graduates ready to go into the workforce. We're very successfully doing that," Kirkpatrick said. 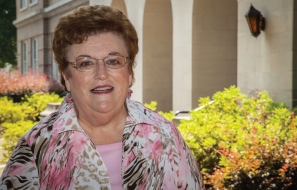 When Mary Pat Curtis arrived in the nursing program in 1979, The W met a force of nature—and one that would affect its future. The mother of four, who already held an undergraduate degree from Marquette University, finished her master's of nursing degree at The W that year. While working fulltime, she earned her doctorate from Mississippi State in counselor education.

But for this driven professional, that was only the beginning. She served as director of The W's MSN program and became a pioneer in advocating for the role of the nurse practitioner in Mississippi. "The nurse practitioner is not a mini-physician," she emphasized. "We are maxi-nurses. Healthcare is more and more dependent on us."

Now retired, Curtis says The W was a forerunner in Mississippi. "We were the first school in the state with a nurse practitioner program—and, for a long time, the only school— because there were people at The W who had vision to see where we needed to go."

Most recently, The W has established a joint intensive residency program for nurse practitioners and physician assistants in partnership with North Mississippi Medical Center in Tupelo. It is believed to be the first such program in the nation to integrate the residency training of both and provide intensive clinical experiences to improve healthcare delivery.

The doctor of nursing practice, which began in January 2013, is allowing nurse practitioners to enhance their skills in clinical practice, Adams said.

"The W's DNP program is providing intensive studies in areas such as advanced diagnostic methods, advanced radiology, pharmacology, and medically oriented anatomy and physiology." Those entering the DNP may opt for a one-year intensive program or a two-year part-time program to enhance their practice roles. Both will require a culminating translational project with the intensity of a dissertation.

With physicians moving increasingly into areas of specialty, Curtis sees an expanding need for nurse practitioners, especially in Mississippi. "I see nurse practitioners assuming the general care role more and more," she said. "I think that's where we make the greatest contribution."

Those involved with nursing at The W since the beginning of the growing program agree that nursing roles today are more complex and more challenging.

"Nurses have to command a lot more information today," Adams said. "Their knowledge can be a game-changer for a patient and a hospital. We have to make sure they're ready to hit the ground running."