W gets approval to name two buildings after beloved alumni

The Board of Trustees of the State Institutions of Higher Learning recently approved Mississippi University for Women’s request to name two buildings on campus after two beloved alumni.

“We are thrilled to honor Alma Turner, who has advanced the field of education and represents the best in education. Her lifetime of service to her profession, our community and the state epitomizes the very best of The W. She is a remarkable role model,” said MUW President Jim Borsig.

The Demonstration School is being recommissioned as an academic building to support the enrollment growth in the College of Nursing and Speech-Language Pathology. Plans for the future of the building will be announced Saturday, Oct. 22 at noon, at the Demonstration School Reunion. The reunion, which will reunite students who attended the school, is being organized by the Office of Development and Alumni.

Borsig added, “We would like to thank the 2016 Legislative Session for its support in providing funding for renovation of Demonstration, which will accommodate enrollment growth in Nursing and Speech-Language Pathology.” 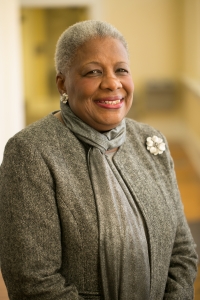 Turner served as principal of the Demonstration School from 1985 to 1995. She also taught at the school for 18 years, starting in 1977. During her 10 years as principal of the Demonstration School, the school consistently produced the highest test scores in the Columbus Municipal School District and she was credited with implementing many programs there.

She began teaching in 1967 in the Greenville City School District. For the next 17 years, she held elementary teaching jobs in school districts in Mississippi and in the Republic of Philippines.

Later, Turner served as the assistant superintendent for the West Point School District. In 1999, she was hired at the Institute of Community Services in Columbus, first as the parent involvement director and currently as the Golden Triangle director.

Turner has been honored for her work in education with numerous awards, such as Phi Delta Kappa Educator of the Year, Mississippi National Distinguished Principal, Administrator of the Year and most recently the 2008 Oasis of Freedom of Justice Awards. She was also presented an honorary doctorate by MUW, the university’s highest honor, in 2008.

Her community involvement includes serving on various boards, such as the Columbus Municipal School District, United Way, Greater Columbus Literacy and the MUW Foundation. She also has served on several local and national organizations in support of those with developmental disabilities.

The official ceremony to name the Art and Design Building Summer Hall will take place at Homecoming, which is set for March 23-26, 2017.

“It is a fitting tribute to honor Eugenia Summer’s vision and leadership in the Art & Design program by naming the building for her,” said Andrea Nester Stevens, executive director of development and alumni.

“Her impact on students was profound. Not only did she enhance educational opportunities for students, but she provided professional guidance to prepare graduates who have made significant contributions in their careers and communities. Celebrating the legacy of Eugenia Summer will be one of the major highlights of our weekend Homecoming activities.” 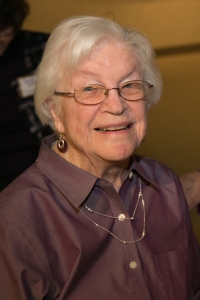 Summer, professor emerita, retired from The W in 1987 as head of the Division of Fine and Performing Arts. While at MUW, she served as associate professor of art, professor of art and eventually assistant dean of Arts and Sciences.

A 1945 graduate of then-Mississippi State College for Women, she showed early leadership ability, serving as president of the student body and Miss MCSW. With additional studies at Columbia University, the Art Institute of Chicago, the California College of Arts and Crafts, Seattle University and the Penland School of Arts, she returned to her alma mater in 1949 well qualified to teach. Thus began a nearly 40-year career of giving back to The W and influencing generations of students.

Following her retirement, she was the recipient of an honorary doctorate from MUW for her service to the community and the university in 2005. In addition she was awarded the Alumnae Achievement Award and the Medal of Excellence. In 2002, the Eugenia Summer Gallery in the Art and Design Building was named in her honor.

Summer’s work has been selected for numerous juried exhibits and shown in Mississippi, Alabama, Arkansas, Georgia, Florida, Tennessee and Washington, D.C. In 2001, Summer was recognized for her artistic achievements by the Mississippi State Committee of the National Museum of Women in the Arts.

A longtime member of Annunciation Catholic Church, Summer had an important role in the planning and design of the new sanctuary dedicated in 2000.