Before boarding the plane, all Sarah Lewis could think was ‘I should have practiced the kisses.’

The senior from Starkville had previously traveled all over the United States and Vancouver, but she was about to embark on her first journey across the pond. With Spain on her ticket, she was about to spend almost a month in a new city, at a new school and with a new family. 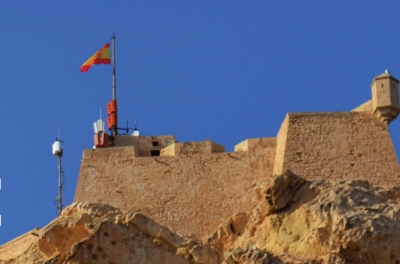 Led by Erinn Holloway, W instructor of Spanish, five W students lived and ate in the homes of families in Spain from May 10 to June 2.

“It was terrifying at first. My family didn’t speak any English,” said Lewis. “But, I very quickly loved my family. There was a Thanksgiving style meal every day!”

Lewis found great excitement and joy in her family and the people of Spain. She described the people as very vocal, passionate and people who truly enjoyed life. What Lewis often thought was an argument in the family was just a normal everyday discussion. She admitted that took some adjustment.

Being from the South, forgetting the hand shake was another big adjustment. Everyone from strangers to her new siblings greeted one another with a kiss on each cheek and sometimes two.

Being infused into the culture and people of Spain brought Lewis great opportunity. The Spanish major went from searching for ways to use her Spanish to being overloaded.

“My favorite part was how quickly I learned,” said Lewis. “It built my confidence in myself. I was forced to speak Spanish.”

Along with their time with families, students were enrolled in a three-hour grammar class and one-hour conversation class. Each student recorded their experiences by blogging and producing YouTube videos.

When not in class, students toured sites such as the Museo de las Hogueras, where they learned about the Feast of San Juan Bautista, which features towering paper mache structures that are set on fire at the end of the feast to represent purification.

During a day trip, students ferried to the island of Tabarca where they learned about the aquatic life, snorkeled and kayaked. To experience the culinary history of Spain, the group toured the Valor Chocolate Museum to view the history of chocolate.

For one student the experience of an unfamiliar country was not new. Senior Marissa Vaughn was on her second trip to Europe.

“I didn’t take pictures, but I will always have the memories,” she said.

While in Spain, the senior communications major delighted in the daily trips to the museums and different cultural exhibits. One of Vaughn’s favorite exhibits was a bomb shelter near her home. She could vividly describe the writings and graffiti on the wall of the shelter dating back to World War II.

“During World War II, a huge bombing took place a block away from where I lived,” said Vaughn. “It really puts everything into perspective.”

Once exiting the city of Alicante, she described her love for the traditional look of the small town. The whitewashed towns and small churches attracted her. She was even fortunate to witness a traditional communion service at one of the churches.

Vaughn also gained a lot from the trip abroad. “I got out of my comfort zone,” commented Vaughn about her experiences in Spain. “You learn to build confidence in what you say or you will never be heard. You’ve got to do it.”