Transfer students Tabby Braswell and Malinda McBride and freshman Taracious Carter all have something in common. As students at Mississippi University for Women, they are pioneers—the first in their families to go to college.

Braswell, McBride and Carter agree that the journey comes with some challenges, as well as many proud moments of fulfilling their dreams at a university that feels like a home away from home. 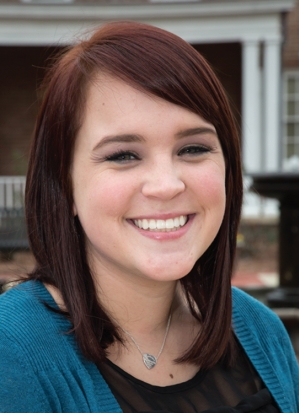 A senior accounting major from d’Iberville, Tabby Braswell said going to college was always the next step after graduating from high school.

“I didn’t have a choice as to whether I went to school; my mom pushed me to pursue higher education, so I chose to stay close to home the first two years,” she said.

“I chose The W because of a few great alums who talked about all the great memories they made here. I liked the small campus and close-knit feeling of the city.”

In addition to family support, Braswell has received guidance. “I have had several professors help me and give great advice.”

Braswell is a member of the Jester Honorary Social Club. She plans to apply to master’s programs in the fall. 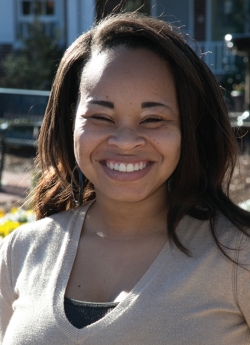 Malinda McBride, who transferred from Hinds Community College, is a senior public health major with an emphasis in family studies.

“I chose to go to college to better my life and to have more options in life other than those in the small town I came from,” said the Camden native.

McBride said The W has been a great fit for her. She currently serves as vice president for the Pi Zeta Chapter of Alpha Kappa Alpha Sorority, Inc., as a community adviser for Jones Residence Hall and a member of the Mortar Board Honor Society.

“Even though I am a transfer student, it feels like I have been at this campus all four years,” McBride said.

After graduation she plans to intern in public health for the summer and attend nursing school or graduate school in the fall. 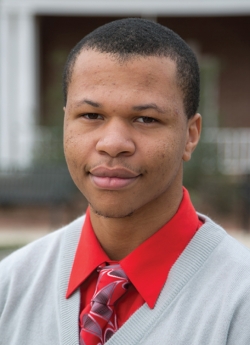 Taracious Carter, a freshman pursuing a legal studies degree, is from the small town of Louisville.

“I chose to come to college to further my education, become a better person and to show my parents that I could survive without them being around or waking me every day for class,” he said.

“I wanted to show them that I could be independent and that I would make them proud.”

He said The W has been instrumental in helping him spread his wings. Carter is a member of Xi Delta Omega, Highlander Social Club and a counselor for one of the Greek fraternities.

“MUW has been a wonderful experience so far and just by being involved on campus I am being recognized by more than just my peers,” he said.

Carter plans to go to law school at the University of Mississippi.