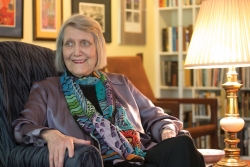 During her junior year of high school in Sumner, a small Mississippi Delta hamlet, Patti Carr Black could count her classmates by using less than 10 fingers. When the county schools consolidated the following year as West Tallahatchie High School, her 1951 graduating class was 30 students.

For college, she recalls, there were just two choices. "My family wanted me to go to Blue Mountain College because I had relatives there. I was happy to go to The W. It was a good choice for me."

In many ways, her professors and her studies in Columbus would influence more than five decades of accomplishments that were to follow.
In Sumner, she had gained some notoriety as an artist, primarily from drawing Halloween illustrations on storefront windows. "I wanted to major in art," she said. Two professors had a lasting impact on her interest—Mary Evelyn Stringer and Eugenia Summer. "They were very encouraging," Black said. Thanks in part to their influence, she never lost the love of art.

The W, she said, was "a very exhilarating experience for a small-town person. I loved the stir and the atmosphere. We had so many doors opened for us—social activities, academics, friendships. It was all fun." 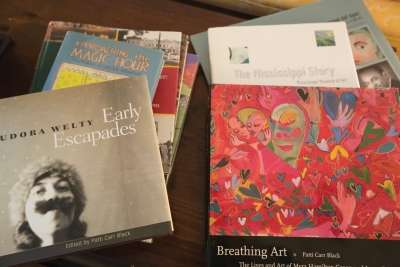 But, as she quickly discovered, she wasn't really a very good artist. She began to look at other options as well. "At that time, there were really just three professions for women," Black said. "You could be a teacher, a secretary, or a nurse." Black chose to major in art history and library science, because "it seemed a doable career." In fact, it was to be an entrée to many opportunities.

Following a brief tenure at Ole Miss, she married and moved to Jackson in 1957. There, she secured a job with the Department of Archives and History, where she was an immediate fit. Charlotte Capers, longtime director of MDAH, hired Black and mentored her. She would rehire Black several times after professional and personal absences. From the talented Capers, Black would hone her skills. It was Capers, a close friend of Eudora Welty, who oversaw the restoration of the Old Capitol and, later, the restoration of the Governor's Mansion. Her book, "The Capers Papers," was a collection of essays written for Jackson newspapers. She died in 1996.

Black would go on to earn a master's at Emory University in 1968. After a divorce, she and her only child, Betty, moved to New York City, where Black worked for the Metropolitan Museum of Art and Time magazine, among others. But she returned to her roots. It became difficult to work and be a single parent, so, she said, "I came home."

Within a short while, she was back at MDAH, and, she laughs, "I stayed there for the rest of my career."

What a career it was. She first joined MDAH as a research librarian, but became curator of exhibits and ultimately the director of the State Historical Museum, where she worked for almost 18 years. Early in the 1970s, she created a venue for folk and blues concerts and said "no one really came." But she's delighted to see that times have changed and "folks have come to recognize what we were trying to show." 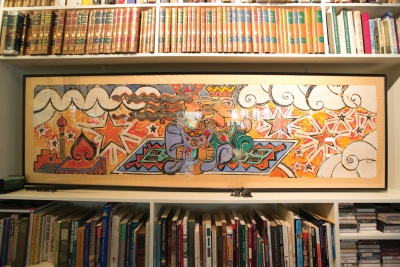 An innovative and creative thinker, she excelled in creating exhibits that showcased the art and culture of Mississippi. One of her favorites was "Made by Hands," a 1980 exhibition of the state's folk art. "I traveled throughout Mississippi and got to see things I otherwise wouldn't have seen," she said. From her travels, she rounded up items that included everything from Choctaw basketry and cookware to hand-made tombstones. During her tenure, Black curated hundreds of exhibits, including the first permanent exhibit in the South on the Civil Rights movement. The latter won an Award of Merit from the American Association for State and Local History. She also was coordinator for Mississippi's participation in the 1974 Folklife Festival sponsored by the Smithsonian Institution in Washington.

After her retirement from MDAH in 1993, Black began a career in writing. "Archives wanted to do a series of history books," she recalled. "They asked me to do a book on art." It became a four-year project during which she traveled around Mississippi and researched artists. "It was a constant revelation, a constant discovery," Black remembered. She found so many good prospects that she finally had to limit her choices to those artists who had exhibited. The book, "Art in Mississippi: 1720-1980" won the Mississippi Institute of Arts and Letters Award for nonfiction in 1998.

Among the approximately dozen books that Black has authored or edited are "Documentary Portrait of Mississippi: The Thirties" (1982); "The Natchez Trace" (1986); "Approaching the Magic Hour: Memories of Walter Anderson" (1989); and, on Eudora Welty, "Early Escapades" (2005); and "Eudora Welty's World: Words on Nature" (2005).

For "Early Escapades," she said, "I used a lot of Eudora's W days." Welty, by all accounts, "hit the campus running. She became involved in everything—the student newspaper, theater, a variety of campus activities," Black said. 'Escapades,' as many of Black's books, was published by University Press of Mississippi. 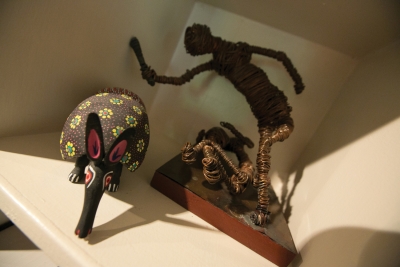 Among her many creative contributions to Mississippi, Black also was one of the founding members of New Stage Theater in Jackson. "A group of us used to meet to do readings of plays," she said. "We decided we needed a theater that would do serious theatrical works." The group took a wild creative leap and opened New Stage in 1965.

Black never took a starring role in anything—that's not her style--and she describes herself as "'scared to death to act.' "But I was once an off-stage voice. I'm thrilled and excited that New Stage is still going strong."

Although she retired in 1993, she has not, in reality, ever stopped working. She has served as a consultant for projects as varied as the Crosby Arboretum, the British Broadcasting Corp., the Smithsonian Institution, the Eudora Welty House, and many others. And she continues to write.

She's currently working on a biography of Meridian-born musician Jimmy Rodgers for University Press and "my first and only novel"—about growing up in the Mississippi Delta.

Her days are full, with family, travel, and creative pursuits. The small-town girl from little hamlet of Sumner is leaving a huge legacy for the arts and culture of her state.