A Woman's Touch: Alumnae in the Legislature 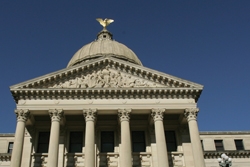 By definition, a public servant is described as person who holds a government position by election or appointment. While this description holds true for those who have a passion for politics, three Mississippi University for Women alumnae also find themselves serving in a variety of other roles: advisers, marketers, negotiators, caregivers and… experts in a little bit of everything.

Woman—multi-tasker--the words are interchangeable. Just ask Senators Nancy Collins and Sally Doty and Representative Esther Harrison, all of whom are bringing a woman’s touch to their roles in the Mississippi Legislature.

An Honor to Serve

Collins, who represents District 6-Lee and Pontotoc counties, is in her second year as a state senator. She won a special election in January 2011 to fill the seat vacated by Alan Nunnelee, who was elected to the U.S. House. 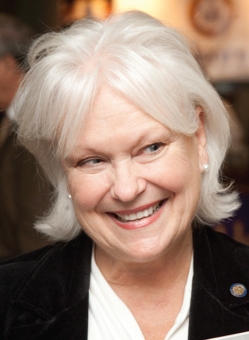 “I think we have a responsibility to leave a legacy—a responsibility to help our country. I have always enjoyed the benefits of my country, but I had never sacrificed,” she said. “My father taught me it was an honor to be a public servant.”

At the age of 63, Collins, decided the time was right to run for office. “I had worked. I had time to do this.” The 1969 graduate once worked as a registered nurse and later became the founding president of Sanctuary Hospice House, an in-patient facility for individuals who do not have caregivers. Since opening its doors in 2005, more than 1,600 have been served by the in-patient facility.

“It was a very heartwarming project. It’s a blessing to know that I played a little part in that,” she said, looking back to a time when she and other women were told that they could not open the facility. “That mindset helps me in the
Senate.”

Collins certainly believes that women have unique gifts, especially as mothers, and often have to exercise their gift of
creativity.

“We do a multitude of things and we don’t give ourselves credit. It comes very naturally for us. When our children become a certain age, we have to have tough love and draw boundaries,” she said. “This (skill) has served me very well when someone demands something from me.”

And when it comes to solving some of the state’s problems, Collins said, “We have to be creative and innovative with our state. We have a lot of natural resources.”

In 2011, Doty won the election for Mississippi Senate District 39, which includes Lawrence, Lincoln and Simpson counties. 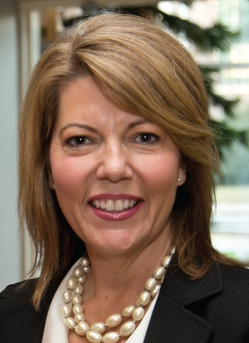 She discovered politics at MUW, serving in the Student Government Association. As a student at The W in the 1980s, Doty spent a lot of time in Jackson.

“It was a difficult time. There was talk of closure. I spent a tremendous amount of time my sophomore year lobbying,” she said. “We would take the Senate Directory, go on the floor and talk about the school. I enjoyed it. I was very intrigued with the process. This has always been in the back of my head even as I began my law practice in Brookhaven.”

She also recalls sitting in the gallery of the Senate at the age of 19. “I remember looking over the rail and for the most part it was all white males. I thought `this is not right.’”

Today, there are eight women out of 52 serving in the Senate.

“I think women approach things in a different way. I think we get deeper into the facts. I think we like to gather a lot of information before making a decision,” she said.

Doty has completed her first session and learned quite a bit. “You are expected to be an expert in everything. It’s a
lot to grasp. It really fits with my skills and what I like to do. It is about relationships and who you trust. So much of it is relationship building and I think women are particularly good at that.” 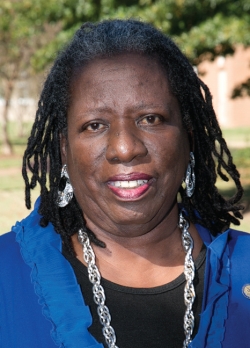 Harrison of Columbus is celebrating her 13th year and fourth term in the House of Representatives, District 41-Lowndes County.

The former history and English teacher has spent most of her life registering citizens to vote and helping others with their
political campaigns.

Harrison had two unsuccessful bids for the state Senate in the late 70s and then in the 80s.

“I’ve always loved politics. I‘ve helped a lot of people in their campaigns, so it was the natural thing for me to do,” she said about a third run.

Harrison laughs thinking back about a good friend who told her she would not win because she was a woman, African-American and a member of the African Methodist Episcopal church.

The third time was a charm, and her determination paid off. Harrison was elected to the House in 1999 and completed her master’s of education at MUW in 2000.

While the work is challenging, Harrison said it’s rewarding being able to help others.

As for being a woman in the state Legislature, she said, “Women bring a lot to the table. I think women work better
together.”

The three agree that their time at MUW helped shape who they are today.

Some of Doty’s early memories involved The W because her sisters also attended the university. She was student body president and a member of the Lockhearts and Jester social clubs.

“I had the most wonderful time here, especially with some of the girls who were my close friends” she said during a recent campus visit. “To this day, they are some of my closest advisers. We keep up with each other on Facebook. They have been encouragers.”

After she graduated from MUW with a degree in business administration, Doty went on to law school at the Mississippi College School of Law. It was at that time she realized the educational foundation that had been laid at MUW.

“I did extremely well in my law classes. I attribute that to my undergraduate education,” she said.

Collins’ mother, aunt and grandmother also attended The W. Her time at the university was the first time that she had been away from home.

She was active in the Glee Club, Lockhearts and Student Government Association. She also won second alternate in the Miss W pageant and first alternate as Miss MUW.

“I had a lot of wonderful friends there, and I got a lot of great experience from The W.”

Harrison’s daughter and sister attended MUW before she did.

“My daughter said you should go back to school, and that’s what I did. I could walk here, which I did most of the time,” she said.

As for those who aspire to be public servants, the legislators suggested getting involved.

“Make contact with people in an elected office. Work on a campaign. Get involved in your county organization or just run yourself,” Doty said. “If you see this in your future you have to get involved at some level.”

Harrison added, “Read and get involved in their campaigns so you know how to operate a campaign if you decide to run.”
She noted that people need to know how the process works, especially youth. “More emphasis should be placed on government operation, particularly at the state level. Everything you do revolves around the activities of the state Legislature.”

Collins also believes that more youth should be involved in the political process, which is why she started District 6 Leadership Camp (D6LC) for fifth, sixth and seventh graders. “If I am not doing that then I am not helping the next generation,” she said.