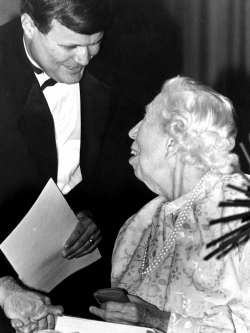 John Grisham when he was "an emerging young writer." Elizabeth Strout before the Pulitzer Prize came for "Olive Kitteridge." Jesmyn Ward, not yet a National Book Award winner. Natasha Trethewey, twice before being named the nation's poet laureate.

And the grand lady for whom the series was named: Eudora Welty, a W alumna and herself a Pulitzer Prize-winner.

Twenty-five years into the Eudora Welty Writers' Symposium, a host of the South's—and the nation's— literati have visited the historic W campus to share their talents and their insights during what has become a signature W event. At its inception, Dr. Thomas Richardson was a new faculty member, fresh from North Carolina State University. He was given the assignment of developing a Symposium that celebrated famed alumna Eudora Welty and commemorated the inauguration of Dr. Clyda Rent as president.

"Several of us worked together," he remembered. "Drs. Jane Hinton, Bridget Pieschel, Ginger Hitt, Millie Moore and many others. It was a group effort." 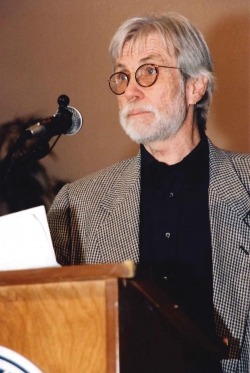 To identify potential writers, they attended the Southern Literary Festival, held that year in Birmingham, Ala. "We met Vicki Covington, and we invited her to attend," Richardson recalled. Through an earlier tenure at Campbell University, Richardson knew Clyde Edgerton; he was added to the list of invited authors. Gradually, the idea became reality.

"The Symposium began with more of a scholarly emphasis," Richardson said. "We had great support from the Mississippi Humanities Council for many years. As the event grew, we began to focus more on writers." For the last 14 years, the Symposium has had the generous support of the Robert M. Hearin Foundation.

Over the years, the Symposium has attracted promising and established talent and provided a platform for discussing writers' work within the framework of an overarching theme. Many not-yet-famous have gone on to become best-sellers and winners of some of the most prestigious national literary awards and fellowships. 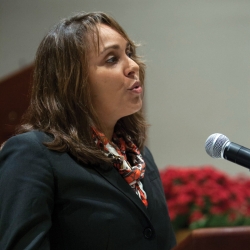 Dr. Bridget Pieschel, who helped plan the first Symposium and many subsequent, remembered that at the inaugural Symposium Miss Welty "came to all of the events, including the children's production of 'The Shoe Bird,'" her only work written for young people.

"She sat on the right side of the Poindexter auditorium close to the stage. When the children finished, they all stood on stage flapping their arms in the brightly colored feathered bird costumes. When it was time for the final applause, Miss Welty stood up and very seriously gave her standing ovation, flapping her arms toward the stage full of children."

For many years, the Symposium was a labor of love, led by faculty members in the Division of Humanities: Dr. Jane Hinton, Dr. Rebecca Stockwell, Dr. Ginger Hitt, and from 2000-08, Dr. Pieschel. In 2009, Dr. Kendall Dunkelberg became director and continues in the role today.

"I've been involved with the Symposium for about 20 years," Dunkelberg said. He coordinates the major event while also teaching world literature, creative writing and a poetry workshop. 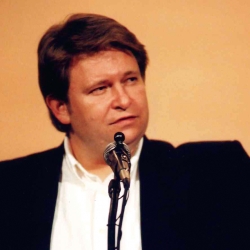 "We have developed a good reputation as a writing Symposium," he said. "Writers generally are happy to be here because they've heard about us. We especially try to attract writers who are early in their careers so we can continue to invite them back."

As the writers gather each year, Dunkelberg said there's a special dynamic that occurs. "There is something that happens when you bring a group of writers together," he said. "They share with each other and become genuinely interested in each other's work. It creates a kind of community. Many become friends."

One of the director's challenges is to determine a theme for each year's program. In 2013, that was "Alive as Ever, on the Brink of Oblivion': Southern Writers in the Eye of the Storm."

Mark Childress, author of "Crazy in Alabama" and, more recently, "Georgia Bottoms," participated in the 1996 Symposium and recalls being impressed that Eudora Welty was the inspiration for a gathering of writers. "I remember thinking how wonderful for her to be honored in a specific way that is not granted to many writers: hearing her work discussed in a serious, critical way while she is still around to respond." 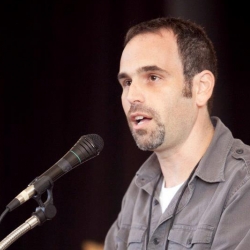 Michael Kardos, author of the well-received 2011 novel "The Three-Day Affair," who participated in the 2012 Symposium, came away a fan of the experience. "Having lived in a number of states, I can say Mississippi is unique in its enthusiastic support of its contemporary literary community—and the Welty Festival has been a pivotal part of this community-building for the past 25 years," he said. "For writers, it has been a place to gather: to spend a weekend meeting other writers, sharing ideas, encouraging one another's efforts in what is typically a solitary pursuit. For readers, it has meant a chance to experience the amazingly diverse range of styles and voices and personalities that constitute Southern writing."

Equally important to Richardson, since the Symposium's inception, is its impact on students. He annually teaches a Welty class that asks participants to read all of the works featured in that year's Symposium. It quickly reaches capacity. "The Symposium is a wonderful opportunity for our students," he said. "Th e writers are always accessible to those attending, and some of our students have gone on to become writers." In 2012, for example, W alum Christopher Lowe ["Those Like Us: Stories"] was among featured writers. " For students who participate, it's the highlight of their year," Richardson said.

For the past few years, those students also have included more than 100 area high school students. "The Symposium events are free, and we have seen increased interest from local schools," Dunkelberg said. "It has been good exposure for students, because it helps them to get excited about reading." 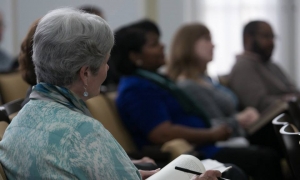 Looking back on the past 25 years, Richardson is quick to give credit to others "who have done the bulk of the work."

In the end, he said, "I'm thrilled to have been a part of this." Dunkelberg is equally enthusiastic about the Symposium and its impact. "I don't think I've ever seen a less than excellent year," he said. "By and large, you get a group of very good writers. Most want to connect with an audience and want to communicate."

As the Symposium celebrates a milestone in its history, Dunkelberg is already looking ahead. "I'm excited about the next 25 years."