From The W Archives: Campus Life 100 Years Ago 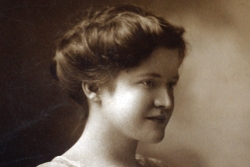 A scrapbook from the MUW Archives by the class of 1913 Student Government Association president, Kate Cunningham, gives testimony to the lighter side of life on the campus of the Industrial Institute and College.

We see several students in costume striking dramatic poses around campus, one in a floor-length, American flag gown, another in a jester's motley; candids of students in pajamas smiling sheepishly at the camera. A few show Kate and a friend sharing a cot out on a balcony. One catches a glimpse of university president Henry Whitfield, his fedora cocked so low on his brow that the rim nearly touches his nose.

Kate herself was well-known on campus. She was the second SGA president of Industrial Institute and College, and already developing a reputation on campus as a future innovator in state education. Her husband, Flavius Josephus Hubbard, would become Head of Vocational Education in the state; she briefly headed the Home Economics department at Mississippi Southern College (now University of Southern Mississippi) and now has a building on Southern Miss' campus named in her honor.

The yearbook from 1913 describes her as "strong in thy self and powerful to give strength" – words Samuel Coleridge once used to describe Wordsworth. Such strength she sorely needed during World War II, when not one, but both of her sons were captured by the Japanese. The US military at one point even notified her that they believed there was "no hope" of recovering one of them, John William Hubbard. Both sons survived the war, however, and she lived to see both of them return to her.

Kate passed away in 1946, but the memory of those precious years at the II&C persists through these pictures. 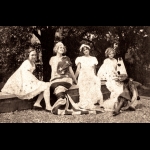 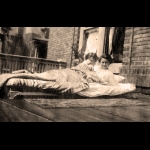 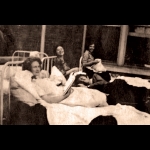 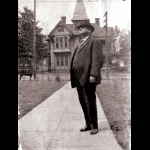