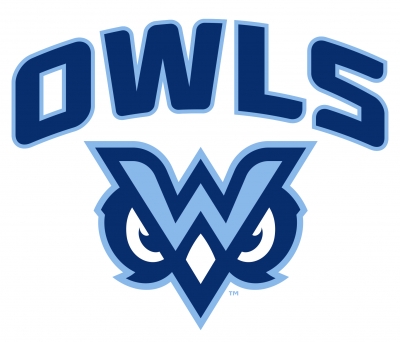 The Owls Athletic Department had an amazing 2019- 2020 season on the academic front, despite the athletic spring season being cut short due to COVID-19.

In 2020, W Athletics graduated 32 student-athletes and four graduate assistants, the largest graduating class since the program was re-established in 2017.

The Owls were awarded the coveted United States Collegiate Athletic Association (USCAA) President’s Cup for their performance in the classroom. The W scored a composite score of 1.33 (lowest score) while being second in the association in Top 5 Team GPA’s and National All- Academic Winners. W athletes had an overall 3.4 GPA during the 2019- 2020 academic year, while 49 athletes received USCAA All-Academic Team honors for completing 24 or more credit hours with 3.5 GPA or higher.

The women’s volleyball team was honored by the American Volleyball Coaches Association by receiving its 2019-2020 USMC / AVCA Team Academic Award. With a 3.64 team GPA, the Owls were one of 49 teams on the NCAA Division III level and one of two teams that are members of the United States Collegiate Athletic Association (USCAA). W volleyball had 17 student-athletes with 3.0 GPA or higher for the academic year, 12 with GPAs greater than 3.5, and senior outside hitter Haley McMurphey recorded the team’s only 4.0.

In the upcoming year, there will be several new faces in the department. The Owls added a new men’s soccer coach, women’s soccer coach, softball coach, and assistant volleyball coach. There were also two internal promotions to fill other available positions.

Coach Carter joined The W in 2016 and was instrumental in getting the department and the volleyball program off the ground. Now, she will head the volleyball program and continue its forward progress. As the new SWA, she is the highest-ranking female in the department and will be involved in senior-level management decisions within athletics on the campus and will have oversight of both men’s and women’s sports.

Former assistant tennis coach Daniel Talley was promoted to head coach and will serve as the director of compliance. From 2018-2020, he worked with then head coach Laura Marro to launch The W tennis program. He was actively involved in creating two teams that have been competitive against established teams over the past two seasons. He will now continue those efforts as head coach while ensuring that the Owls remain NCAA compliant as The W’s athletic compliance officer.

Alexander comes to The W after spending one season as the head coach of the girls' varsity soccer program at Henry W. Grady High School and three seasons leading the boys' and girls' varsity and junior varsity programs at Caledonia High School. As an athlete, Alexander played two seasons at East Mississippi Community College where he served mainly as a forward with midfield responsibilities. He started each game and earned the title of Leading Goal Scorer his sophomore year with a nine-goal record. As the new head coach, Coach Alexander has a fresh take on the sport with a true understanding of soccer and is a welcomed addition.

Lyles comes to The W after spending two seasons at Columbia High School as the head coach of the boys' and girls' varsity soccer teams. As the first coach in the history of the two programs, she had the large task of building both from the ground up. She has served the sport of soccer in several capacities, including executive administrator for the Hattiesburg Youth Soccer League and program director at the Southern States Soccer League. At the helm of the Owls women’s soccer team, she brings a wealth of knowledge and a defined vision.

Foster joins the Owls athletic staff with a total of 23 years of experience as a softball head coach, a compliance director, and as an athletic director. Coach Foster spent the last four seasons at Greenville University as its head softball coach where his team excelled on the field and in the classroom. He is wellversed in athletics and brings a mountain of experience and structure to The W softball program.

Last and not least, Boyer will serve as the volleyball assistant coach and the Owls academic coordinator. Before coming to The W, Boyer served as the volleyball graduate assistant coach at Belhaven University and the director of operations for the local volleyball organizations. As a student-athlete, she played at the University of Texas at Tyler in 2012 and finished her collegiate career at Belhaven from 2013-2015. As the Owls academic coordinator, she will advise, counsel, and monitor services related to the academic process and the continued eligibility of The W student-athletes.