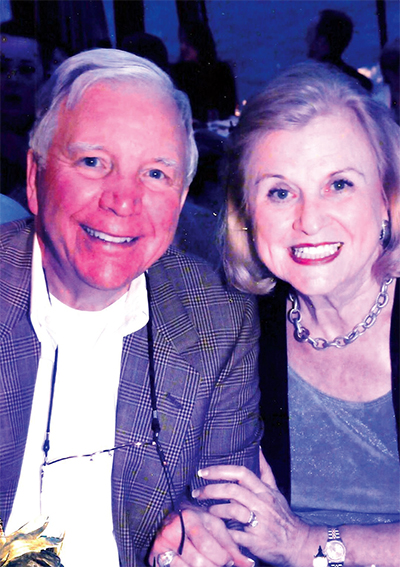 When Pat Stone Meiners of Hazlehurst arrived at The W in 1955 at the age of 17, she felt immediately at home. “My dad and his five brothers were MSU grads., and The W was my only choice,” she explained. Three of her cousins later graduated from The W, following a new family tradition.

But what a choice The W gave her. “I visited campus, and I thought ‘This is wonderful.’ During her two years on campus, she lived in Hastings and Reneau, “because someone told me cute girls lived in Hastings.” A home economics major, Pat remembers being told their rooms would be checked every two weeks for neatness and they could earn demerits. Quite a welcome to campus culture!

But she was inspired by all she found the campus had to offer. “I still have a romantic view of The W,” Pat said. “When I come on campus, I feel 18 again. All the memories come flooding back.” It was her classroom studies, in addition to lifelong friendships, that helped shape her life. “I learned so much during those two years about nutrition,” she said. “It’s affected our lives ever since in terms of diet and health.”

Twenty-five miles away, her high school sweetheart, Don Meiners, two years her elder, was finishing his electrical engineering degree at MSU. When Pat was 19, they married, beginning what is today a 63-year partnership.

Pat would put her education on hiatus for family, returning to school to finish an elementary education degree in 1982 at Belhaven University. She subsequently taught 4th-grade math and science for a number of years at Jackson Academy. “I wanted to do my part for our children’s education,” she said.

Don, meanwhile, became a successful executive with Entergy Mississippi, ultimately rising to president and CEO before his 1999 retirement. The Donald E. Meiners/Entergy Scholarship at MSU was established in his honor to support engineering majors.

“We’ve continued to give to that scholarship, and I felt we should do something for Pat,” Don said, “but when I would ask her about it, she did not seem interested. Finally, I told her I wanted to do it. That is all it took. She just wanted me to take the initiative.”

Pat is in her third tour on the MUW Foundation Board of Directors, and Don has previously served. “We’ve come to know the leadership here, and we know what an incredible job they do. We also realize what a good value The W is. We have been continually impressed.”

Both Meiners said they have “a strong feeling for helping others,” and that’s what they’ve done with the Patricia Stone Meiners Scholarship recently established in the MUW Foundation with cash and a planned gift. “We wanted our investment to support areas where Mississippi has real needs,” Don said. Hence, scholarships will be designated for students who meet academic criteria and demonstrated financial need and who are majoring in nursing, education or business.

“Donors such as Pat and Don not only are providing resources for deserving students at The W, but they are ensuring that our graduates will make an impact in communities across Mississippi,” said Andrea N. Stevens, executive director of Alumni and Development. “They are making a significant difference with their investment in our university.”

For their part, the Meiners say, “We’ve really been blessed in our lives. It’s so good to see young people reach a dream.”