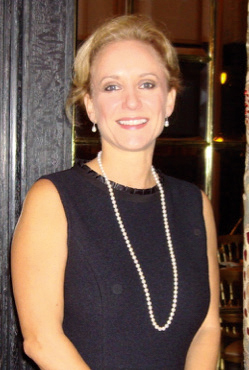 Dedicated mentor, faithful friend, loving wife, daughter, godmother, loyal Mississippi University for Women alumna – these are just some of the attributes that characterized Jane Keating Rodriguez (MUW: 1981-1984), a remarkable woman who faced a 10-year battle with metastatic breast cancer with courage, poise, Southern charm and humor. With seed funds left to The W by her estate, Jane’s family and friends have increased that sum fourfold to launch the Jane Keating Rodriguez Scholarship in her honor and, as noted below, hope to raise more!

“Jane loved her time at The W and left only to follow in her sisters’ footsteps for a degree in pharmacology,” reported her husband, Rod Rodriguez, who with Jane’s dear friend, and MUW classmate, Robin Glisson Powers (MUW: 1983- 1985), spearheaded forming the Jane Keating Rodriguez Scholarship Fund.

The Jane Keating Rodriguez Scholarship has been established with a preference to be given to students interested in the study of oncology or related chronic diseases or who follow in Jane’s footsteps in the study of pharmacology. The scholarship, which will be awarded by the University, also will keep students from the South, like Jane, in mind.

“Jane was comforted and engaged by the knowledgeable, understanding and dedicated oncology nurses she worked with over the years of her illness,” noted her husband. “They are truly angels,” she would tell him. Rod, Robin and her many friends and family know Jane would encourage students to work hard, be mindful of others, be thankful for their many blessings and give back at every opportunity.

Born in Batesville, Miss., Jane was an honors graduate of West Panola Academy and went on to attend MUW, where she was a member of both the Reveler and the Blacklist Social Clubs. She was also a member of the MUW Modeling Squad. Jane went on to earn her pharmacy degree from Ole Miss (though she continued to return to The W for Blacklist events!).

Jane’s professional life started at Merck, where she worked for 20 years. At Merck she became a member of the medical education team for the cholesterol drug Zocor and was the recipient of numerous awards. (The day following a Merck conference she helped organize, Jane met her future husband on a sunrise hot air balloon ride over the Arizona desert.) After their marriage, Jane moved to the Northeast and joined Sanofi US. At Sanofi Jane became a Director, Regional Medical Liaison, Diabetes Field Team, US Medical Affairs.

“Jane dearly valued working—contributing,” remarked Rod Rodriguez, who added that his wife’s role as a region director of a diabetes education field team at Sanofi was her “dream job.” “Jane loved inspiring and tutoring her merry band at Sanofi; and how they appreciated her guidance and her advocacy for them!”

Jane’s faith was central to her being, following the example of her parents, Mary and Ralph, whom she visited often and who survive her. Jane was a lifelong member of Curtis Union Church and First Baptist Church of Batesville. Jane also was active in Christ and Holy Trinity Church in Westport, Conn., where she and her husband resided.

Jane dearly loved being godmother to Emma and Julien, and “Auntie Jane” to them and to Savanah, Libby, Seth, Scott, Sebastian, Cristian, Laura, Lexi, Tracy, Rebecca, Justin, Samantha, and Heather — to so many children she remembered always. Not least, she loved playing with her beagle-mix rescue, Lucas. Born on Nov. 22, 1963, Jane died peacefully at home the spring of 2015 at 51.

If you remember Jane, have experienced the loving care of a good nurse, or are otherwise moved by Jane’s story, consider making a tax-deductible memorial gift toward the Jane Keating Rodriguez Scholarship at give.muw.edu or contact the Office of Development and Alumni at (662) 329-7148.