When it comes to Mississippi University for Women’s master of fine arts in physical theatre, it probably doesn’t get much better than studying in the city of Arezzo, Tuscany, Italy. 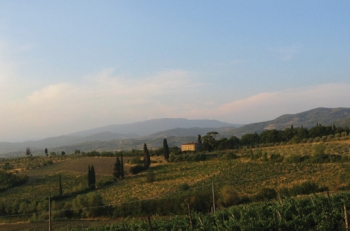 Centrally located, the Accademia dell’Arte, boasts of three venues, including Villa Godiola, overlooking the medieval city walls of Arezzo; La Stalla, a state of the art facility located in the heart of the historic center; and Palazzo Gozzari, new office space for the MFA staff there. Other cultural centers such as Rome, Florence, Siena, Bologna and Perugia are just a train ride away. Now, add in Torino, Berlin and Czech Republic and students are sure to be in for a learning experience like no other.

“Unique. Life-changing. Empowering,” were some of the first words that came to mind as Robert Shryock described his experience in Europe.

Shryock, who was in the inaugural graduating class of the program, currently works as director of communications and recruiting at Accademia dell’Arte.

“I was in residency two years in Arezzo, Italy and six weeks in Torino,” he said. His entire final semester was resident in Milan. Students who are in the MFA program now study in the Czech Republic instead of Milan.

“It has been very empowering. Overcoming the challenges of living in multiple cities where the culture and languages are different, these are intangible skills that you cannot gain elsewhere,” Shryock added.

Offered in conjunction with the Accademia dell’Arte in Arezzo, The W’s MFA in physical theatre combines the study of movement/dance, Italian language, vocal study and music with the study of circus arts, the techniques of the commedia dell’arte and contemporary mime/masks.

With an emphasis on “actor as creator,” students get extensive training, as well as knowledge of the aesthetic, historical, and social contexts of the commedia dell’arte. 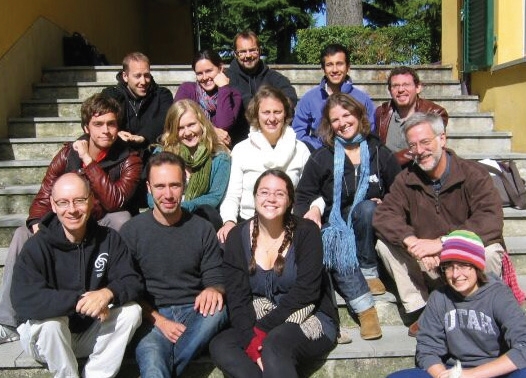 “Our program focuses on the kind of theatre that doesn’t use text in the traditional sense,” explained William “Peppy” Biddy, professor of theatre and director of graduate studies at The W. “The actors are devising their own acts—such as solo pieces and ensembles—as the creator.”

He added, “The program is not for everyone because it is so specialized, but for the people who are drawn to it, it is unforgettable and something they won’t be able to get anywhere else.”

The MFA program spans over a 26-month period divided into modules that range from eight weeks to 12 weeks. Total instruction is more than 1800 hours, requiring 60 semester hours of coursework, culminating with a performance project and a thesis.

Besides location, Shryock was drawn to the program because of its unique training. “I was looking for alternate approaches to actor training as well as alternative approaches to creating performance work. The Accademia is one of the only institutions in the world that offers an MFA in physical theatre,” he said.

The experience also helped him transition a lot easier as a professional theatre artist in cities, where he does a lot of work, including San Francisco and New York.

As a result of his training, Shryock said he was able to create his own work. “A lot of times, as an actor, your career hinges on someone else giving you opportunities. While I am able to work within this system, and still do at times, I’m also able to work outside of it.”

Meredith Fox, who completed the program in spring 2012, is assistant professor of musical theatre and dance, at Catawba College in Salisbury, N.C. There, she is in her third year of teaching theatre movement and dance, and she is a professional performing artist when her teaching schedule permits.

She said, “I was attracted to The W’s MFA program because of the ability to study so many facets of physical theatre in several places around Italy and Europe with working professional artists from the various disciplines.” Fox added, “The experience of studying abroad for a few years gave me so much insight into myself as a person and an artist as well as understanding my home culture from an outsider’s perspective.”

She explained that the work was hard, but rewarding both in and outside the classroom.

“Inside the classroom, the professors and classmates challenged me to step outside my comfort zone and discover new skills I never thought I’d be able to do,” Fox said.

“Outside the classroom, I was humbled many times by being in a minority population linguistically, culturally and ethnically, and had to learn how to adapt respectfully to the different cities where I visited and studied.”

Benjamin Sota, another student who completed the program, is professor of physical theatre at Coastal Carolina University in Conway, S.C., and director of the nation’s first bachelor of fine arts program in physical theatre.

“Being at The W literally got me my current job,” he said.

“Similar to Peppy, for my school, I’m the bridge between Accademia dell’Arte and my school in the United States. In addition to creating this exchange, I also teach a full load of undergraduate theatre classes.”

While in Columbus, Sota directed and wrote a show at The W titled “Possum Town Circus,” which featured Sota and W theater students who attempted feats as part of their performance.

“It was huge and was supported by the university and also by folks in Columbus. This happened four or five years ago and I’m still friends with the actors on Facebook.”

This article originally appeared in the Fall 2015 issue of Visions. 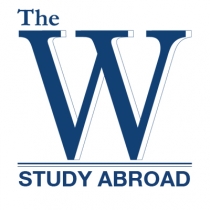 Whitfield Hall, 1st Floor
Phone: (662) 241-6833
E-Mail: This email address is being protected from spambots. You need JavaScript enabled to view it.