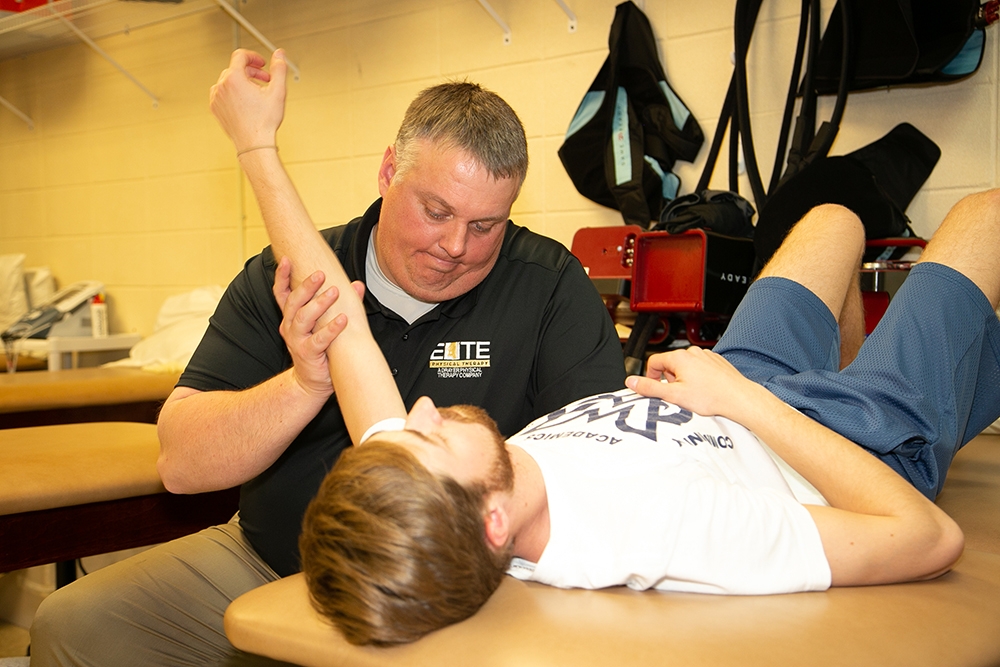 Columbus, Miss. -- Education is at the heart of everything Jason Miller does.

Instead, Miller wants everyone to know athletic trainers do more than just tape ankles or wrap elbows or shoulders in ice. In fact, Miller’s work as an athletic trainer with the student-athletes at Mississippi University for Women involves education, planning, maintenance, rehabilitation, communication and more.

“We want to explain why schools and teams need athletic trainers,” Miller said. “I am 40 now and I think before I am 50 you probably will see athletic trainers in every high school in the state of Mississippi, or at least trying to get there.”

Miller will work to convey that message to as many people as possible during National Athletic Training Month, which is held every March to spread awareness about the work of athletic trainers.

“It is not just celebrating Athletic Training Month,” said Miller, who also works for Elite Physical Therapy in Columbus. “It is understanding that you have to be able to communicate with people if you are an athletic trainer. If you can’t, you are in the wrong profession.”

Miller said schools always have athletic events going on, so there is a constant need for trained professionals to care for student-athletes. According to statistics provided by the NATA, 19% of athletic trainers work in colleges or universities, while 18% work in secondary schools, 17% are employed in clinics and hospitals and 27% are students.

Miller said the profession has seen significant growth in the last decade. He said the Mississippi Athletic Trainers’ Association played an integral role in getting a concussion law passed in 2014. The law has helped ensure the health and safety of student-athletes of all ages.

There will be a celebration of the event March 2 on campus. Miller hasn’t set a formal educational opportunity at The W, but he and Huggins will continue to make student-athletes more aware of healthy habits and the steps they need to take to avoid injuries.

“I see a big difference in the awareness of what athletic trainers do,” Miller said. “It is not as much of a teaching thing with parents of student-athletes. You don’t have to beat them over the head and tell them the things they need to be doing because they already started doing those things in high school.

“We’re not trying to get you bigger, faster, stronger, unless you are coming back from an injury. That makes a big difference. We will continue to educate about the orthopedic doctors in the area, the physical therapists people might use. All of those people are involved in promoting us without us having to promote ourselves.”