The W receives grant to increase women in state politics 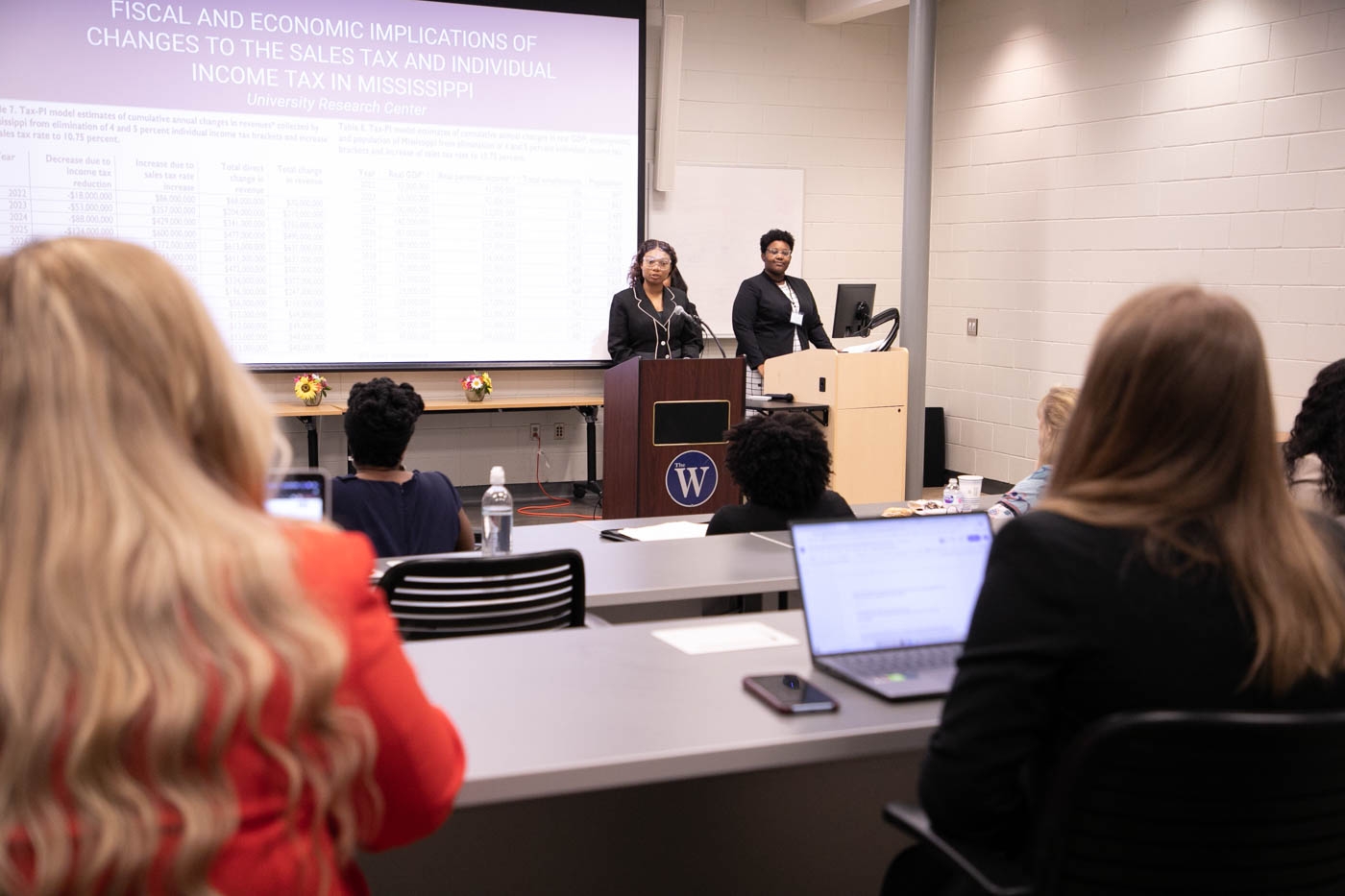 COLUMBUS, Miss-- Mississippi University for Women looks to recruit more women for state political positions with a $50,000 grant from The Ascend Fund.

NEW Leadership® is a national bi-partisan program developed by Rutgers University to address the under-representation of women in American politics. Each summer the program brings together college women from across the political spectrum and from a wide range of racial, ethnic, educational, political and economic backgrounds to discuss the roles of women in leadership and politics.  NEW Leadership® Mississippi is designed to educate, empower and encourage college women to become politically active and to take on leadership roles in public service. During the program, students will meet women leaders, learn about women in American politics, and develop and practice leadership skills through panel discussions, workshops and hands-on projects. Participants earn two college credits in women's studies or political science that may be transferred to the institution they attend.

With the new grant funding, NEW Leadership will be able to increase the number of students admitted and provide additional staffing that includes peer mentors and faculty in residence. The program will additionally provide a networking event at the state capital to introduce participants to elected leaders, party officials and campaign professionals. NEW Leadership Mississippi is funded by Mississippi University for Women and private donations each year. The opportunity comes at no cost for participants.

Rainey said, “As a nonpartisan institute motivated by the vision of fully representative democracy, we try to recruit diverse cohorts of women reflecting the full range of Mississippi's population. We know the state will never reach gender parity if conservative women aren't recruited, and we know that conservative women have sometimes been left out of national efforts to encourage women's participation.”

“Not only are we empowering a diverse set of women to run and lead in Mississippi politics, but we are also creating an environment in which they get comfortable with their differences and learn to work together professionally and civilly.”

Mississippi University for Women was the only university selected to receive a grant from the Ascend Fund.

According to The Ascend Fund, Mississippi consistently ranks in the bottom 10 states nationwide for women’s representation and women have never held more than 20% of the state legislative

The Ascend Fund used an external review committee to evaluate applicants and select awardees from a diverse pool of applicants. Organizations received grants ranging from $15,000 to $100,000 with the average grant being $50,000.

The Ascend Fund is an initiative of Panorama Global dedicated to accelerating the pace of change toward gender parity in U.S. politics. The collaborative fund pools philanthropic capital to support nonpartisan, nonprofit organizations that are working to ensure women have access to the resources and support they need to run for office, and that are breaking down the barriers that prevent women from running and winning.

FOR IMMEDIATE RELEASE
Nov. 4, 2021
Contact: Tyler Wheat
(662) 241-7683
This email address is being protected from spambots. You need JavaScript enabled to view it.