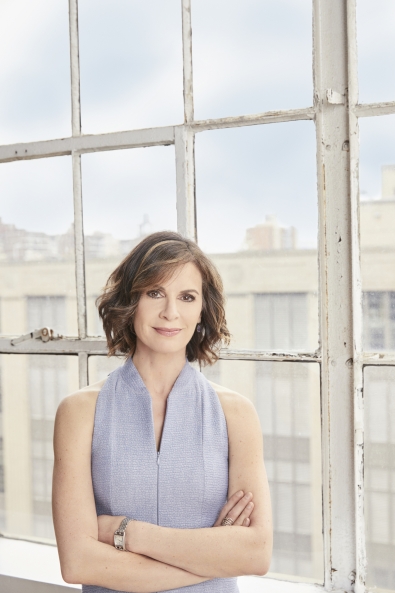 Vargas has traveled the world covering breaking news stories, reporting on in-depth investigations and conducting news-making interviews. She is the host of America’s Most Wanted on Fox TV. She hosted the hit newsmagazine show 20/20 on ABC for 15 years, was co-anchor of World News Tonight and was news anchor and frequent host of Good Morning America. She hosted A&E Investigates, doing a series of documentaries that still air on Hulu.

During the historic Iraqi elections in December 2005, she reported extensively for World News Tonight from Baghdad on both civilian life in Iraq and American military involvement there. Vargas has interviewed leaders from around the world, including President Bush from the Oval Office in the White House. Vargas has also anchored ABC News coverage of live, breaking stories, including the deaths of President Ronald Reagan and John F. Kennedy, Jr., and Hurricane Katrina’s devastation from the U.S. Gulf Coast. Vargas won an Emmy in 2000 for Outstanding Instant Coverage of a News Story for anchoring live coverage of the Elian Gonzalez case.

In 2016, Vargas released her memoir, “Between Breaths: A Memoir of Panic and Addiction.” The book details her lifelong struggle with anxiety and how she self-medicated with alcohol and tells a powerful story of healing and coping.

The book spent several weeks on the New York Times bestseller list and won numerous awards. Vargas is a member of the board of directors for the non-profit Partnership to End Addiction. She hosts a podcast, Heart of the Matter, about addiction, recovery and the stigma so many face in their effort to heal.

Andrea Stevens, W executive director of development and alumni, added, “The Welty Gala raises funds to support scholarships for deserving W students and is an opportunity for our alumni and friends in the region to hear well-known speakers. It’s always a great evening with a wonderful meal, and it benefits such a worthy cause.”

Autographed books will be available for purchase. Black tie is optional.

Online registration is available at www.muw.edu/welty/gala. Tickets can also be purchased by calling the Office of Development and Alumni at (662) 329-7148.

FOR IMMEDIATE RELEASE
Oct. 7, 2021
Contact: Tyler Wheat
(662) 241-7683
This email address is being protected from spambots. You need JavaScript enabled to view it.