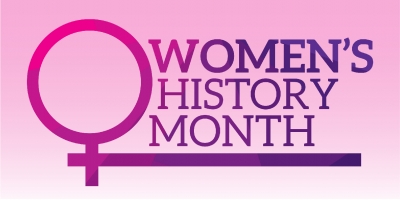 COLUMBUS, Miss.-- March is Women’s History Month, and there’s no place better to celebrate than Mississippi University for Women.

Activities will include both virtual and face-to-face events, from virtual concerts and Zoom Watch parties to a Women’s History Walk and a Women in Politics panel discussion. In line with the UN’s theme for International Women’s Day 2021—Women in leadership—campus events are focused on promoting women’s professional and political empowerment.

Rainey worked with offices across campus to plan events and says reflecting on this goal is especially important at the country’s first publicly-funded institution for the advanced education of women.

Despite the challenges of programming during a pandemic, she said people across campus contributed to produce a diverse calendar of events. Professors submitted photographs and biographies for the #WomenAtWork social media initiative, which will highlight women who have made significant contributions to their professions as well as women’s labor at all levels, in and out of the home.

Karli Ching, who is interning with the CWRPP as part of her Women’s Leadership Master’s program, spearheaded the #WomenATWork initiative. She believes it will provide an important way for people to break out of the isolation many are experiencing.

Ching said, “With COVID happening, it’s been difficult to think of ways to engage with others and come up with events that might be fun even from home; therefore, I’m excited to be working on the #WomenAtWork Social Media Initiative, which is a fun and easy way to celebrate all women and their accomplishments—big or small!”

As the WomenAtWork initiative shows, some programming will last all month long. The 5th Annual International Music by Women Festival will offer a virtual concert each evening of March. Each evening a new recording will be released at 7:30 p.m., and listeners can tune in on the festival website (www.muw.edu/musicbywomen) or on the Music by Women Festival YouTube Channel. All recordings will remain online afterward.

John C. Fant Memorial Library is also hosting Zoom Watch parties at 6 p.m. on the 2nd, 3rd and 4th Mondays of March. Each watch party features a documentary that highlights women who have made a difference. On Monday, March 8, the film series kicks off with “She’s Beautiful When She’s Angry,” which chronicles the women, issues, and activities that formed the second wave of the U.S. women’s movement. Called “the best film yet about the women’s movement,” by Sarah B. Rowley of The American Historian, the film has won two film festival Audience Awards for Best Documentary, was selected as Best Documentary at both the Hamburg International Queer Film Festival and the Fairhope Film Festival and took Best of Festival at the Zonta Film Festival.

The films were selected by Mackenzie Pearce, a political science major who is interning at the CWRPP this spring. She spearheaded the effort to create a film series and coordinated closely with Victoria Jones, the university’s Archives and Special Collections librarian, to finalize plans.

In addition to the film series, Pearce is also behind a Women in Politics panel discussion scheduled for 6 p.m. on Tuesday, March 30. The panel, which will be held in Nissan Auditorium and will feature women like Starkville Mayor Lynn Spruill, is a collaboration between the Department of History, Political Science, and Geography and the nonprofit MS Votes, where Pearce is a democracy in action fellow. She reports a rewarding experience, "I have thoroughly enjoyed working on Women’s History Month. I love to organize and plan events, so working on the film series and panel was right up my alley."

Rainey said it is vital to celebrate the accomplishments of women throughout the years because their lives and labor have been historically undervalued and unacknowledged. Revaluing women’s experiences and contributions, she said, is what Women’s History Month is all about.

Rainey said, “Beyond rediscovering women’s pre-existing contributions, we also use this time to celebrate and encourage those who are claiming space for women in areas of life that remain male-dominated and for women who have not always been included when historical advances were made toward gender equity. In this way, we hope to acknowledge the women who are making history today and to help girls and young women discover the role models they need.”

The complete calendar of events can be found at: https://bit.ly/2PqtNFx