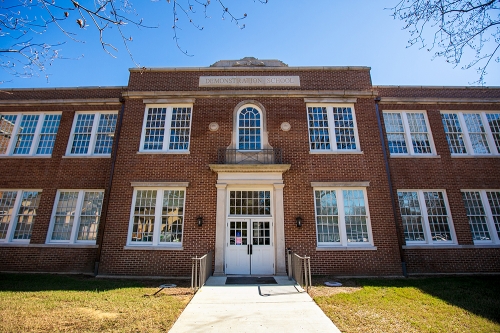 In 2008, Moore was diagnosed with Parkinson’s disease, which gradually made his voice softer and sometimes hoarse or raspy with less resonance.

For 25 years, Moore worked as a professor or as an associate dean at Mississippi State University, so it was crucial for him to be purposeful and deliberate with his speech. 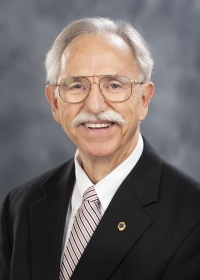 “I would strongly recommend this program to anyone with Parkinson’s disease who is experiencing speech, voice or swallowing problems,” said Moore, a professor emeritus at MSU, who recently became the first “graduate” of The W’s Speech & Hearing Center SPEAK OUT!® program.

Moore said he decided to participate in the Parkinson Voice Project after reading a newspaper article about Ball’s grant. He worked with Ball and W graduate students Madison McCollum and Kaylin McCree to complete a 12-session SPEAK OUT!® program (three one-hour sessions per week) using the Zoom virtual platform to perform the speech, voice and cognitive exercises. Moore now has one speech therapy session per week with daily home practice.

Moore said the work has impacted his life. He said he has a Bluetooth feature in his SUV that is connected to his cell phone. He uses verbal commands to make calls while driving and hasn’t had to repeat commands since enrolling in the SPEAK OUT! ® program, which shows his voice is stronger and that he is speaking with more intent.

In March 2020, the Parkinson Voice Project awarded a grant to Ball to help her expand the work of The W’s Speech & Hearing Center, which provides a wide range of services to all ages -- infants through elderly. Ball used the grant award to teach clinical educators and students (graduate and undergraduate) at The W about the Parkinson Voice Project program. The grant provided support materials for students and individuals with Parkinson’s disease, which is a progressive disease of the nervous system marked by tremor, muscular rigidity and slow, imprecise movement, chiefly affecting middle-aged and elderly people.

Speech characteristics associated with Parkinson’s disease often include quiet voice, monotonous speech with limited pitch and intonation, rapid speech with some stuttering-like utterances, to name a few. Swallowing is also often impacted; individuals with Parkinson’s may easily have foods or liquids “go down the wrong way,” cough or even get choked on foods.

Since receiving the grant, 37 graduate students at The W have completed the training and are ready to provide these services to individuals with Parkinson’s disease upon graduation. 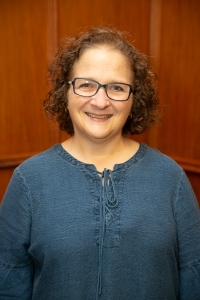 “While the world is struggling to adapt to the coronavirus epidemic, students at The W have implemented the SPEAK OUT!® and The LOUD Crowd® programs effectively by providing the services online,” said Ball, who has spent more than 20 years working with individuals with progressive neurologic diseases (e.g. ALS, or Amyotrophic Lateral Sclerosis, and Parkinson’s).

The programs focus on teaching people with Parkinson’s disease to regain and/or maintain effective speech and swallowing skills in the face of disease progression. Ball said the two-phase treatment strategy has proven effectiveness based on research. She said Moore completed the program in a month and that he virtually eliminated the speech features present when he started the program.

“Dr. Moore says his wife understands him better and his family and friends have commented on his improved speech,” Ball said.

Ball said The W Speech & Hearing Center will continue to provide services to individuals in the Golden Triangle to meet the needs of those affected by Parkinson’s disease.

“We are thrilled that W graduate students in speech-language pathology, upon graduation, will add the capacity to provide these services locally,” Ball said.

That is great news for Moore, who said Ball and her students should be commended for their efforts to obtain external funding to help people with Parkinson’s disease and to strengthen The W’s Speech-Language Pathology graduate training program.

“Dr. Ball and her students are a delight to work with, and I enjoy our visits before and after each lesson,” Moore said.