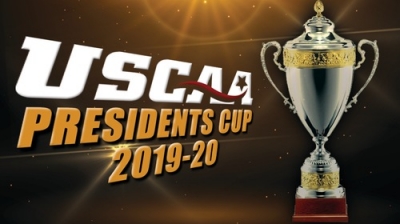 NORFOLK, VA – The United States Collegiate Athletic Association (USCAA) awards the Mississippi University for Women the 2019 President’s Cup. The award is given to the athletic department that scores the best in academic performance in the association.

The Owls from Mississippi University for Women scored a composite score of 1.33 while being second in the association in Top 5 Team GPA’s and National All-Academic winners. For the second year in a row Saint Mary of the Woods College comes in second with a respectable score of 3.33. The 2018 winners Christendom College tied for third this year with Penn State Schuylkill scoring at 4.66. Penn State DuBois rounds out the top-five scoring 5.33.

This award is set forth to honor member institutions whose student-athletes excel in the classroom. The cup sets out to highlight the efforts of an athletic program to put the student first in its mission of providing opportunities for young people. Based on the adoption of the above philosophy, the President's Cup committee rewards points to institutions by their rank against other institutions in program GPA, All-Academic award winners (3.5 GPA+ individuals) and overall athletic department GPA.