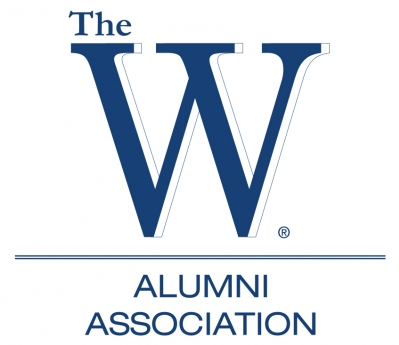 COLUMBUS, Miss.-- Mississippi University for Women congratulates the latest slate of officers who were elected by the MUW Alumni Association (MUWAA) members. The five new board members and president-elect were sworn in by Kristi Mosley during the university’s annual meeting, held remotely this year.

The MUWAA Board of Directors is comprised of 15 total members—five members in three “classes,” each of whom serve three-year terms. The newest class of board members, who will serve from 2020-2023, are Robbie Foxx (1973), Ph.D. of Columbus; Jermarra Jones-Price (2008) of Southaven; Kacey Keeton (1997) of Montgomery, Alabama.; LuAnne Farrar McGuirk (2003) from Potts Camp; and Lydia Coffey Pierce (2009) from Petal.

President-elect Katherine Shell Benson of Southaven, will serve for the 2020-2023 term. This is a two-year term, serving alongside current acting president, Rebecca Rogers, this year, and serving as acting president the next.
The new board represents majors from The W ranging from English to music and represents graduation years from 1973-2009. Of the new board members Rogers had the following to say, "We are adding an outstanding mix of individuals to the MUWAA Board of Directors this year. Their talents and expertise are strongly aligned with each of the efforts we have slated, and I am certain we will see great success from the united contributions of our entire team."

Foxx graduated from The W in ’73 with a masters of education in elementary education.

She is a retired educator with 37 years of experience. She is an active MUWAA member and donor to The W Foundation, Welty Gala and The W Homecoming.

Foxx’s platform is to promote education and empower others by exposing them to a wealth of knowledge in science and research. Robbie has served as a staff development presenter for the Columbus Municipal School District and the Mississippi State Department of Education. She helped develop the initial middle school science assessment for the state of Mississippi and established the first hands-on science laboratory for fifth and sixth graders in the CMSD. She was named to Who’s Who Among America’s Teachers for multiple years.

She avails herself to a vast array of educational, civic and social endeavors, such as, the Boys and Girls Club of Columbus Lowndes County and My Book. She was inducted into the Alpha Theta Chi Collegiate Honor Society, an academic and leadership organization dedicated to civic responsibility. Upon earning her doctorate, Foxx accepted a position at Mississippi State University as adjunct professor. 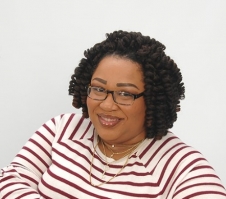 Jones-Price from graduate in ’08 with a bachelor of science in culinary arts with nutrition concentration.

She currently serves as the special events and volunteer coordinator for Tri Delta Place housing facility on the campus of St. Jude Children’s Research Hospital. In 2019, she received the two special recognitions for her work and her community service: St. Jude Patient Family-Centered Care Champion Award and Metropolitan Memphis Hotel and Lodging Association’s Associate Manager of the Year.
While at the W, Jones-Price served as the The W Culinary Arts Club president. In addition, she was a member of Blacklist Honorary Social Club and the Baptist Student Union. She currently is involved in the Midsouth Chapter of the MUWAA, the Blacklist Alumnae Association and the Social Organization Alumni Council. In her free time, she enjoys customizing T-shirts, planners, and home décor with her mother in their joint business, Pour House Design. 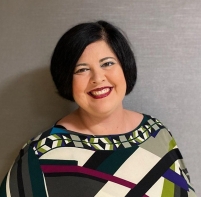 Keeton graduated in ’97 with a bachelor of science in journalism/public relations.

She is currently an assistant federal defender in the Federal Defender’s Office for the Middle District of Alabama. She has served as an associate in the Jackson law firm of Brunini, Grantham, Grower, and Hewes. She is involved in Faith in Action Alabama, the Montgomery Rembrance Project, the Alabama Post-Conviction Relief Project and the Montgomery County Bar Association.

While attending The W she was involved in many organizations including serving as the editor of The Spectator, an associate justice serving in the Student Government Association and staff member of the Meh Lady. She was a member of Mortar Board and the Blacklist Honorary Social Club.

She was the 2017 recipient of the MUWAA’s Distinguished Alumni Achievement Award. Additionally, Keeton has previously served on several MUWAA committees. 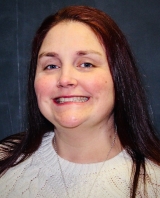 McGuirk graduated in ’03 with a bachelor of science in elementary education with concentrations in math and science.

She has over 10 years teaching and coaching experience. She currently teaches Algebra 1 and is the volleyball and cross-country coach at Potts Camp High School, where she was awarded Teacher of the Term.

While at The W, McGuirk participated in many organizations including Revelers, Mortar Board, KDE and was a class officer. She now supports the university as a member of the Reveler Alumnae Association and SOAC.
In her free time, she enjoys reading, spending time with her family and is active in her church where she serves on several committees.
Pierce graduated in ’09 with a bachelor of arts English creative writing with a minor in communications.

She is the conference and events services manager in the Division of Student Affairs at The University of Southern Mississippi where she manages the Union Complex and the summer camp operation. She is a third-generation graduate, joining her great aunt, mother and two sisters in the Long Blue Line. 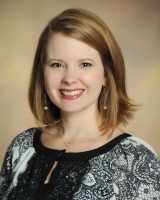 While at The W, Pierce interned at the Center for Women’s Research and Public Policy, represented her class as cheerleader on Class Council; and was a member of the Mortar Board National College Senior Honor Society, Sigma Tau Delta Honorary Society, Torch Honor Society and the Lockheart Social Club. She held leadership positions in all organizations.

Pierce brings a unique perspective to the Alumni Board since she works on a daily basis with college students, faculty and administration. She supports the MUWAA by donating her time and money. She is a founding member of the Social Organization Alumni Council and currently holds the position of parliamentarian. 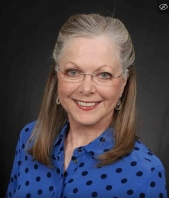 Cynthia Williams Kittrell from Conroe, Texas, graduated in ’76 with a bachelor of science, chemistry and microbiology. Kittrell was voted to fill the vacant position in class of 2021.

While at The W, Kittrell participated in many organizations including Beta Beta Beta, Committee of 82, Gamma Beta Phi, Interclub Council, Lambda Tau, Lantern, Modeling Squad, Pi Tau Chi, Torch, Who’s Who, Silhouettes, and Maskers. She previously served as a member of the Alumni Board from 2001-2004. She has helped with the Long Blue Line auction for several years.

Shell Benson has demonstrated leadership in numerous organizations, such as New Memphis Institute, Junior Leagues of Memphis and Little Rock, Daughters of the American Revolution, Memphis in May International and Krewe of Morpheus. She has received several honorary awards and recognitions: Arkansas Diamond Chef Classic, Winner of Best Original Dessert, Coleman Dairy Award, and Best in Show and Mississippi State BBQ Championships at Southaven Springfest.

She was a member of the Reveler Social Club and has served on the MUWAA Board of Directors (fundraising chair), MUWAA MidSouth Chapter Board (president) and Social Organization Alumni Council Board (co-chair).

Shell Benson said of her new position, “I am elated for the opportunity to serve in the position of president elect for the MUWAA this year. I look forward to a productive year working with Rebecca Rogers, our president and the MUWAA Board to support and celebrate the Long Blue Line and The W. "

Board members are elected by the active membership, required to be an active member for the past two years and serve a three-year term.

About the MUW Alumni Association

The MUWAA exists to support and promote the mission of Mississippi University for Women, including providing scholarship awards to incoming and current students, while also offering alumni engagement opportunities. Active membership is open to any person who has been officially enrolled for at least 12 semester hours and donated to the University. For more information, visit longblueline.muw.edu.