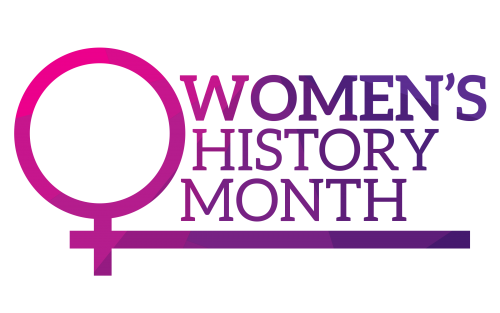 COLUMBUS, Miss. -- March will offer plenty of reasons to celebrate at Mississippi University for Women.

In an effort to identify and memorialize important social, economic and political contributions made by women, The W will kick off Women’s History Month at 9:30 a.m. Monday, March 2, with the “Rightfully Hers” exhibit at the Columbus branch of the Columbus-Lowndes Public Library. The National Archives pop-up exhibit commemorates the 100th anniversary of the ratification of the 19th Amendment. “Rightfully Hers” contains simple messages exploring the history of the ratification of the 19th amendment, women’s voting rights before and after the 19th, and its impact today. The exhibit will be open until April 25.

The event is just one listing in a packed calendar that features a diverse set of activities. Dr. Chanley Rainey, assistant professor of political science at The W and director of NEW Leadership Mississippi, spearheaded an effort she said included help from everyone at The W to ensure there is something for everybody.

“No matter what your interests or how much time you have to spare, there’s a way for you to participate,” Rainey said. “Events focus on women’s role in law and politics, literature, music, business, local non-profits, art and professional athletics. Activities range from pop-up exhibits and public lectures to photo booths and trivia nights; we’ll celebrate together by watching documentaries, taking a self-defense class and wearing white (and purple) to remember women’s struggle for the right to vote.”

Rainey said it is vital to celebrate the accomplishments of women throughout the years because they often have been “invisible” or “left out of history.” As a result, she said The W has worked purposefully to research achievements by women and to bring their work to light.

“In many ways, Women’s History Month is designed to encourage that effort and to shine a light on that previously uncelebrated history,” Rainey said. “Beyond rediscovering women’s pre-existing contributions, we also use this time to celebrate and encourage those who are claiming space for women in areas of life that remain male-dominated. In this way, we hope to acknowledge the women who are making history today and to help girls and young women discover the role models they need.”

Highlights of Women’s History Month include the third-annual Music by Women Festival on March 5-7 in Poindexter Hall on The W campus. The festival will include papers, presentations, lecture-recitals and performances relating to the subject of music composed, taught and performed by women. The festival will feature concerts of new and historic music written by women composers historically as well as in the present day.

Every Thursday in March there will be an installment of a film series that will discuss documentaries that highlight women who have made a difference. The first film will be “Standing on My Sisters’ Shoulders”, which highlights ordinary Mississippi women who are the unsung, grassroots heroes of the Civil Rights Movement. The film was the winner of the Best Documentary in the Pan African Film Festival. It will be shown from 4-6 p.m. Thursday, March 5, in the tiered classroom in Fant Memorial Library.

FOR IMMEDIATE RELEASE
Feb. 27, 2020
Contact: Adam Minichino
This email address is being protected from spambots. You need JavaScript enabled to view it.
(662) 329-1976