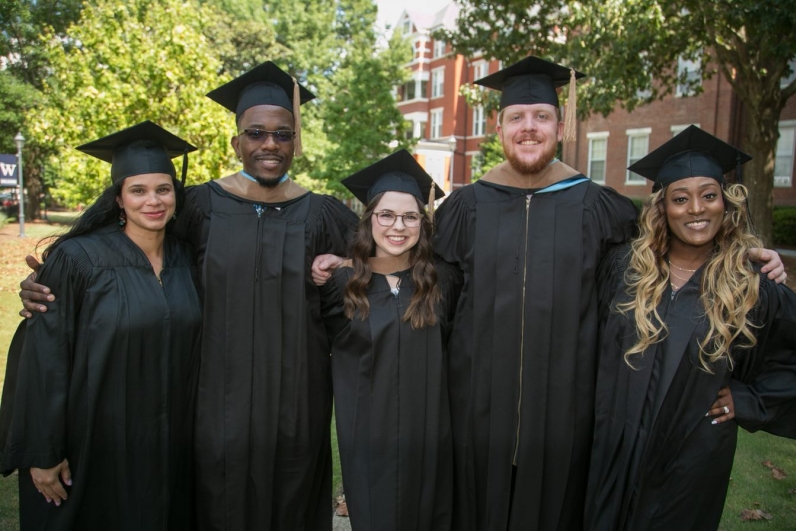 COLUMBUS, Miss. – Mississippi University for Women continues to be a best value for students, as well as a top public Southern regional university, according to two recent national rankings.

The W also appeared in U.S. News’ Best Colleges for Veterans in Southern regional universities at No. 40. As part of U.S. News' annual statistical survey of undergraduate schools during spring 2018, schools report their enrollment of benefits for veterans and active-duty service members. Colleges that make this category participate in federal initiatives that help veterans and active-duty service members pay for their degrees.

According to U.S. News & World Report, its overall rankings evaluate colleges and universities on 16 measures of academic quality. They allow individuals to compare at a glance the relative quality of U.S. institutions based on widely accepted indicators of excellence such as first-year student retention, graduation rates and the strength of the faculty.

Additionally, The W learned that it was ranked by Washington Monthly magazine as 20th in the Best Bang for the Buck--South category.

Washington Monthly ranks four-year schools (national universities, liberal arts colleges, baccalaureate colleges and master’s universities) based on their contribution to the public good in three broad categories. Those categories: Social Mobility (recruiting and graduating low-income students), Research (producing cutting-edge scholarship and PhDs) and Service (encouraging students to give something back to their country).

Nora Miller, The W’s acting president, said, “We are proud of both of these rankings. Providing a high-quality, affordable education is an institutional priority for our university. It is important for universities to retain and graduate students with the least debt necessary.”

The W’s U.S. News rankings can be found at: https://www.usnews.com/best-colleges/rankings/regional-universities-south. Information about the Washington Monthly ranking is available at https://washingtonmonthly.com/2018college-guide?ranking=best-bang-for-the-buck-south-379bac52-8c7f-4bde-a51d-904d2bec7138

FOR IMMEDIATE RELEASE
Sept. 10, 2018
Contact: Anika Mitchell Perkins
(662) 329-7124
This email address is being protected from spambots. You need JavaScript enabled to view it.