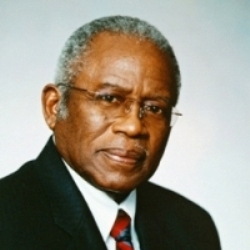 His talk titled “Bus Ride to Justice, the Life and Work of Fred Gray” will begin at 6 p.m. in Poindexter Hall. The presentation is free and open to the public.

Gray is one of the most important civil rights attorneys in America. He began his legal career as a sole practitioner and at age 24 he represented Rosa Parks who refused to give up her seat to a white man on a city bus, the action that initiated the Montgomery Bus Boycott. Gray was also Dr. Martin Luther King Jr.'s first civil rights lawyer. This was the beginning of a legal career that now spans over 40 years.

Determined to right the wrongs he found in his native state of Alabama, Gray has been at the forefront of changing the social fabric of America regarding desegregation, integration, constitutional law, racial discrimination in voting, housing, education, jury service, farm subsidies, medicine and ethics and improving the national judicial system.

Notable cases include Browder v. Gayle, which integrated the buses in Montgomery, Ala., and Williams v. Wallace, resulting in the court ordered protection of marchers as they walked from Selma to Montgomery. Lee v. Macon started as a simple desegregation case against the public schools in Macon County, Ala. It has resulted in Gray initiating cases that integrated all state institutions of higher learning in Alabama, and 104 of the 121 elementary and secondary schools systems in the state. It also resulted in the merger of the Alabama Athletic Association (Caucasian) and the Alabama Interscholastic Athletic Association (African-American).

Gray was born in Montgomery, Ala., and is a graduate of the Nashville Christian Institute, Nashville, Tenn.; Alabama State University, Montgomery, Ala.; and Case Western Reserve University, Cleveland, Ohio. Currently, he is senior partner at the law firm of Gray, Langford, Sapp, McGowan, Gray & Nathanson. In July of 2002 he became president of the Alabama State Bar Association becoming the first African-American to hold the position. Gray is the recipient of numerous awards and honors including the American Bar Association's Spirit of Excellence Award and the Nation Bar Association's C. Frances Stradford Award.

For further information, got to http://www.muw.edu/honors.
Contact Dr. Thomas G. Velek at This email address is being protected from spambots. You need JavaScript enabled to view it. or 241-6850 for more information.