The library will be open to MUW and MSMS students, faculty, and staff via swipe card access starting August 2nd and to the public by appointment.  Masks and social distancing will be required.  The physical building (including the 24/7 lab) will be closed for cleaning purposes on Fridays and Saturdays. 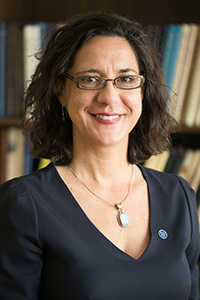 This email address is being protected from spambots. You need JavaScript enabled to view it.
(662) 329-7336

Kathuria, Sheeji and Amanda Clay Powers. “What Happens When They Start Talking Back: Next Level Twitter for Libraries.” in Social Media: The Academic Library Perspective. Editor Nina Verishagen. pp. 136-146. 2018

Powers, Amanda Clay. "The Value of Reference Services: Using Assessment to Chart the Future." in Reimagining Reference in the 21st Century (2014): 149-159.

The Evolution of Virtual Reference Services: Twitter as a Core Competency. Roundtable with Sheeji Kathuria. The Collective. Knoxville, TN. March 3, 2016.