2016: 50th Anniversary of the Desegregation of The W

For the first 82 years of its existence, Mississippi University for Women was a whites-only institution. The enabling legislation of 1884 explicitly established it as “the Mississippi Industrial Institute and College for the Education of White Girls in the State of Mississippi in the Arts and Sciences,” and throughout the twentieth century evidence suggests that significant proportions of the student body and administration were unfriendly to the notion of racial integration. Even after passage of the Civil Rights Act of 1964, there were extensive efforts by the administration of President Hogarth to prevent African Americans from formally applying.

In September of 1966, MSCW admitted three local graduates of R.E. Hunt High School as undergraduates -- Diane Hardy, Barbara Turner, and Laverne Greene. At the same time, the administration admitted Jacqueline Edwards, Mary L. Flowers, and Eula M. Houser as graduate students. All three graduate students were teachers at R. E. Hunt High School in Columbus. The undergraduates were registered as “day students,” meaning they were locals living off-campus, chosen by design, it would seem, to delay the need to desegregate the dorms, which did not happen until 1968. The oral interviews of the first freshman reveal that their experience included much ostracism, isolation, and discrimination.

None of the initial three freshmen graduated at the time, which made Shirley Walker James the first undergraduate student to graduate in 1969. Of the initial graduate student cohort, Edwards and Houser graduated. Despite leaving the college after the assassination of Martin Luther King, Jr., in 1968, Diane Hardy Thompson, one of the initial three freshmen, made a promise to herself that she would graduate from Mississippi University for Women no matter what it cost her in personal suffering.  She returned decades later and realized her goal in 1996, graduating with teacher certification. By that time, few on campus even remembered the story of desegregation, much less the major part she played in the drama. Nevertheless, the trail that she and others blazed remained open. Increasing numbers of students joined the original six, as enrollment of African Americans skyrocketed beginning in 1967, and graduation of African American W students steadily increased over the first decade.

While desegregation of the student body occurred in 1966, integration has been a much slower process. Bit by bit, African American students made a place for themselves at The W. The first organization to accept African American members was the Young Democrats in 1967. Then students formed the Corettas in 1969, named for Coretta Scott King, notably not as a blacks-only social club but as club for students of all races. Not until 1975 did integration of the white social clubs begin, with a single black member of the Hottentots. In 1976, Las Amigas, the first all-African-American social club, was founded, and in more recent years several black sororities have come to campus. Integration proceeded in an especially public way in the Modeling Squad, where Jackie Wilson was crowned Miss W in the same year as the first black social club member (1975), and 10 years later Toni Seawright went to the state competition where she would become the first black Miss Mississippi.

We know little about integration in more recent years. Today African Americans account for 38 percent of The W student body and organizations and student groups demonstrate more proportional numbers in the yearbooks and other publications. Some firsts have been made quite recently, such as the election of Phillip “Flapp” Cockrell as the first black Student Government Association president in 2002. Noting the progress made toward integration and thanking those who have worked so hard to get us thus far should not blind us to the reality that much work remains, and it will be the task of current and future students, faculty, staff, and alumni to do it. 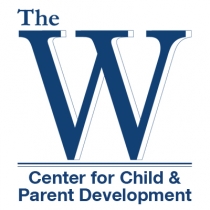 Phone: (662) 329-7196
Email: This email address is being protected from spambots. You need JavaScript enabled to view it.