Women’s role in music to be showcased at festival 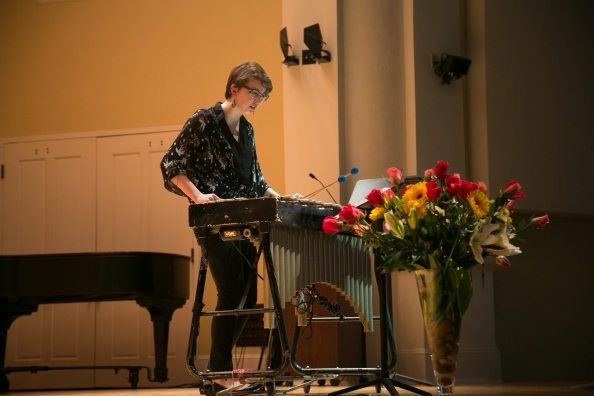 COLUMBUS, Miss. -- The ripple effects of Dr. Julia Mortyakova’s reach continue to raise the profile of Mississippi University for Women and to increase awareness about the role of women in music.

On March 7-9, the third-annual Music by Women Festival in Poindexter Hall at The W will feature papers, presentations, lecture recitals and performances relating to the subject of music composed, taught and performed by women. The festival will feature concerts of new and historic music written by women composers historically as well as in the present day.

“The whole goal of the festival is to showcase contributions of women composers,” Mortyakova said. “Even though the people who are presenting or performing at the festival can be men – about half of them are men – all of the music they perform and present their research about is written by women.”

The festival started out as a two-day event with six concerts. Mortyakova said she was surprised by the response she had in the fall prior to her announcement that she was organizing a Music by Women Festival. The growth of the event has helped it expand to three days and to 12 concerts.

Mortyakova said “inclusion” is the goal of the festival. She said her idea wasn’t to bring together really famous people to celebrate themselves. Instead, she wanted to give everybody an opportunity to apply and to be involved.

“It’s all very eclectic, so even within each concert there is a diversity of instrumentation,” Mortyakova said. “There are no stars at this festival. Everybody is a star.”

Mortyakova said she is grateful to The W for its support of the festival. She said the backing of President Nora Miller, the faculty, staff and students has been “essential” to the festival’s success. She said that support is unique in academia because there aren’t many places where so many people have an interest in, support, and attend an event like the Music by Women Festival.

“That is a huge reason it is as successful as it is,” Mortyakova said.

The event, which has received funding through a grant, also is sponsored by the Mississippi Arts Commission, the National Endowment of the Arts, the Columbus Arts Council, Holiday Inn Express and other businesses and individuals, will feature more than 200 participants. Volunteers and graduate and undergraduate students also will take an active role in highlighting the works of women from all over the world.

Mortyakova, who is chair of the music department at The W, founded the festival in an attempt to help works by women gain recognition as part of the classical music performance canon. She said the idea for the festival came from her interview at The W and her decision to hold an event at the first public institution of higher education for women in the United States.

Mortyakova said she already has started plans for the 2020 festival in part because the grant for funding for it needs to be submitted. She said the festival has grown to a point where so many people in the music community know about it, so she doesn’t have to worry about advertising for it.

“Everywhere I go, people from my festival come up to me and say, ‘I was in your festival,’ ” Mortyakova said. “I was in Nevada. I was in Vancouver this past fall and I had people come up to me there. It is very special.

“When I go to these events, I see so many presentations about music by women. I don’t know if we are causing that or if it is just coinciding with what we are doing, but I think we’re certainly helping to make that happen because we are providing an outlet for these sessions to be presented but also people are submitting things for us and to other conferences.”

Mortyakova said all of those things are important because each step increases the awareness of the role of women in classical music. She said that knowledge can encourage students to chart similar paths that they might not have chosen if they didn’t know about those women. In fact, Mortyakova said many of the works by the women featured in the festival were famous in their day.

“The goal is not to get together once a year, we do this, we go home and we forget about it,” Mortyakova said. “The goal is we really spread this music. We are this force now in classical music that is really highlighting women composers on all level, but throughout the year, not just in the festival. The festival is when we come together, we share and we get inspired, but the work continues, so I see it as we’re creating these ripple effects and we’re slowly beginning to change the face of classical music.

Mortyakova, who is from Moscow, has given solo piano recitals throughout the United States as well as in Italy, Russia, and Ukraine. She has appeared as a soloist with orchestras and as a featured performer in music festivals including: Assisi Performing Arts (Italy), Musica Nueva Malaga (Spain), Zhytomyr's Musical Spring (Ukraine), and Natchez Festival of Music.

FOR IMMEDIATE RELEASE
Feb. 28, 2019
Contact: Adam Minichino
(662) 329-1976
This email address is being protected from spambots. You need JavaScript enabled to view it.