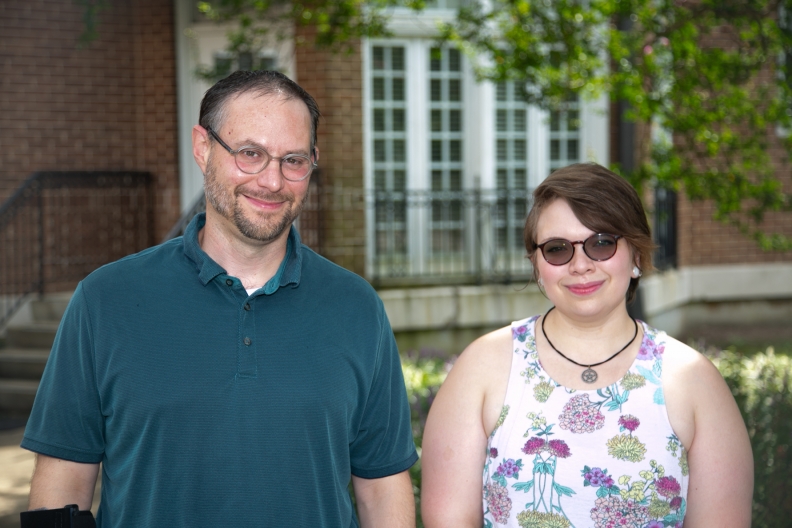 COLUMBUS, Miss.—Mississippi University for Women’s faculty and students are working behind the scenes for the 18th annual Tennessee Williams Tribute.

Lee Crouse, associate professor of theatre and graduate studies director of  the master of fine arts in theatre education, will direct, “Death of a Streetcar Named Virginia Woolf: A Parody” at the annual Tennessee Williams Tribute. The production is described as a comedy that ponders the question: what if characters from some of America’s greatest dramas showed up in the same place?

“The show is a parody of several different plays, using characters based on Tennessee Williams’ ‘Street Car named Desire,’ Edward Albee’s ‘Who’s Afraid of Virginia Woolf,’ Arthur Miller’s ‘Death of a Salesman’ and Thorton Wilder’s ‘Our Town.’ Several other theatrical references appear throughout and we spend a lot of time laughing during rehearsal. The audience will hopefully be laughing as much as we have been,” said Crouse.

Crouse was asked to direct the play by the Board of Directors for the Tennessee Williams Tribute this past spring. Soon after, he began working with W theatre student and production manager Terry Coffey and board member Marthalie Porter to arrange auditions. The first read-through was in July and now the final changes are being added.

Sophomore theatre student Jordan Rauhoff is serving as stage manager for the production. She reviewed lines with the cast, constructed the set and will work behind the scenes assisting Crouse. She has enjoyed watching the actors transform into characters and helping produce a tribute to someone who has had an impact on her life.

“I've always been a big Tennessee Williams fan. His style of writing just really speaks to me and you can see all of his influence from Mississippi. As someone who's grown up in Columbus their entire life, I can imagine all these people. He [Williams] was ahead of his time and was kind of a pioneer in a lot of ways,” said Rauhoff.

The annual Tennessee Williams Tribute originated in 2001 when Brenda Caradine staged “The Glass Menagerie.” The event celebrates the great playwright and poet in the town of his birth through numerous dramatic presentations and social gatherings.

“Death of a Streetcar Named Virginia Woolf: A Parody” will be hosted by the Omnova Theater at the Rosenzweig Arts Center Thursday, Sept. 5 at 7:30 p.m. Tickets are $20 for adults; $15 seniors, teachers, military and $5 for students. All-access “Desire Pass” is $100.

The festival will begin Saturday, Aug. 31 and continue through Sunday, Sept. 8.

“Mr. Williams is a highly respected American playwright. While this year’s featured play is not specifically a Williams’ piece, it has been fun playing on the many references to his work. The week of events are inspired by his work, and it is nice to see the influence this Columbus native continues to have,” said Crouse.

“These individuals have worked hard and surprise me with new character choices every rehearsal. I admire that each actor works full time, and still has dedicated themselves to producing theatre.”

FOR IMMEDIATE RELEASE
August 28, 2019
Contact: Tyler Wheat
(662) 241-7683
This email address is being protected from spambots. You need JavaScript enabled to view it.