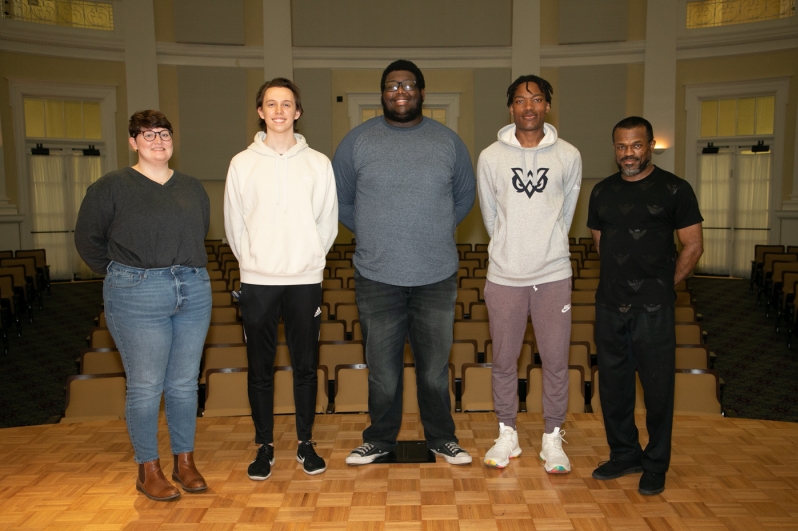 COLUMBUS, Miss.--Five Mississippi University for Women voice majors recently won awards at the statewide voice competition held by the Mississippi chapter of the National Association of Teachers of Singing (NATS) Feb. 25 and 26.

“I’m thrilled that every single W student who entered the competition not only placed in the finals but won one of the top awards in their division, including a singer who entered two categories and won prizes in both,” said Hurley. “The fact that our W singers were so consistently successful in meeting the demands of a major statewide competition speaks most highly of our voice area and of our music department as a whole.”

The competition was part of the MS NATS chapter’s annual conference, which was hosted this year at The W. Nearly 100 registrants attended the event, including students and teachers from high schools, colleges, universities and independent music studios around Mississippi. Students competed on Friday afternoon in a preliminary round that was adjudicated by a panel of voice teachers. Each singer offered a list of three to four songs and/or arias. Singers with the highest scores in the reliminary round were named finalists on Friday evening. The final round, which was open to the public, took place Saturday morning in Kossen Auditorium in Poindexter Hall. Winners were announced immediately after the finals on Saturday afternoon.