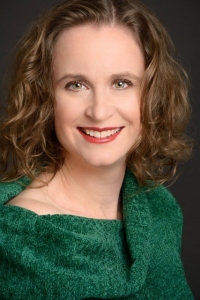 COLUMBUS, Miss.-- As an accomplished performer and instructor, Dr. Susan Hurley understands the intricacies of connecting with an audience. Tone, inflection and rhythm are three ways Hurley can manipulate her voice to make you listen.

The Mississippi University for Women assistant professor of voice hopes her years of experience help her relate to people in another way.

Hurley’s work appears in the book “So You Want to Sing with Awareness: A Guide for Performers,” which was released this spring by Rowman and Littlefield. Hurley wrote Chapter 8, “An Introduction to Tomatis Listening,” which features an examination of Dr. Alfred Tomatis, the founder of audio-psycho-phonology. This is the first time Hurley has collaborated on a book.

“This topic is entirely fascinating whether you sing or not,” said Hurley, who teaches applied voice, performance techniques and opera workshop at The W. “Tomatis’ work began with singers, but he viewed the listening function in terms of the humanization of people – as something evolutionary. Looking into Tomatis, you’ll see that a lot of his ideas focus on self-development and the relationship between self and other.”

Tomatis’ theories and his method of listening re-education were the subject of Hurley’s doctoral research, which was published in 2012. Dr. Matthew Hoch of Auburn University attended Hurley’s 2017 lecture about Tomatis listening at the International Congress of Voice Teachers in Stockholm, Sweden. Hoch is the editor of the “So You Want to Sing” series, which is co-sponsored by the National Association of Teachers of Singing. When Hoch began compiling “So You Want to Sing with Awareness: A Guide for Performers,” Hurley said he asked her to write a chapter that discusses Tomatis.

Hurley said that while a fair amount of research exists into the efficacy of the Tomatis Method (of listening re-education) her interest has been in selecting studies that investigate the Tomatis Method for performers, such as actors and musicians, especially singers. A number of studies have appeared over the decades, but there wasn’t one place you could find a literature review that summarized and analyzed all the information until she began collecting them. Hurley said it was even harder to find certain information strictly by reading works in English at the time, as much literature was in French and not all of it had been translated. She summarized those works in her DMA research, collected the background behind the theories and compiled the information from each new study.

Hurley hopes her work illuminates the work of Tomatis and opens a discussion into his process and reasoning. She feels writing a chapter in “So You Want to Sing with Awareness: A Guide for Performers” is a significant step in raising awareness about Tomatis’ theories.

“For those whose specialty is voice, I hope they will find the questions raised by the research into Tomatis’ Method to be as engaging as I have, and that this chapter will help to stimulate further scholarly inquiry into audio-psycho-phonology, especially its potential for singers,” Hurley said. “The ‘So You Want to Sing’ series is excellent. The scholarship represented in these volumes is of the highest quality and they are well edited. I own several volumes in the series, and am extremely honored to be a contributor. I recommend the series to anyone with an interest in the human voice.”

Other topics in the book are yoga, Feldenkrais, body mapping, motor learning, and much more. Hurley said singers could benefit from applying an understanding of any one of these modalities, let alone several.

“I’m confident teachers of singing will find the book to be an invaluable resource,” Hurley said.

For more information about the book, please visit: https://rowman.com/ISBN/9781538124734/So-You-Want-to-Sing-with-Awareness-A-Guide-for-Performers?fbclid=IwAR36ylW6H4ufnbQT0dD1VHXbw0_poCwn4WLaCcffyCeZ0Y09g2m1GiHiJ0w

FOR IMMEDIATE RELEASE
May 28, 2020
Contact: Adam Minichino
This email address is being protected from spambots. You need JavaScript enabled to view it.
(662) 329-1976