National Association of Composers/USA to present concert at The W 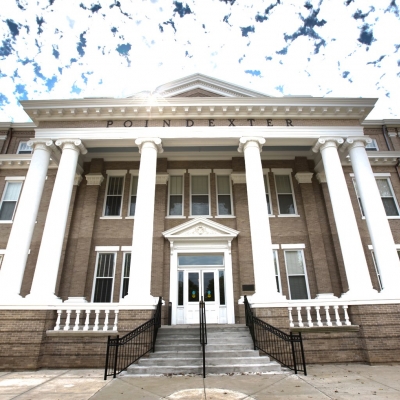 COLUMBUS, Miss. -- Composers from various universities will gather at The W for the National Association of Composers/USA (NACUSA) concert Saturday, June 15 at 3 p.m. in the Connie Sills Kossen Auditorium of Poindexter Hall.

Founded by Henry Hadley in 1933, NACUSA is one of the oldest organizations devoted to the promotion and performance of American concert hall music. Many of America's most distinguished composers have been among its members. NACUSA presents several chamber concerts each year that feature music by its members.

Montalto is the recipient of a number of awards, including an ASCAP Grants to Young Composers Award for his "Symphony for Wind Ensemble," yearly ASCAP Awards since 1982 and a Mississippi Artist Fellowship for his "Symphony #2." His works have been performed at Carnegie Hall, the Montreaux International Jazz Festival, Symphony Space in New York, the New Orleans Contemporary Arts Center, the Society for Electro-Acoustic Music in the United States, the International Computer Music Conference and throughout the United States and Europe.

A native of Romania, Bogdan started his music studies at the age of 4. Throughout his career he has studied piano, organ, music theory, composition and conducting. Bogdan graduated from the Brasov Institute of Music. As a composer, he has had his music performed in the United States as well as Europe at prestigious concert events such as: Oregon Bach Festival, Festival Miami, Downtown Community Concert Series of Miami, Music at MOCCA in Miami, the FPPC Concert Series in Michigan and Varna Symphonic Workshop and Master class in Bulgaria.

Alexander’s music has been performed throughout the United States, Ecuador and Germany. His performances include recitals/presentations at conferences of the Birmingham Art Music Alliance; the Louisiana Composers’ Consortium; National Association of Composers, USA; the Society of Composers, Inc.; the College Music Society; the Southeastern Composers’ League, the 2008 International Tuba Euphonium Conference and the 2009 National Association of Composers, USA, National Conference. Alexander's music has been featured at Bowling Green State University’s annual New Music & Art Festival, and New Music for Young Ensemble Composers' Competition.

A native of Moscow, Russia, Harris specializes in chamber music. She has composed three symphonies, piano concerto, two quartets, four sonatas for piano, clarinet, violin and cello, two cantatas, five vocal cycles, many songs and more than 600 pieces for piano and chamber instruments. She also has written music for two animated movies and music for drama theater and television.

The event is free and open to the public. For more information, please contact the Department of Music at (662) 241-6399.