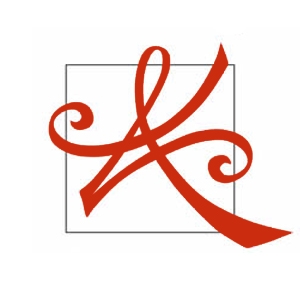 The Mississippi Institute of Arts and Letters (MIAL) has announced its award winners for works first published, shown, or performed in the year 2012.

These winners are selected in a juried competition by out-of-state judges prominent in their respective fields, and the winners must have significant ties to the state of Mississippi.  Presentation of the awards will be made at the Institute's annual Awards Banquet on June 8, 2013, at the Hogarth Student Center on the campus of Mississippi University for Women in Columbus, Mississippi.  Master of Ceremonies will be Dr. James B. Borsig, MUW President.  At one o'clock on June 8, award winners will appear at Poindexter Hall on the The W's campus for readings and signings.

The Noel Polk Lifetime Achievement Award winner is Patti Carr Black, a native of Sumner, Mississippi, and longtime director of the State Historical Museum.  Ms. Black, a graduate of MSCW and Emory University, began her career with the Mississippi Department of Archives and History after having worked for the Metropolitan Museum of Art and Time, Inc.   At Archives and History, she moved from librarian to exhibits designer to director of the State Historical Museum to Director of the Museum Division.  A founder of New Stage Theater in Jackson, Mississippi, and the Mississippi Museums Association, she is also the author of more than twenty publications and of many exhibit catalogs.  Her works include Art in Mississippi, 1720-1980; Literary Tour of Mississippi;  and Mules of Mississippi.  Among her many awards are the Richard Wright Literary Excellence Award, the MIAL Non-fiction Award, the Governor's Award for the Arts, and the Award of Merit from the American Association for State and Local History.

Richard Ford is the winner of the Fiction Award for his novel Canada.  Andre Dubus III, writing in the New York Times, states that Canada “is an examination of the redemptive power of articulated memory, and it is a masterwork by one of our finest writers working at the top of his form.”  Ford, born in Jackson, Mississippi, has published six novels and four collections of stories.  He has won both the Pulitzer Prize and the PEN/ Faulkner Award for Fiction.  He is also a previous winner of the MIAL Fiction Award.

The winner of the Nonfiction Award is Joseph Crespino, Professor of History and Director of Undergraduate Studies at Emory University. Raised in Macon, Mississippi, Dr. Crespino wins the award with his book Strom Thurmond's America, a political biography of the longtime U.S. Senator from South Carolina. The book, which examines Thurmond both as one of the last Jim Crow demagogues and also as one of the modern architects of the postwar conservatism that has remade the Republican Party, is praised by Doris Kearns Goodwin as “a thoroughly terrific and important work.”  Dr. Crespino is also a previous winner in the MIAL nonfiction category.

Chosen as winner of the Poetry Award is Catherine Pierce of Starkville, Mississippi, for her work The Girls of Peculiar.  Dr. Pierce teaches and co-directs the creative writing program at Mississippi State University and is the author of two books of poetry and one chapbook.  Of Pierce's  winning book, the poet Beth Ann Fennelly states, “The big themes here-self-identity, desire, escape- are illuminated with clarity, scored musically, and enlivened with wit.”

David Wharton, photographer and Director of Documentary Studies and Assistant Professor of Southern Studies at the Center for the Study of Southern Culture at the University of Mississippi, is the winner of the Photography Award for his book Small Town South.  Rob Amberg, photographer, calls Wharton's book “a slow, winding visual delight of detail and uniqueness.”  Dr. Wharton received his Ph.D. from the University of Texas and lives in Oxford.

Lee Renninger of Gulfport, Mississippi, wins the MIAL Visual Arts Award for her work Botanica.  A ceramic-based installation artist, Renninger is the recipient of the Jane Crater Hiatt Fellowship and the Pollack-Krasner Grant.  She states, “I choose to treat clay antithetically-using the material in ways that defy its history and fundamental nature.”

The winner of the Music Composition-Classical Award is Dr. Steve Rouse, a native of Moss Point, Mississippi,  for his composition Sonata for Violin and Piano.  A professor of Theory and Composition at the University of Louisville School of Music, Dr. Rouse is also a winner of the Rome Prize and a National Endowment for the Arts Composition Fellowship.

Born in Canton, Mississippi, Caroline Herring wins the Music Composition-Contemporary Award for her album Camilla.  A co-founder of Thacker Mountain Radio and the only American represented in the prestigious Cecil Sharp Project in England, Herring is also a previous winner in this category.  Of her new album, she states, “To me, Camilla is about grief and injustice. Deep love and hope.  Perseverance. Heroes.”

Each winner in the juried categories receives a cash prize of $1000.00 and a Mississippi-crafted gift. Past winners include Eudora Welty, Samuel Jones, Walker Percy, and Natasha Tretheway.  For information on attending this year's Awards Banquet, visit the MIAL website at www.ms-arts-letters.org.