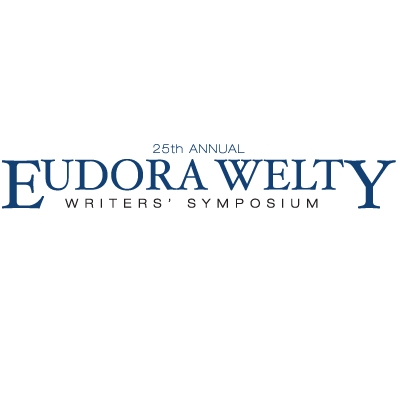 COLUMBUS, MS -- Esteemed Southern writer Ellen Gilchrist will give the keynote reading for the 25th annual Eudora Welty Writers’ Symposium, held October 24-26, 2013 on the campus of Mississippi University for Women.

The symposium returns to newly-restored Poindexter  Hall with the theme “‘Alive as Ever, on the Brink of Oblivion’: Southern Writers in the Eye of the Storm,” inspired by Eudora Welty’s final novel “Losing Battles.” All Symposium sessions are free and open to the public, thanks to a grant from the Robert M. Hearin Foundation. 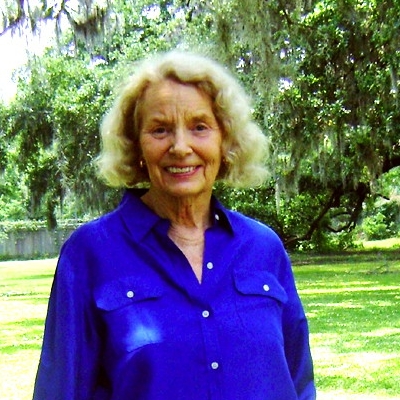 Long considered a major voice in Southern literature, Vicksburg native Ellen Gilchrist is the author of eight novels, two collections of poetry, two collections of essays, and twelve collections of short stories, including “In the Land of Dreamy Dreams,” her best-selling first story collection, and “Victory over Japan,” which won the National Book Award in 1984. She has been a commentator for National Public Radio and has taught creative writing at the University of Arkansas. Booklist calls her collection of essays, “The Writing Life,” “Beautiful in its lucid, limpid eloquence; in the remarkable wisdom about human nature it displays; and in its delicious cocktail of sarcastic humor, disarming candor, and face-slapping intelligence.”

Ms. Gilcrhist will read from “The Writing Life,” as well as from her writings on Eudora Welty and her forthcoming collection of stories “Acts of God.”

A reception and book signing with all twelve symposium authors will follow the keynote address. Books will be for sale Thursday night and throughout the symposium. Also at the symposium this year will be the editors of Mississippi’s newest literary magazine China Grove, the debut issue of which includes an interview with Ellen Gilschrist and a new short story, as well as previously unpublished letters between Eudora Welty and a host of other fiction, nonfiction, and poetry. 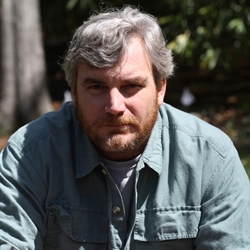 Friday, October 25, the symposium will continue at 9:00 a.m. with a reading by poet Adam Vines of Birmingham, Alabama. His debut collection, “The Coal Life,” explores the cultural landscape of early twentieth-century Alabama coal towns. The Antioch Review praises Vines for his “neat stanzas and muscular, loaded lines” that situate “his poems in this restless, ambiguous middle zone where most of us live our lives.” Vines is an avid fisherman and spent twenty years as a professional landscaper before turning to poetry. He now teaches at the University of Alabama, Birmingham, where he edits Birmingham Poetry Review. 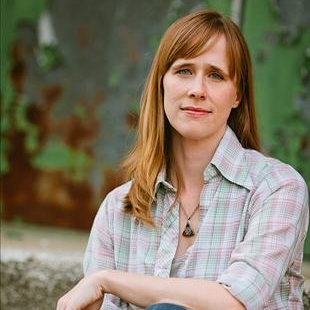 Holly Goddard Jones will read from “The Next Time You See Me,” a literary mystery set in a small Kentucky town on the Tennessee border. Jones was born and raised in a small Western Kentucky town, much like the setting for her two books of fiction. The New York Times praises her novel, noting “Ms. Jones has a talent for making even scenes apart from the central mystery feel suspenseful,” and calling the novel “equally impressive” as “her terrific book of short stories, ‘Girl Trouble’”. 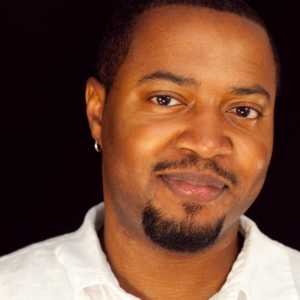 Poet Mitchell L. H. Douglas returns to the symposium to read from his new collection “\blak\ \al-fə bet\,” winner of the 2011 Lexi Rudnitsky/Editor's Choice Award from Persea Books. In this collection, Douglas follows the history of a Southern family after the death of its matriarch. Publisher’s Weekly praises it as “Haunted by questions of blackness” and “packed with risk and conflict, but also beauty.” Douglas first appeared at the symposium in 2010 with his debut collection “Cooling Board: A Long Playing Poem” on the Soul music legend Donny Hathaway. 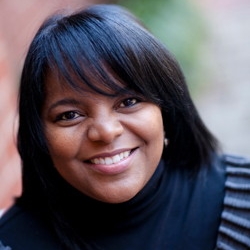 The morning concludes with the short fiction of Stephanie Powell Watts, who recounts stories from her childhood growing up as a Jehovah’s Witness in North Carolina in her debut collection “We are Taking Only What We Need,” for which she received the Ernest J. Gaines Award in 2012. Watts was also awarded a Pushcart Prize for the story, “Unassigned Territory.” Booklist dubs Watts “a talent to watch,” adding, “there is real immediacy here.” 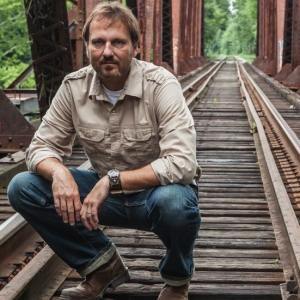 The W’s own Michael Farris Smith begins the Friday afternoon session at 1:30 p.m. with a reading from “Rivers,” his dystopian novel set on the Mississippi Gulf coast plagued by relentless hurricanes. Newly released in September, “Rivers” has been garnering rave reviews. Library Journal named it one of four “hot debuts” and Indiebound has chosen the novel for its September “Indie Next List.” As Kirkus Reviews notes in its starred review “This world is chilling—all the more so for its believability—and it is peopled by compelling, fully realized characters, some of whom only exist in the form of ghosts. In contrast to this bleak world, Smith’s prose is lush, descriptive and even beautiful.” 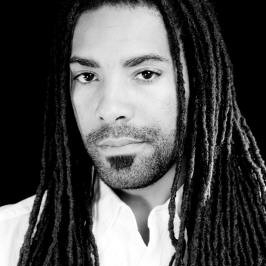 Florida poet L. Lamar Wilson follows with his debut collection “Sacrilegion,” winner of the Carolina Wren Press Poetry Series prize and a bronze medal in poetry from Independent Publisher. Lamda Literary describes the collection as “a multi-voiced gospel, transcribed—as if in tattoo inks—from searing experience, religion is the presiding Father, sacrilege its rebellious Son, and legion the holy swarm of ghosts, revered ancestors and fallen angels, that haunt a kaleidoscopic narrative.” Wilson is currently a teaching fellow and doctoral student in African American and multiethnic American poetics at the University of North Carolina - Chapel Hill. 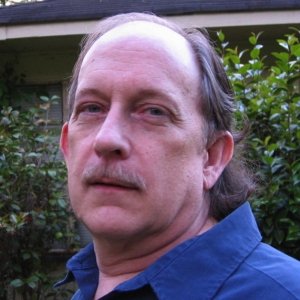 Acclaimed short fiction writer, Steven Barthelme will read from his latest collection of stories “Hush Hush.” Barthelme is the director of the Center for Writers at the University of Southern Mississippi and is a frequent contributor to major magazines such as The Atlantic, The New York Times Magazine, McSweeny’s, and The Yale Review.   Booklist has hailed his latest collection, saying it “firmly establishes his reputation as a master of the short form” and noting that Barthelme’s “post-Southern style is distinctive and surprising, animated by stray cats and flawed humans seeking new lives.”

A panel discussion with all symposium authors on the subject of “Writers in the Storm” will round out the afternoon session. Writers will be asked to share some of the storms they have faced in their careers, as well as to answer questions and give advice.

Other Welty Series events on Friday afternoon and evening begin with an artist panel discussion for the Welty Art Exhibit, “Intersections of Gender and Place” in the Art and Design building from 2:30 – 4 pm. The opening reception for the exhibit will be held from 4:30 – 6 pm. The exhibit is open in the Eugenia Summer Gallery during normal gallery hours, October 18 – November 7. 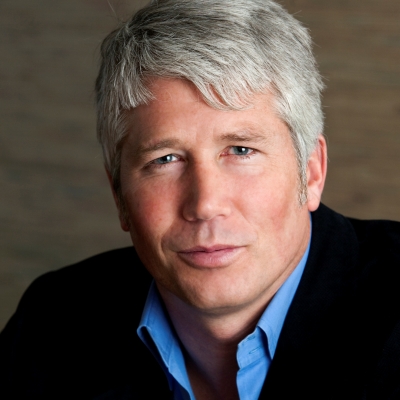 Friday evening, MUW’s annual Welty Gala will feature noted journalist and New York Times best-selling author Po Bronson, who is the author of five books including novels and nonfiction. He is perhaps best-known for “What Should I Do with My Life,” a collection of essays which Publisher’s Weekly described as “an eclectic mix of ‘real people in the real world,’ compiling their experiences and insights about callings, self-acceptance, moral guilt, greed and ambition, and emotional rejuvenation.” It was named by Business Week as one of the "Top 10 Business Books of the Decade." In addition, Bronson and his wife Ashley Merryman have co-authored two essay collections: “NurtureShock” and “Top Dog.”

The Welty Gala is MUW’s annual fundraiser for the Eudora Welty Chair in Humanities. It will be held starting at 7:30 p.m. in the Pope Banquet Room of Hogarth Student Union. Receptions for donors with Po Bronson and with symposium authors begin at 6:00. For more information and reservations, contact the Office of Development and Alumni at (662) 329-7148. 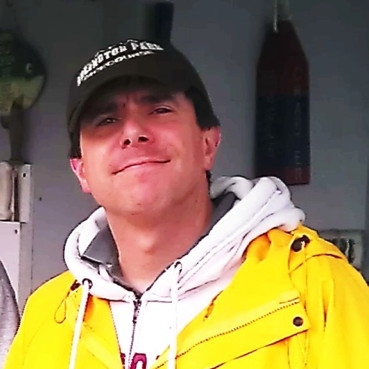 The Writers’ Symposium resumes at 9 a.m., Saturday, October 26, with the fiction of Steve Yates, whose new short story collection “Some Kinds of Love” chronicles the foibles of love across time and culture, ranging from contemporary Jackson suburbia where Yates now resides to the Missouri Ozarks of 1833, the setting of Yates’ Civil War novel, “Morkan’s Quarry,” which readers may recall from his appearance at the symposium in 2010. 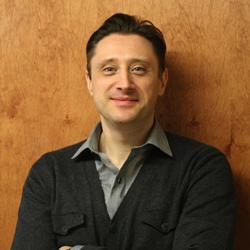 Eudora Welty Prize winner, Stephen Fuller, will discuss “Eudora Welty and Surrealism,” which examines Welty’s most productive period, during which she wrote “A Curtain of Green,” “The Wide Net,” and “Delta Wedding,” among other books. Fuller chronicles Welty’s connections to the New York school of surrealists, including Salvador Dalí, Wallace Simpson, Elizabeth Arden, and Charles Henri Ford, a Columbus native who edited the influential surrealist journal View. Fuller ties Welty’s take on the Southern Gothic to these Surrealist influences and expands the scope of Welty scholarship in new international directions. 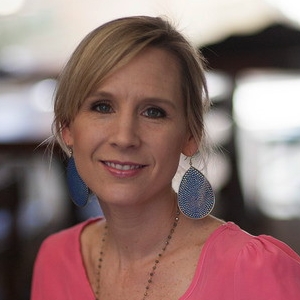 Poet, Elizabeth Hughey, follows with a reading from her two collections of poems, “Guest Host” and “Sunday Houses The Sunday House,” which won the Iowa Poetry Prize. Library Journal wrote of Hughey’s work: “to read these poems we must drop our preconceived notions and let the poem happen to us as it emerges out of its shell—familiar but worthy of wonder.” Her poems have appeared in American Poetry Review and Verse Daily, among others, and she is a founding member of Desert Island Supply Company, a writing workshop for kids in Birmingham, Alabama. 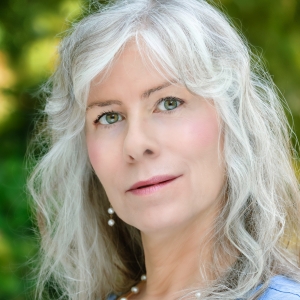 Cary Holladay returns to conclude the symposium with readings from her two newest collections of stories, “Horse People” and “The Deer in the Mirror,” winner of the Ohio State University Prize in Short Fiction. Holladay, a perennial favorite at the symposium, has appeared twice before, in 2008 with her novel “A Fight in the Doctor’s Office” and in 2002 with her novel “Mercury.” Laced with pathos and humor, Holladay’s stories chronicle the history of the horse country of Virginia, and range from the Old Dominion State in the wake of the Revolutionary War to Alaska during the Gold Rush.

Lee Smith has dubbed Holladay an “historical fiction writer extraordinaire,” arguing that “Holladay writes with a majestic mastery of language, history, and character, telling tales both tough and true, brilliant and always surprising, like a diamond held up and turned in a shaft of sunlight.”

For each session, the doors will open a half hour early, and there will be a chance for book sales and coffee. Authors will be available throughout the symposium to sign books. There will be a break mid-way through the sessions on Friday and Saturday, and there is time for question and answers with each author, when audience members may slip in or out if they are unable to stay for the full time. The public is invited to come to any of the sessions. No tickets or advance reservations are required.

To learn more about these and more authors for this year as they are added, visit the Eudora Welty Writers’ Symposium website: www.muw.edu/welty.

FOR IMMEDIATE RELEASE
Oct 15, 2013
Contact: Dr. Kendall Dunkelberg
This email address is being protected from spambots. You need JavaScript enabled to view it.
(662) 329-7169