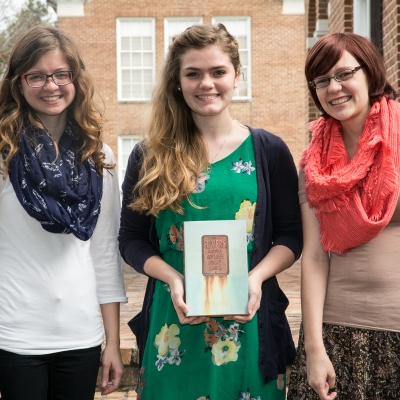 COLUMBUS, Miss. – Winners of The W’s Common Reading Initiative essay contest will be officially recognized tonight at the opening of the annual Eudora Welty Writers’ Symposium.

The creative essay contest was open to all students and contest topics were designed to prompt personal reflections which have a connection to themes in this year’s CRI book, “Rivers” by The W’s own Michael Farris Smith.

This was the first year for the Dorothy Clark Hobson Essay Awards to be endowed, according to Dr. Bridget Pieschel, chair of the Department of Languages, Literature and Philosophy. Hobson, a class of 1941 alumna, was honored by a generous donation by her family who want her to be remembered as a person who loved creative endeavors and always supported intellectual curiosity.

“I am pleased that this year’s winners are all first-time, full-time freshmen who live on campus,” Pieschel said. “I think this must have something do with the fact that all of the freshmen seminar faculty and students read and discussed the book at length.” 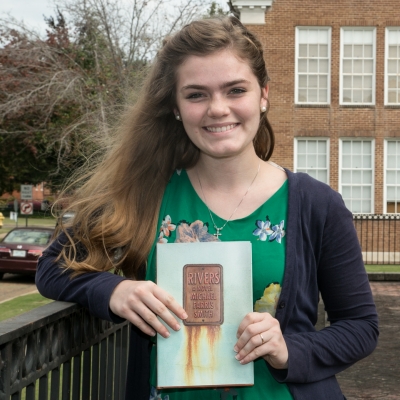 First place went to Betsie J. MacLellan, the recipient of $250. She is an English education major from Jackson.

MacLellan said the inspiration for her essay came from a discussion with her suite mate and the language used and actions taken by the characters in the book.

“It made me start thinking about in a crisis, do we change who we are or does just what was already inside of us come out,” she said. “I thought about integrity. Who are you when no one else is looking? Who are you in a common situation or in a crisis? And, it just kind of went from there.” 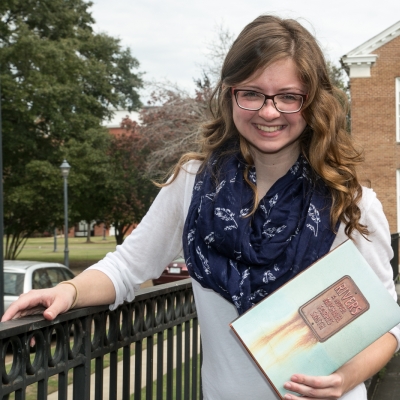 The second place winner and the recipient of $150 was Elizabeth King, a speech pathology/audiology major from Pascagoula.

King also focused on the same subject as MacLellan—human nature and crisis. Her paper centered on a quote in “Rivers” and it outlined that there are either distressed people during times of chaos or hostile people.

“I related to it (the book) easily because I live on the coast. I went through Hurricane Katrina, and so all of the places that he mentions...are just really familiar,” King said. “I could think of people who didn’t act like that per se but they, after Hurricane Katrina, were distressed and they were angered and I could relate to that easily.” 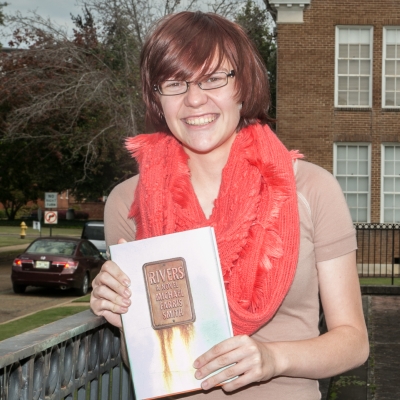 Winnie Clegg from Brandon was the third place winner and the recipient $100. She is a music therapy major.

Clegg’s paper focused on how extreme chaos, as seen in “Rivers” and post-apocalyptic movies and shows, exaggerate what happens in people’s daily lives.

As an example she used college. “A little bit of stress over lots of homework through the week can affect our behavior.

“In a setting like `Rivers,’ it just amplifies it even more, and so we can really look at the chaos and how it affects people in ‘Rivers’ both in a positive and negative way and apply it to our own lives.”

Pieschel said, “I’m really pleased at the quality of the essays. These three recognized the universal picture of the human condition, and all connected it with world conditions today.”

She added that the CRI is one of “The W’s most engaging and exciting programs and is a collaboration between a variety of departments.”

This year’s CRI selection “Rivers” is an apocalyptic love story set on the Mississippi Gulf Coast after a series of devastating storms.

The authors of the winning essays will be treated to a special dinner with the Welty Symposium authors and will have their essays published on the CRI website at http://web3.muw.edu/read.

FOR IMMEDIATE RELEASE
Oct. 24, 2013
Contact: Anika Mitchell Perkins
(662) 329-7124
This email address is being protected from spambots. You need JavaScript enabled to view it.