The W receives collection of first-edition Welty works at Homecoming 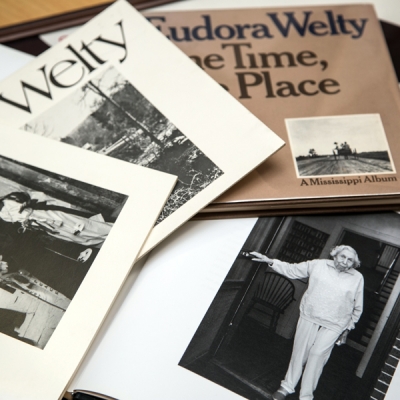 COLUMBUS, Miss. -- A gift of first-edition, signed books, as well as photographs, magazines, monographs and related memorabilia representing the career of Eudora Welty has been donated to Mississippi University for Women by a Jackson attorney.

Announced at The W’s annual Homecoming convocation Saturday [April 20], the gift from Ferrell Tadlock, a clerk with the Mississippi Court of Appeals, honors two W alumnae who this year became Golden Girls—a milestone marking the 50th anniversary of their graduation. 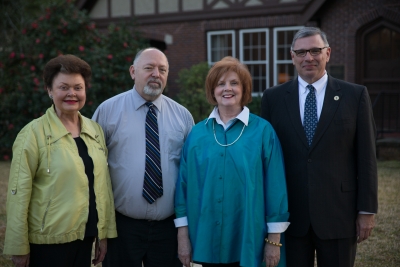 Barbara Austin and Lynda Wright, both of Jackson, were recognized at the convocation, when the collection was formally presented to the university.

Tadlock, an English graduate of Millsaps College, first met the two through a long association as a volunteer with New Stage Theater in Jackson. The friends subsequently became neighbors in a Belhaven neighborhood not far from Welty’s home on Pinehurst.

"Both Barbara and Lynda have done so much for me," Tadlock said. "I thought this was a perfect way to honor them, especially since The W has such a strong connection to Miss Welty."

His collection, valued at more than $13,000, represents all of his first-edition Welty materials collected over the last four decades. "I have many signed first-editions," he said, "but the Welty ones are most special to me."

President Jim Borsig said that the donation represents "a significant contribution to The W’s literary archives and the place of Miss Welty in the history of our institution. We are very appreciative of this very special honor for two of our graduates."

Tadlock said he hopes the gift will encourage others to follow his lead. "I just wish I had more to give," he said.