Novel by W professor to launch this week 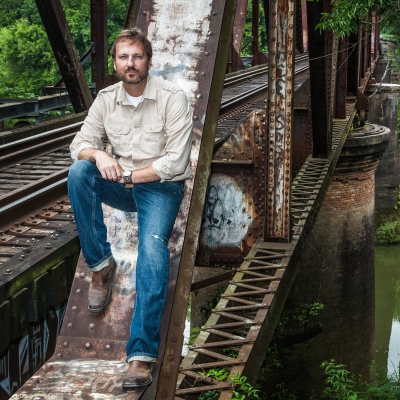 The debut of critically acclaimed first novel of The W's English professor and author Michael Farris Smith is scheduled for Tuesday, September 10.

“Rivers” (published by Simon & Schuster) is a post-apocalyptic story that imagines a world with the climate gone mad.

Already receiving high praise in early reviews, “Rivers,” presents a fictional world that asks the reader to imagine the extremes of weather possibility.

In the wake of Hurricane Katrina, one of the most devastating storms to attack the Gulf Coast, what if the hurricanes never stopped?  What if the rain came for months on end, swallowing the land and forcing people to flee with no hope of return?  And what if the government abandoned the entire coast of Mississippi and drew a new line of demarcation?

This situation is the fictional premise for a story that also includes modern-day buried treasure, untrustworthy characters and treacherous circumstances. It is a world governed by forces beyond human control.

Following the launch of his novel, Smith will be embarking on an odyssey of his own, visiting at least seven states to promote the book. (see Smith's book tour schedule)

He holds an undergraduate degree from Mississippi State and studied at the Center for Writers at The University of Southern Mississippi. He has been on faculty at The W since 2007. For more information, see http://michaelfarrissmith.com/.