‘Festival’ to be published in The Pushcart Prize 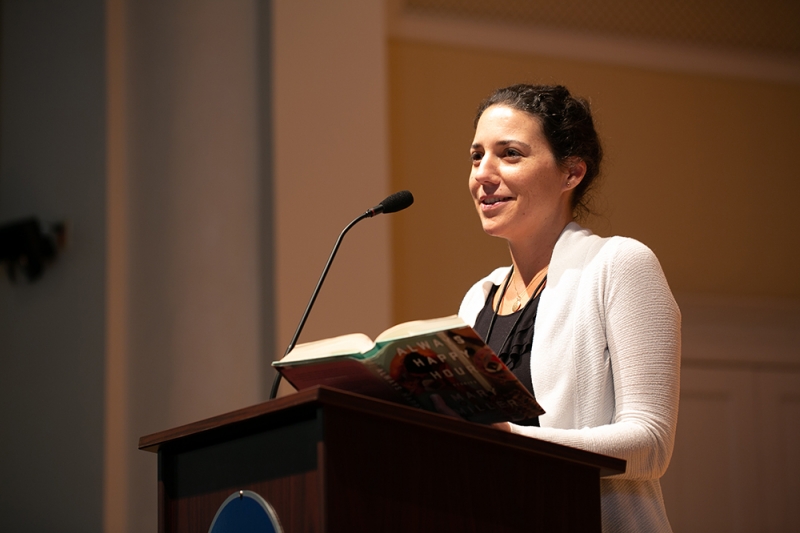 COLUMBUS, Miss.-- Mary Miller never imagined any of her stories getting published.

Like many authors, Miller hopes an audience finds her work, but she also realizes there are many writers who have books in their drawers that are never seen.

Next month, Miller will celebrate another milestone in her career when her short story “Festival” is published in the 2020 edition of The Pushcart Prize: Best of the Small Presses series, which is an American literary prize published by Pushcart Press that honors the best poetry, short fiction, essays or literary work published in the small presses over the previous year.

For Miller, who lives in Oxford and is a member of the faculty in the Mississippi University for Women’s low-residency master of fine arts in creative writing program, the achievement adds to a growing list of accomplishments that includes the publication of novels “The Last Day of California” (2014) and “Biloxi” (2019) and story collections “Big World” (2009) and “Always Happy Hour” (2017).

“Whenever I sit down to write anything, I don’t know if I’ll even finish it, much less publish it. And if it is published, I never know whether a piece of writing will resonate with an audience,” Miller said of “Festival,” which was originally published in The Paris Review in 2018. The Paris Review is a literary magazine that features original writing, art and interviews with famous writers. “You start writing something and hope it will be good and that it will be published, but you never know.”

Miller has been involved in the low-residency MFA in creative writing at The W since its inception in the fall of 2015. She teaches graduate fiction workshops, among other classes. She holds an MFA in creative writing from the Michener Center for Writing at University of Texas at Austin. She was the John Grisham Visiting Writer at the University of Mississippi in 2014-15, and has presented a number of times at The W’s Eudora Welty Writers’ Symposium.

“We’re very proud of Mary Miller’s recent accomplishments with her recent novel ‘Biloxi’ and The Pushcart Prize,” said Dr. Kendall Dunkelberg, director of creative rriting at The W. “Mary is one of the founding faculty members of our low-residency MFA program who is very popular with students. She always has full workshops and is in high demand for directing theses, and it’s no wonder. She is an excellent, witty writer and that carries over into her teaching. We’re fortunate to have her on our faculty.”

Miller said “Festival” is about a couple that lives in a place that might be Oxford and goes to a festival that might be the Double Decker Arts Festival, an annual event in Oxford, and laughed. The Paris Review and author Elizabeth

Ellen, whose work has been published in The Pushcart Prize, nominated the story to be included in the latest anthology.

“I wrote the story, which is about 4,000 words, in a week or so,” Miller said. “A draft came quickly because I was so interested in these characters.”

She considers herself a “binge writer,” as she doesn’t write every day, and is currently working on several short stories and a novel project that is in its preliminary stages. Miller also enjoys both forms of writing and that she is sure she will write another novel as well as short fiction.
Miller plans to continue her work in the low-residency MFA in creative writing at The W. She loves the program’s flexibility and the small class sizes.

“I love my students and the fact that I am able to work from home,” Miller said. “I have enjoyed seeing the low-residency MFA in creative writing at The W grow. It has developed so much over these past few years and my colleagues are incredibly accomplished and doing such excellent work in their fields. I am proud to be a part of the program.”

The Pushcart Prize has been published every year since 1976. It is the most honored literary project in America. Hundreds of presses and thousands of writers of short stories, poetry and essays have been represented in the annual collections.

FOR IMMEDIATE RELEASE
Nov. 19, 2019
Contact: Adam Minichino
This email address is being protected from spambots. You need JavaScript enabled to view it.
(662) 329-1976