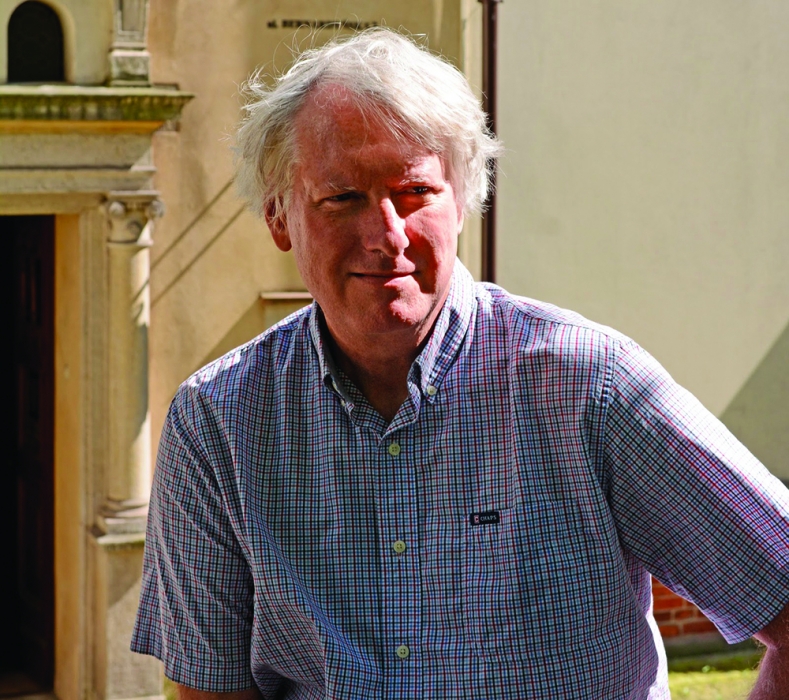 Beginning with a fateful accident in Krakow, Poland, Yarbrough’s novel is a fitting opening for this year’s symposium theme, “‘As If the Ear of the World Listened’: Celebrating Thirty Years of Southern Stories,” inspired by Eudora Welty’s novel “Delta Wedding.” Yarbrough deftly weaves international politics, intrigue and an intimate portrayal of “two ordinary men,” in what Publisher’s Weekly has dubbed an “intricate and satisfying novel.”

Among Yarbrough’s many awards are the Mississippi Institute of Arts and Letters Award for Fiction, the Richard Wright Award and the Robert Penn Warren Award.

All symposium sessions will be held in Poindexter Hall at Mississippi University for Women and are free and open to the public. Yarbrough will appear at the keynote session, Thursday, Oct. 18, at 7:30 p.m. A reception and book signing with all symposium authors will follow.

Novelists Silas House and Anthony Grooms will appear on Friday morning’s session, beginning at 9 a.m. House will read from his sixth novel, “Southernmost,” the story of a Tennessee preacher who, in the wake of an epic Cumberland River flood, realizes he must come to terms with his estranged, gay brother and reconcile his life and faith. In “The Vain Conversation,” Grooms weaves a tale based on the story of a 1946 lynching of two black couples in Walton County, Ga., taking on the perspectives of a young boy who witnessed the event, one of the men who was killed, and another man who was present at the crime.

On Friday afternoon, beginning at 1:30, Houston, Texas, novelist Latha Viswanathan reads from her debut novel “Temples,” which explores contemporary India through the eyes of an elderly temple keeper. Viswanathan previously appeared at the symposium in 2011 when there was an international theme, as did Pauline Kaldas, who returns with her collection of essays “Looking Both Ways.” In this memoir, Kaldas recounts her experience as an Egyptian-American, living at the intersection of cultures. Poet Adam Vines from Birmingham, Ala., also returns to the symposium with his new collection, “Out of Speech.”

Along with the published authors, The W will welcome five high school students, winners of the Eudora Welty Ephemera Prize for fiction, essay or poetry. The selected students will be invited to read their work and have lunch with the authors.

The symposium will continue Saturday morning at 9:30 a.m. with Eudora Welty Prize-winning scholar David A. Davis, who will discuss his book, “World War I and Southern Modernism,” a fitting choice as we near the 100th anniversary of the end of the Great War.

MUW alumna Minrose Gwin returns to read from her novel “Promise.” Set in Tupelo, the book explores the devastation wreaked upon that community by the 1936 tornado that killed more than 200 of its white citizens and an unrecorded number from its African-American neighborhoods.

T. K. (Kris) Lee, who is an assistant professor in The W’s MFA in program in creative writing and is well-known locally for his play scripts and work with the Starkville Community Theatre, will read from his debut collection of poetry, “To Square a Circle.”

Mike Smith, director of Honors at Delta State University, will read from “And There was Evening and There was Morning,” his memoir recounting the death from cancer of his first wife, the cancer diagnosis of his stepdaughter and his journey through grief to hope.

The symposium is made possible through the generous support of the Robert M. Hearin Foundation. Other Welty Series events include the “Faculty Biennial” art exhibit and the annual  Gala fundraiser with Brad Meltzer, author of “The Inner Circle,” “The Book of Fate” and nine other bestselling thrillers. The Gala is scheduled for Friday, Oct. 19 at 7 p.m. at the Trotter Convention Center.

For updates and more information on our authors and the Ephemera Prize, see the symposium website http://www.muw.edu/welty.