`Rivers’ prequel to be issued by Simon & Schuster 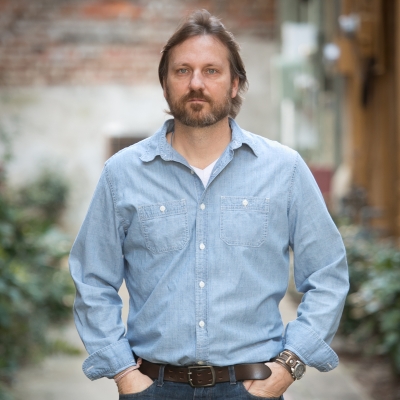 COLUMBUS, Miss. -- Widely praised by readers and critics, Michael Farris Smith’s debut novel, “Rivers,” will continue its story of a hurricane-ravaged Mississippi with a prequel, also to be published by Simon & Schuster.

The associate professor of English at Mississippi University for Women has been commissioned to continue his account of a post-apocalyptic Mississippi as an e-book single, which will help launch the publisher’s new imprint, Simon451 (http://pages.simonandschuster.com/simon451).  The 8-10,000-word piece will appear this fall.

“Rivers” imagines a world of never-ending hurricanes that have devastated the Mississippi Gulf Coast, causing the government to abandon everything below a line 90 miles north of the battered region.

“The prequel will probably deal with the days surrounding the declaration of The Line,” Smith said.  “Simon & Schuster asked me to write this as part of their launch of an imprint that will publish speculative fiction.”  The genre includes science fiction and fantasy, including apocalyptic works such as “Rivers.”

Smith, who is now at work on his next novel, says it’s been hard to let go of the world he created in “Rivers.”  “My new work is so different.”

To promote his book, the Mississippi native, who attended Mississippi State University, William Carey and The University of Southern Mississippi, has made appearances in nearly 30 cities, ranging from locations across the South to Brooklyn, N.Y., and, in April, Los Angeles. “Rivers” has met with great critical success, named by BookRiot last December as one of the best books of 2013.

Simon & Schuster also is reissuing Smith’s novella, “The Hands of Strangers,” as an e-book, which will be available this year.  Meanwhile, he also is contracted with Silver Lake Entertainment (http://silverlake-ent.com/), a literary management and production company, to develop screenplays.

While busy with a blossoming writing career, Smith also is carrying a full academic load at The W, this semester teaching a fiction writing workshop, contemporary literature and two sections of world literature.

FOR IMMEDIATE RELEASE
Feb. 24, 2014
Contact: Maridith Geuder
(662) 329-1976
This email address is being protected from spambots. You need JavaScript enabled to view it.