The W’s Humanities Teacher of the Year to present Monday 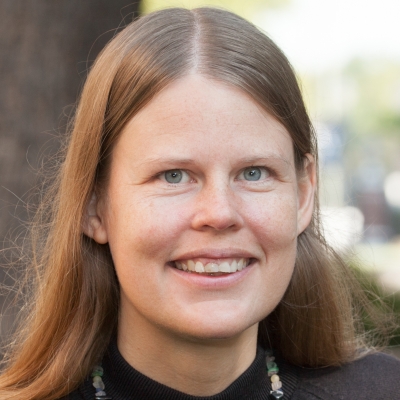 COLUMBUS, Miss. -- The Bard may be nearly 450 years old, but he still matters today, according to an assistant professor of English at Mississippi University for Women who has been named the university’s Humanities Teacher of the Year.

Presented annually by the Mississippi Humanities Council, the awards to faculty members at Mississippi colleges and universities recognize the contributions of humanities faculty in the state.  Dr. Nora Corrigan’s public 6 p.m. Monday [Nov. 18] lecture in Painter Hall will be titled “Shakespeare at (Almost) 450:  Why He Still Matters.”

The event will help launch The W’s celebration of Shakespeare’s 450th birthday, which will feature, among other activities, a public film series during the spring of 2014.  In her talk, Dr. Corrigan will explore the continued appeal of Shakespeare’s works, focusing especially on three scenes from plays the series will feature:  “Henry V,” “Love’s Labour’s Lost” and “King Lear.”

She will also address the ways that Shakespeare’s works reflect the value of the humanities more generally, as well as what the plays say about education in the humanities—questions such as “what sort of people should we become through study?”

Corrigan earned her undergraduate degree from The College of William and Mary, her master’s and doctorate from The University of North Carolina at Chapel Hill. Her areas of interest, in addition to Shakespeare, include gender and class in early modern drama, history plays and popular ballads.

FOR IMMEDIATE RELEASE
Nov. 14, 2013
Contact: Maridith Geuder
(662) 329-1976
This email address is being protected from spambots. You need JavaScript enabled to view it.