History of the Communication Program

Mississippi University for Women's Communication program possesses a distinguished history, replete with distinctive changes and substantial progress. A review of that history illustrates the program's innovativeness and vision for the future.

In 1885, when the W still answered to Industrial Institute and College for Women, Pauline Orr served as first teacher of English and Elocution (Speech) and was hired to head the department. This department debuted the first school newspaper, The Power, in 1892. During the 1904-1905 school year, the newspaper became The Spectator, which it remains to this day. Interestingly, The Spectator began as a literary magazine, but quickly switched to covering news around campus.

Nineteen-twenty-six marked the entrance of the distinguished Southern author Eudora Welty. The then-unknown Welty served on The Spectator as staff writer and cartoonist, drawing the "Missie Dear" strip. 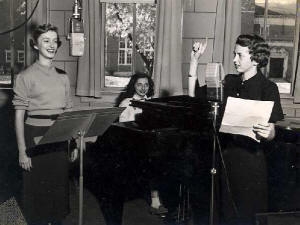 When Cromwell arrived in 1949, he helped develop the W's first radio station, which broadcast from Orr Chapel, named in honor of Pauline Orr.

In 1977, the Journalism department (renamed in 1976) moved into the new Cromwell Communications Building. The building was dedicated to the then-retired Harvey Cromwell. It boasted the highest advances in technology of the time in the fields of print journalism, radio and television broadcasting, and speech pathology. 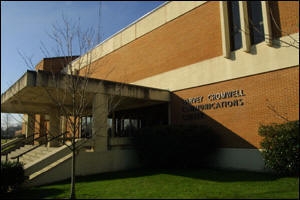 In 1981, when the university changed its name to the current moniker of Mississippi University for Women, the new radio station, called WMUW and now located in Cromwell, made its first broadcast on 88.5 FM.

The MUW Communication Department also hosted the annual Ray Furr Journalism Workshop for many years. This workshop brought interactive instruction in the field of journalism to high school and junior college students. Originally, students would travel to the MUW campus from across the state. Eventually, the Ray Furr Journalism Workshop offered both an on-campus and an online experience with live interactive lectures broadcast as streaming video and audio to participating schools. 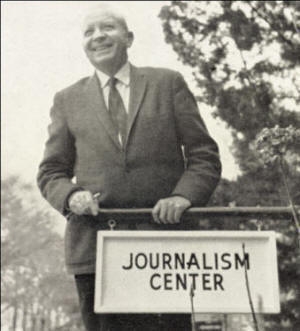 Ray Furr made a lasting contribution to the University as head of the department from 1960 until his death in 1970. He started the tradition of the Silver Inky in 1969 and it continues to honor journalists of note, who rightly deserve recognition for their pursuit of excellence in reporting the news, and years of hard work, dedication and public service.

The Communication Department holds a dignified history, and the future promises only more of the same. Join the students and faculty of the Department of Communication at MUW, and become a part of this innovative program with a proven track record of producing outstanding Communication scholars and professionals.